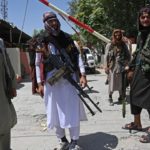 Hardeep Bedi The Kashmir Valley has witnessed enhanced activity in the security domain over the last two weeks. Security Forces (SF) have achieved considerable operational success against terrorists.  A major operation by the SF in Thanamandi, District Rajouri on 19 August, led to the killing of two terrorists. Sadly, a Junior Commissioned Officer (JCO) of the army, Subedar … END_OF_DOCUMENT_TOKEN_TO_BE_REPLACED

Dr. Simrit Kahlon The Nation is exhibiting exemplary resilience and courage in the face of the monumental COVID-19 challenge. The spirit of the people gives hope that the hard times will soon pass over and the country will emerge stronger with time. Jammu and Kashmir (J&K)  remained relatively less affected, till recent times, when a huge surge in cases has been witnessed. … END_OF_DOCUMENT_TOKEN_TO_BE_REPLACED 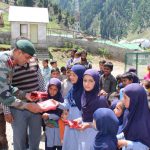 Jasbir Sarai It is being alleged that three men from Rajouri, who had gone to work as labourers in Kashmir, have been killed in the course of a counter-terrorist operation in Shopian. The gunfight took place on July, 18 and the men, declared unidentified at that time, have now been identified on the basis of photographs shown to the families. Earlier, the families had … END_OF_DOCUMENT_TOKEN_TO_BE_REPLACED