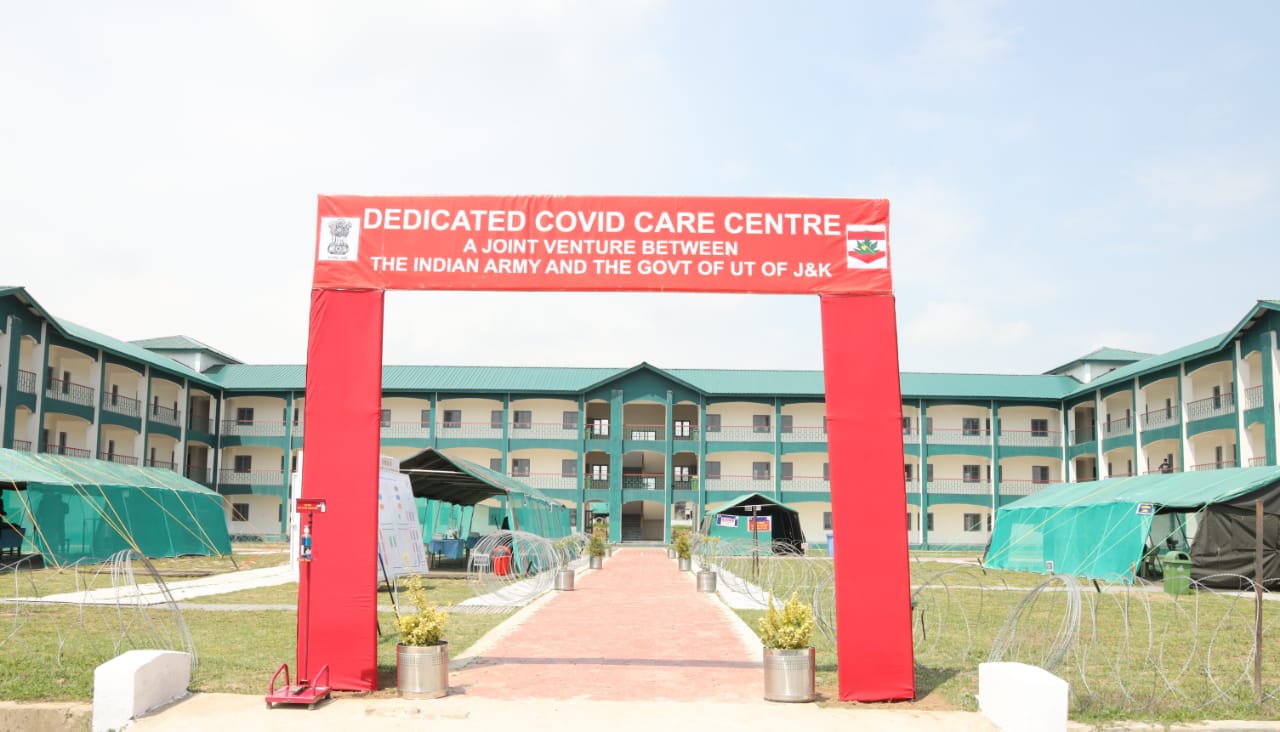 The Nation is exhibiting exemplary resilience and courage in the face of the monumental COVID-19 challenge. The spirit of the people gives hope that the hard times will soon pass over and the country will emerge stronger with time. Jammu and Kashmir (J&K)  remained relatively less affected, till recent times, when a huge surge in cases has been witnessed. The daily infection rate has started touching 4000 after having dropped to near zero in November-December last year and the beginning of the current year. The death rate has also gone up. The total number of active cases in Srinagar and Jammu were reported at 9,554 and 6,478 a few days back.

As in all cases of emergency in J&K, the Indian Army has stepped in to support the people. While taking all precautions for the safety of its own troops, it is putting in a massive effort to ease the COVID situation in the Union Territory.

The Army has been carrying out massive information campaigns to motivate people to come forward and get vaccinated. It is holding vaccination camps in collaboration with the local Community Health Centre. Recently, two such camps have been organised at Mathiyanigala and Moughla in District Rajouri. Similar camps  are being held across the state. Such locals who are hesitant to get vaccinated come to the camps because they trust the Army; they feel that since the Army is involved the vaccination process would be safe and beneficial. In these camps the Army also gives lectures and talks on the steps to be taken to avoid infection like wearing masks, maintaining social distance, washing of hands etc.

The Army is aware that with a rise in the number of cases the health machinery of the state is coming under stress. Accordingly, it has set in motion a plan to ramp up the facilities,  A few days back it operationalised a 250 bed “Dedicated Covid Health Care Centre” at the JAK LI centre in Rangreth, Srinagar. This facility has been created in record time in response to the Covid surge in Srinagar. Equipped with a 20 bed state-of-art high dependency unit and 230 bed post-critical care ward, the facility has all modern equipment like ICU beds, Laboratory,  X-Ray machines etc. The medical service will be provided by the health department and admission will be on the recommendation of the health services. It will augment the Government medical health infrastructure significantly.

The Government of the Union Territory is also responding to the critical situation with alacrity. Red Zones and containment areas are being identified and lockdown, both partial and complete, is being invoked as the situation demands.

In order to percolate all COVID related orders and instructions, the UT Government has added a new “Government order in wake of COVID-19” link to its official portal. All instructions regarding the COVID situation can be accessed there. It contains a list of essential services that can function under lockdown conditions which includes food stuff, grocery, banks post offices, health facilities etc.  Government offices have been directed to function with roughly 50 percent strength; alternate week attendance rosters having been prepared.

While the Government, the people and the Indian Army are putting their best foot forward to save precious lives, the terrorists are attempting to take advantage of the situation to push their evil and nefarious activities. On May 1, terrorists attacked a police party in the Anantnag District of South Kashmir. One policeman, Ghulam Mohd, suffered injuries, The entire area had to be cordoned and search carried out, despite the COVID conditions.

The Army, however, is not allowing the luxury to the terrorists of leveraging the emergency conditions. Counter-terrorist operations continue in a relentless and incisive manner as before. On May, 4, two terrorists were eliminated in a joint operation conducted at Gosia Colony, Nathipora of Sopore Town. The operation was launched on the basis of specific intelligence received from the Jammu Kashmir Police (JKP). Even under these tense conditions, when the need was to quickly finish the operation, due care was taken to avoid collateral damage to life and property and the terrorists were given an opportunity to surrender. The terrorist retaliated with fire and then no option but to eliminate them was left; one AK and one INSAS Rifle were recovered from the encounter site.

The terrorists will not succeed in their nefarious designs, but it is sad to note that they have completely set aside the basic tenets of humanity and become enemies of the very people whose champions they profess to be.

The Indian Army is assisting in the fight against COVID not only in J&K but across the nation.  Defence Minister Rajnath Singh is closely monitoring the situation through regular video conferencing with his senior staff including the service Chiefs, heads of medical services and others. The Defense Research and Development Organisation (DRDO)  that functions under the Union Ministry of Defence is constructing ad-hoc  COVID hospitals across the country each having a capacity in excess of 500 beds. Additional doctors have been mobilised.  Infrastructure has been put in place for rapid transportation of medical requirements both by surface transport and by air, within India and from abroad. Oxygen plants are being manufactured under PM Cares and will be deployed soon. The Army, therefore, is in a position to considerably ramp up medical facilities in J&K should the need arise.

The main requirement of the hour is to have faith and patience. Faith in the Almighty, the strength of the nation and the will of the people to overcome this crisis. Patience to maintain a positive mindset and not succumb to panic which seems to be a bigger killer than the COVID infection itself.  With its synergised effort involving the people, the Government and the Indian Army, J&K should take a lead in setting an example in good handling of the COVID situation.

(Dr. Simrit Kahlon is a social worker and an academician)