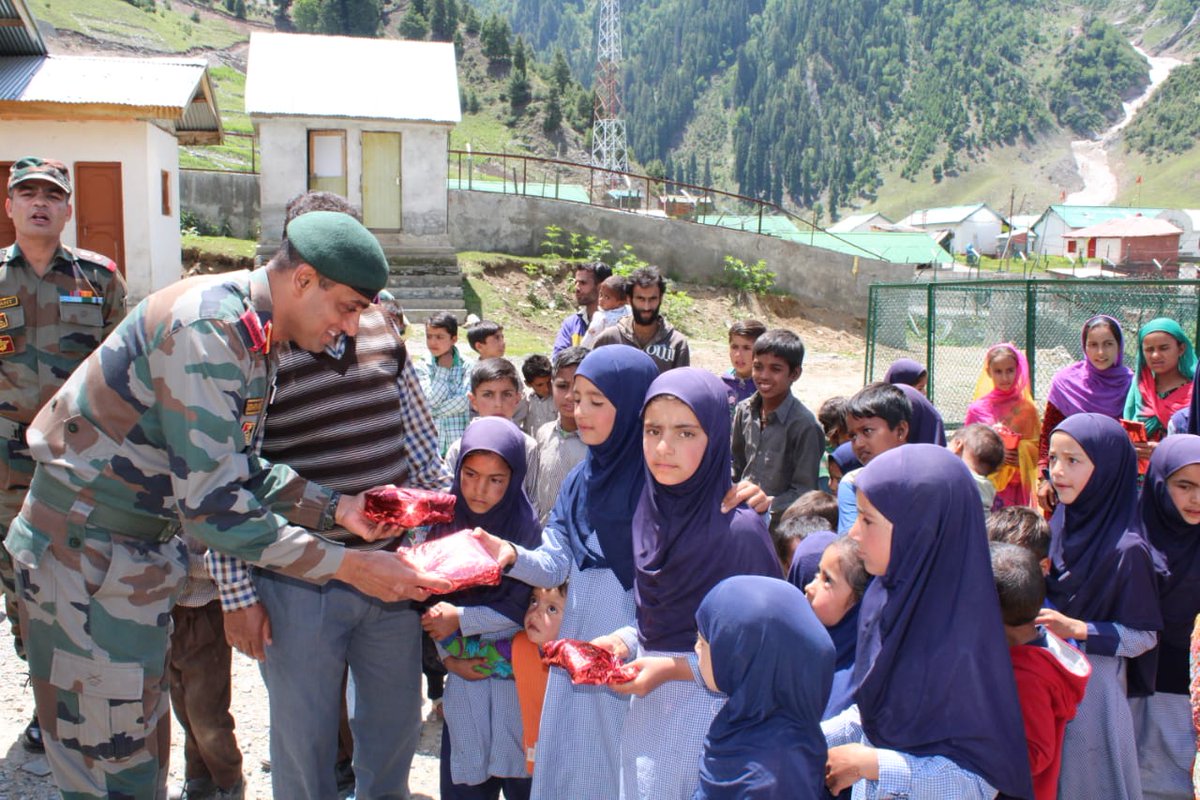 It is being alleged that three men from Rajouri, who had gone to work as labourers in Kashmir, have been killed in the course of a counter-terrorist operation in Shopian. The gunfight took place on July, 18 and the men, declared unidentified at that time, have now been identified on the basis of photographs shown to the families. Earlier, the families had registered a missing report for their kin; the DNA reports are awaited.

The Indian Army took cognisance of certain reports concerning the incident and immediately instituted an inquiry under the Army Act. Reports suggest that the process was initiated by the Corps Commander of the Srinagar based Chinar Corps, Lt. Gen. BS Raju.

This quick response, by the army, to a whiff of a misdemeanor clearly indicates the resolve of the organisation to ensure conduct of sensitive counter terrorist operations from the highest ethical platform as laid down in the Armed Forces Special Powers Act (AFSPA) and the “Do’s and Don’ts”(also called Ten Commandments) given by the Chief of Army Staff and approved by the Supreme Court. It is clear that the Army is not ready to tolerate violation of the established ethical platform under any circumstances.

The Ten Commandments are, no rape;  no molestation; no torture; willingly carry out civic actions with innovations; respect for human rights; no Military disgrace. (loss of arms, surrender, loss of post or imbibing of an un-army like culture); no meddling in the civil administration (i.e. Land disputes or quarrels) and others in the professional domain.

It seems that, in this case, contravention was in respect to human rights violation. As the legal process commenced the Army also put in an advertisement in local newspapers requesting for “credible information” on the case.

What stands out here is the quick and humane response of the army authorities to meet ends of justice. Further, the army has sent out a message that despite functioning under the protection of AFSPA it does not countenance any act of indiscipline by its soldiers and will not hesitate from investigating and appropriately dealing with any such matter that comes to its notice.

There is a human rights cell in all army headquarters from the Division level upwards. This cell takes cognizance of all cases of human rights violations that are reported by the national/state human rights commissions or any other body and immediate inquiries are instituted. Cases that come to light within the service itself are also subject to an inquiry.

Such cases that deem legal action are dealt in accordance with the stringent provisions of the Army Act, 1950. A sizeable number of soldiers have been meted out exemplary punishment in the form of dismissal from service and imprisonment in earlier instances in the state of Jammu and Kashmir itself. In November 2014, the Indian Army convened a General Court Martial (GCM) to try five Indian soldiers, including two officers, on charges of conducting a fake encounter in the Machil sector of the Kashmir valley in the year 2010. The GCM found the soldiers guilty and awarded them life imprisonment.

So far as the incident under reference is concerned, security forces have confirmed that the operation was conducted jointly by the Army, JK Police and the paramilitary forces on the basis of an intelligence input about presence of terrorists in Village Amshipora of District Shopian. It has also been confirmed by the security forces that the encounter started when holed-in terrorists opened fire on the security forces. When it ended, three bodies were found there which are now being said to be those of the labourers from Rajouri. Some arms, ammunition and other war like stores were also recovered from the encounter site. A point of significance is that though the operation took place on 18, July and the families had lost contact with the men on 17, July itself.  It is well possible that the terrorists had taken the labourers into their custody a day earlier and then used them as human shields.

The involvement of this trio with terrorism or related activities is also under investigation by the police. Their presence, since their arrival, in places considered to be terrorist dens in Shopian is being probed. The reason behind their jumping out of a window when an operation was launched at their rented accommodation is also being looked into.

So far as the Army is concerned, it has accepted that “Prima Facie” evidence suggests that the troops who conducted the operation used power in excess of what is permissible under the AFSPA, against the spirit of the Ten Commandments by the COAS. “Committed to ethical conduct during anti-militancy operations, the Army initiated an inquiry after social media reports indicated the three men were from Rajouri district in Jammu and had gone missing at Amshipura,” said Col Rajesh Kalia, the defence spokesperson in Srinagar while adding that, “the probe will be completed in four weeks.”

Justice meted out by the army through its internal mechanism is invariably quick and exemplary; had this case been tried in a civil court it would have dragged on for years on end. All through the period of turmoil in Jammu and Kashmir, the Army has been maintaining high standards of transparency and punishing those among its ranks who are indicted for violating rules. Yet, the unfortunate reality is that the conduct of counter-terrorist  operations against a vicious and well trained enemy of foreign origin has its own set of challenges, including collateral damage. This said, all efforts are being made to keep collateral damage at the minimum even at the cost of buying casualties within the army. Alongside, is the need to protect the soldiers in cases of professional expediency and also mete out exemplary punishment in instances of dereliction of duty and breaking of established protocols.

(Jasbir Sarai is a military veteran and a social worker)