Jasbir Sarai The moment the word “separatist” is used in India, it conjures the image of Syed Ali Shah Geelani, Mirwaiz Umar Farooq and their colleagues of the All Party Hurriyat Conference (APHC) in Kashmir, who subscribe to this ideology. In the context of India’s freedom struggle in the twentieth century, however, use of the ideology of separatism as a political tool in … END_OF_DOCUMENT_TOKEN_TO_BE_REPLACED 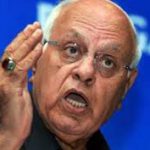 Dr Simrit Kahlon Age does not diminish a father’s urge to protect his son; this has been amply proved by Farooq Abdullah, the patron of the National Conference of Jammu and Kashmir that is sitting in opposition and not liking it one bit. In an immature bid to boost the withering relevance of his son, Omar Abdullah, Farooq Abdullah has made some controversial statements in the … END_OF_DOCUMENT_TOKEN_TO_BE_REPLACED 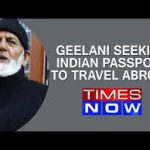 Jasbir Sarai Tehreek-e-Hurriyat chairman Syed Ali Shah Geelani has applied for renewal of his Indian passport. Media reports suggest that he wishes to visit his ailing daughter in Saudi Arabia. The issue of a passport to Syed Geelani or any other separatist leader is a non-event for the Government of India. All the separatist leaders use Indian passports or their many foreign … END_OF_DOCUMENT_TOKEN_TO_BE_REPLACED 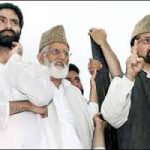 Ranjan Chauhan The Hurriyat is again making an attempt towards reunification. The development is a negative fallout of the misconceived political posture adopted by Mufti Mohammad Sayeed after assuming office of Chief Minister, Jammu and Kashmir.  His attempts to reach out to the separatist elements in the state have been inferred as a sign of weakness and an attempt is being … END_OF_DOCUMENT_TOKEN_TO_BE_REPLACED 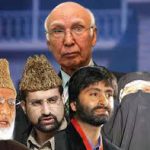 Jaibans Singh The All Party Hurriyat Conference, popularly referred to as the Hurriyat, is a Pakistan-sponsored separatist conglomerate based in the Kashmir Valley. Created on March 10, 1993, the Hurriyat is a loosely knit alliance of 26 secessionist political, social and religious organisations with an agenda to further Pakistan’s illegitimate claim over the Indian State of … END_OF_DOCUMENT_TOKEN_TO_BE_REPLACED 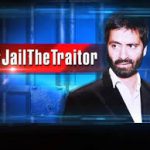 Jasbir Sarai As the Kashmir valley struggles to grapple with an unprecedented and highly adverse situation of floods and inundation the separatists are adopting an appalling and despicable posture. Among the array of shameful activities being engineered by them to derail the rescue and relief process is an abominable attempt by Yasin Malik to “capture and loot” a rescue boat … END_OF_DOCUMENT_TOKEN_TO_BE_REPLACED

Jaibans Singh The Indian government has finally built up courage to question the Kashmiri separatist leader, Syed Ali Shah Geelani. He has been questioned for 15 minutes by the Delhi Police at the Lodhi Colony Police Station on the issue of giving recommendation for travel to Pakistan to one Athesham Malik who has been arrested along with two others for links with the … END_OF_DOCUMENT_TOKEN_TO_BE_REPLACED