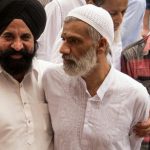 Lt. Gen. PS Mehta Sikhs of J&K have been on the forefront ever since the erstwhile Empire of Maharaja Ranjit Singh. They have made innumerable sacrifices towards the service of the State and the Country despite being a minuscule minority. In the 1947 Kabali raid on J&K nearly one lakh Sikhs including women and children sacrificed their lives in the defense of their … END_OF_DOCUMENT_TOKEN_TO_BE_REPLACED 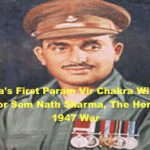 Jaibans Singh 03, November, 2017, came and went with most Indians going through routine chores. Few would have paused to reflect on the significance of the day for the country. It was on this day the Major Somnath Sharma, an officer of 4 Kumaon of the Indian Army created history, in 1947, by stalling the Pakistan tribal invasion in Srinagar in the historic Battle of Budgam. … END_OF_DOCUMENT_TOKEN_TO_BE_REPLACED