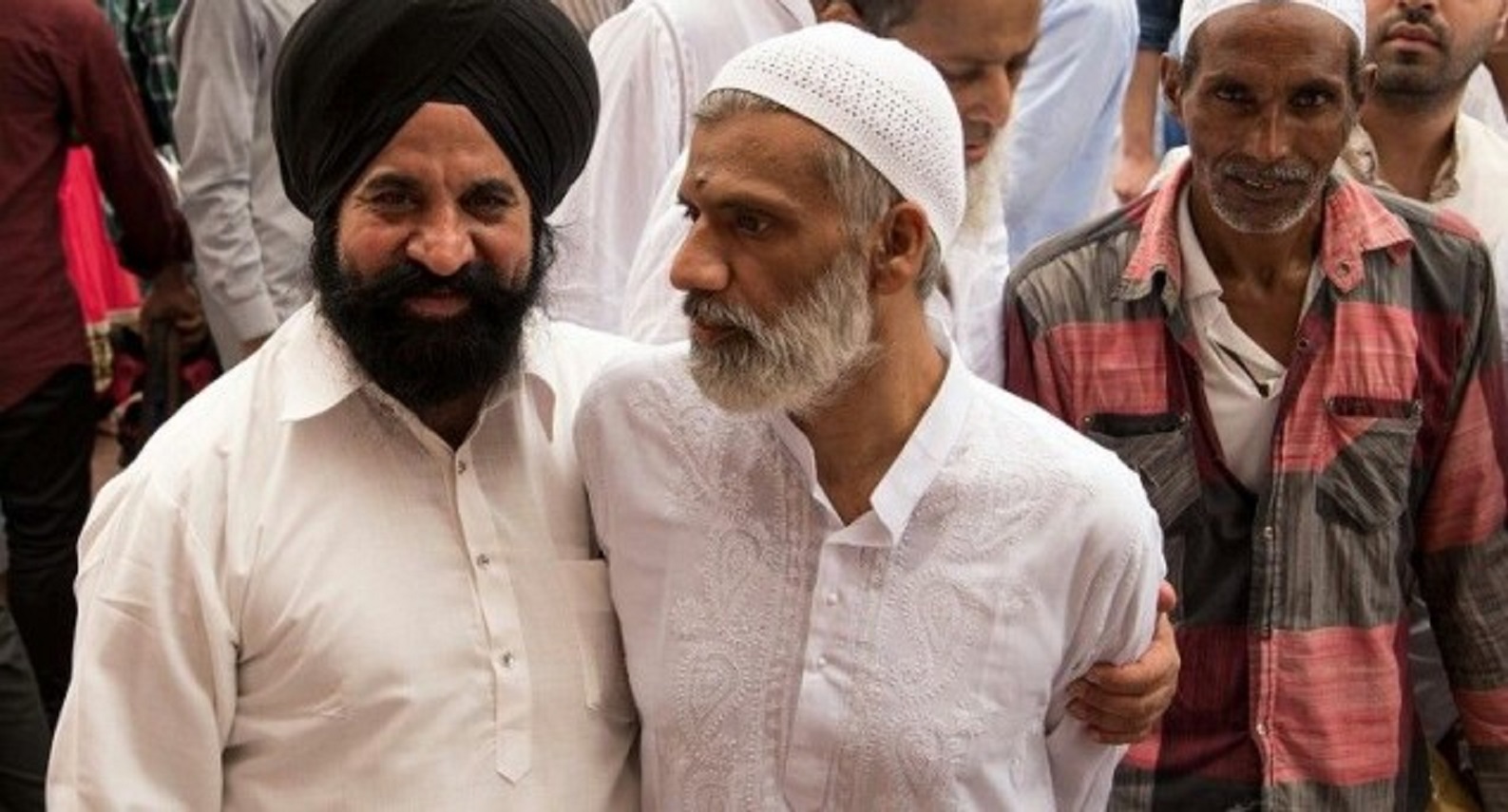 Sikhs of J&K have been on the forefront ever since the erstwhile Empire of Maharaja Ranjit Singh. They have made innumerable sacrifices towards the service of the State and the Country despite being a minuscule minority. In the 1947 Kabali raid on J&K nearly one lakh Sikhs including women and children sacrificed their lives in the defense of their motherland. Unfortunately there does not exist any official data /record of those who perished. What exists are certain numbers/names compiled by some local Sikh authors/eye witnesses albeit grossly inadequate since this has been compiled based on word of mouth tales.This gap needs to be filled officially and recorded for posterity.

On 22 October 1947, Sikhs along with their families retreating from the area of Muzaffarabad towards Poonch, Baramulla and on to Budgam faced extreme brutalities to include mass rapes, loot, plunder and deaths in the hands of the Kabalis. Sikhs fought with whatever weapons they had to include muzzle loading rifles, shot guns, swords, spears and some captured rifles of the slain Kabalis. They managed to delay the advance of the Kabalis from Muzaffarabad to Baramulla for nearly four days from 22nd to 26th October 1947.

There was desperation in the air. While engaging the Kabali’s they lost many of their loved ones and in order not to compromise the honour of their women folk at the hands of the invaders they even resorted to killing their own daughters and women. Some women folk  jumped in to River Jhelum and pyres of their family members to escape humiliation and torture.Sadly many of them were forcibly taken by Kabalis to the camps beyond Muzaffarabad never to return again.

Thereafter up to 3 November 1947, they delayed the Kabili advance  from Baramulla to Srinagar through hastily organised defenses (Morchas). They also set up improvised cannons made of wood and the propeller shafts of trucks (TMB,  largely the brain child of some ex-servicemen and technicians among whom the names of Sardar Gian Singh Fauji and  Sardar Ujjagar Singh Mistry are prominent.

The Sikhs fought the Kabalis from hastily organised Morchas set up in buildings, Gurudwaras and surrounding hills/raised grounds. Some of the prominent Morchas those were established were Gurudwara Chatti Padshahi Naloochi Muzaffarabad, village Domel, Dhana, Satarna, Choora, Atna, Ichahama and Kanahama. Due to acute shortage of ammunition they could not keep the enemy at bay for long, but did manage to buy vital time to ensure the escape of some of their elders, women and children.

It would be relevant here to get an insight into what the Sikhs were up against. Ten Lashkars comprising 1000 Kabali’s each of tribals from the Northwest Frontiers (Masood and Pashtun Muslims) armed with rifles and machine guns were mobilised for the operations in J&K and were formed into groups to operate under directions / control of Pakistan Army personnel accompanying them,disguised in civil clothes. Maj. Gen. Akbar alias’ ‘Tariq’ was made the overall commander.These mercenaries were paid by Pakistani Government, besides the directions to retain the war booty that they lay their hands on,including women. The concept formed for this invasion code named ‘Operation Gulmarg’ was:-

The mission spelt out to the raiders was to capture Maharaja Hari Singh’s Palace in Srinagar & the Srinagar Airstrip by 26th October 1947 (the day of Eid Festival).The explicit directions were to kill the Sikhs as it was correctly appreciated to be the community which would fight and resist the Kabalis.

Sikhs kept fighting retrograde battles only to be overwhelmed by sheer enemy numbers and superior fire power. Many who survived managed to reach Srinagar safely. The delay imposed by the action of the Sikhs not only saved Srinagar town, but also the strategic Srinagar Airstrip from falling into the hands of the invaders. The time gained facilitated the Indian Army to land on 27th October at the un-captured Srinagar airstrip.

Ironically the actions and sacrifices of the Sikhs were never recognised by the State or India. There was, instead, a grand design to move the Sikh community out of J&K for good to Delhi, Dehradun & Chakrata as a political maneuver by Sheikh Abdullah & Pundit Nehru. The Sikhs who were on the run from Muzaffarabad were not allowed to stay in Srinagar, but were unceremoniously asked to move to Jammu Province by Sheikh Abdullah. The Sikhs who were uprooted from Baramulla and Uri and later those who returned back to their villages were given very meagre support comprising four logs of Deodar trees and Rs 200 as Loan per family to reconstruct their burnt houses. Letters to return these loans were received by these Sikhs till as late as 1980’s.

Sikhs have continued to face the wrath of Kashmiri Muslims (KMs) as also Kashmiri Pundits (KPs) all along. KMs and Sikhs were always inimical towards each other and could not look eye to eye due to distrust till as late as 1980s. However, after Operation Blue Star (1984) the KMs changed their attitude and adopted a softer approach towards the Sikhs probably at the behest of Pakistan.  The KPs, on the other hand, were ruling the roost being educated but corrupt and heading most of the Government Departments were reaping all the benefits themselves. As a result there was a severe disruption among the communities both psychologically and socially.

Sikhs lost their lands to the tillers under the absurd Revenue Act framed by Sheikh Abdullah aimed at compensating the KM tillers by robbing the Sikh of their properties. Unfortunately, this act or SRO was signed by non-other than Dr Karan Singh the then Wazir-e-Azam of J&K without due deliberation towards the affected communities. Despite this, the recently enacted Roshini Act by local Kashmiri political parties in a blatant move to mutate Forest and Government land in favour of KMs both in Kashmir and Jammu Divisions in a bid to enlarge the arc of Muslim demography in Jammu Division besides helping their poorer sections illegally further upset the political balance and harmony amongst the communities.

The Sikhs have continued to be systematically left out of the Government announced schemes,even after re-organisation of the State into UTs for reasons best  known to the State and Central Governments. Non-inclusion of Sikhs in the 4% Quotas Reservation for Government jobs as part of the Pahari community on the basis of the common language, and non-inclusion of a Sikh member in the JK UT Public Service Commission announced recently.

Sikhs who have proved to be the saviors of Kashmir during the Kabali raid instead of being rewarded have been targeted by all for reasons beyond comprehension. Sikhs even stood the ground and did not migrate from the valley over the last three decades of insurgency despite being targeted by the terrorists. Like true Indian Nationals Sikh stayed back as the symbols of Indian community holding the Tiranga sky high and denying the Pakistani agenda of Kashmir being a pure Muslim state. Its time Delhi realises their sacrifices and includes them with dignity in all schemes and policies being formulated in the JK UT.  Lastly the draconian revenue act which took away most of the landed property needs to be revisited urgently.