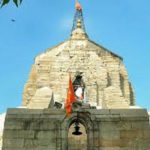 Dr. Simrit Kahlon The Kashmir Valley is known across the world, not only for its alluring beauty, but also for its religious significance. It is a place where, in line with the predominant Sufi culture Kashmiriyat, religious coexistence and integration was at its peak before being destroyed by foreign sponsored terrorists. Many sacred places belonging to different … END_OF_DOCUMENT_TOKEN_TO_BE_REPLACED 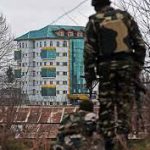 Mehtab Karan Singh For the second time in this year, a group of terrorists took refuge in the Entrepreneurship Development Institute (EDI) building at Pampore. The counter terrorist operation lasted from almost three days before the two holed in terrorists were eliminated. In the earlier instance in February this year, one civilian, three soldiers and two paramilitary troopers … END_OF_DOCUMENT_TOKEN_TO_BE_REPLACED