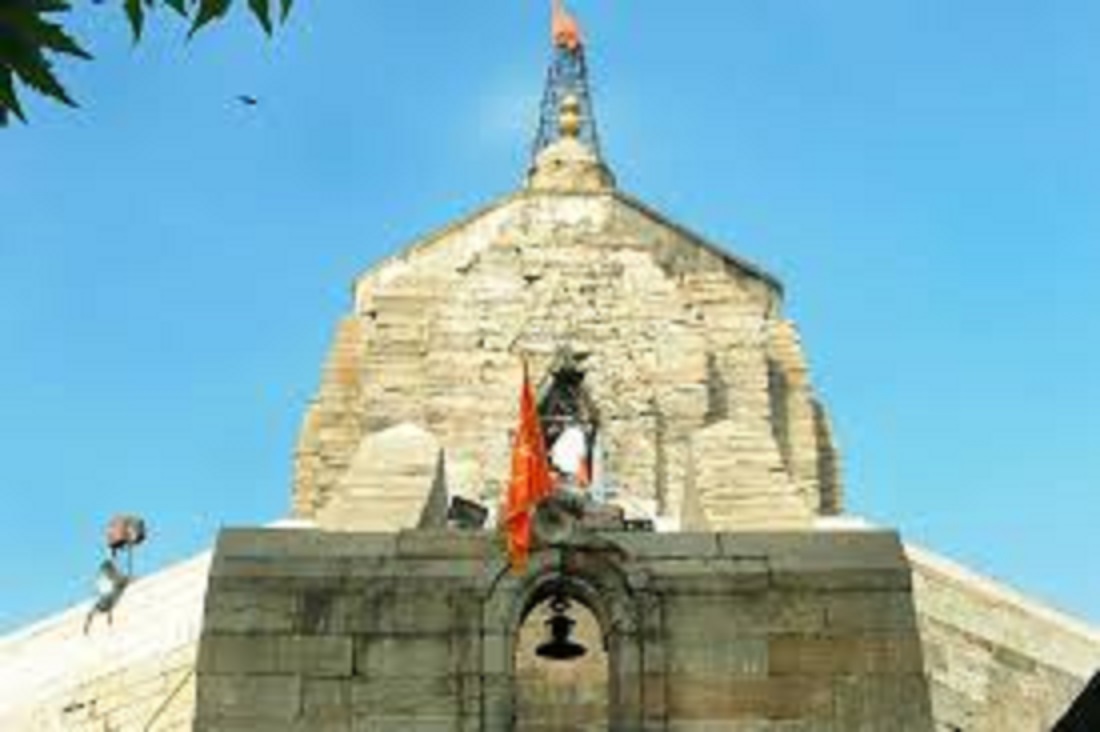 The Kashmir Valley is known across the world, not only for its alluring beauty, but also for its religious significance. It is a place where, in line with the predominant Sufi culture Kashmiriyat, religious coexistence and integration was at its peak before being destroyed by foreign sponsored terrorists. Many sacred places belonging to different communities can be found in the Valley

Charar-e-Sharif in Kashmir is the Mausoleum of Shaikh Noor-ud-Din Noorani who was the greatest Sufi saint of Kashmir. Foreign sponsored terrorists burned down the Mausoleum in 1995 at the behest of Pakistan. it has been rebuilt. The Sheikh, born in 1377 AD, personified the Hindu-Muslim culture of the Valley.

Gautam Nag is a sacred place in Anantnag, Kashmir, associated with the meditation of Gautam Rishi who was also a Muslim Sufi saint.

Hazratbal is a beautiful Mosque that can be seen across the Dal Lake from the iconic Shalimar Garden. It is the repository of a single hair of the Prophet Mohammed (PBUH), exhibited to the public on certain days of the year.

The tomb of King Zain-ul-Abidin is located between the Zaina Kadal and Ali Kadal bridges. The tomb shows a clear Persian influence in its domed construction and glazed tiles.

In the remote valley of Gurez there is a formidable peak named Habba Khatoon. This pyramid shaped peak has been named after famous Kashmiri Sufi poetess Habba Khatoon.

Shri Amarnath shrine, located at the head of the Sind Valley in Kashmir is dedicated to Lord Shiva.  It was from Kashmir that Shiva devotion spread in India and across the world.  The shrine is flanked in the north by the great Himalayan range and in the south by the Sasakat mountain range. It is located beside a small tributary of the Sind River called Amaravati. It is believed that the Lord Shiva narrated the Amar Katha (Narrative of Eternal Life)  to Goddess Parvati in this cave.

Every years a massive Yatra (Pilgrimage) is undertake by devotees of Shiva, mostly Hindus, within a fixed period when the shrine is opened to the public. The Muslims of the area have never heeded the diktats of terrorists and they participate in the pilgrimage with fervour equal to that of the Hindus.

The Shankaracharya Temple,  is also dedicated to Lord Shiva. It is on top of the Shankarachcharya Hill on theZabarwan Mountain range in Srinagar. The temple is at a height of 1,000 feet (300 m) above the valley and overlooks the city of Srinagar.

Martand Sun Temple, is a spectacular shrine dedicated to Surya (the Sun). It lies at a distance of about seven kms from Anantnag. It was constructed between the 7th and the 8th century.

The Kheer Bhawani Temple, located in Tullamula, Srinagar, is a highly revered shrine of the Kashmir Pundits. The temple is situated in the middle of a natural spring and is dedicated to Ragnya Devi (form of Goddess Durga). Muslims of Kashmir participate in the Kheer Bhawani festival with great fervour.

Jaya Devi Temple, also known as Jaya Devi Asthapan, located in Bijbehara, Kashmir, is the shrine of Mother Goddess. It is considered as one of the earliest Shakti Sathals of Kashmir.

An ancient Hanuman Temple also called the Srinagar Hanuman Mandir, is located at Lal Chowk, Kashmir. This type of personification of Bhagwan Hanuman is a rarity, not seen in other Hanuman temples in India.

The 200-year old Ganpatyar Temple, situated in the heart of Srinagar is dedicated to Lord Ganesh. It holds great significance for Kashmiri Pandits.

Gurdwara Mattan Sahib, situated at a distance of 60 km from Srinagar, is a highly revered Gurdwara of the Sikhs. It isdedicated to the memory of Guru Nanak Dev Ji. Apart from Sikh devotees, Brahmins and Muslims also pay homage here.

Gurdwara Guru Nanak Sahib,  situated in Awantipura, about 29 km from Srinagar, is the place where Guru Nanak Dev Ji met some Shaivaites of the temple of ‘Shankaracharya’. The historic shrine is constructed in the memory of the Guru’s stay there.

Kashmir valley is called the land of Sufis and saints because of the high number of mystics who have graced the region; all of them were secular in thought and action. Kashmiriyat an ancient tradition of the Kashmir people that extols a seamless coexistence between all communities regardless of the religious affiliation. It speaks of a unified culture and way of life. In the Kashmir valley people may pray to different Gods but they also have a lot many Sufis and Saints in whom they believe collectively. For a visitor to Kashmir it would be difficult to differentiate between a Kashmiri Muslim and a Kashmiri Pundit; they look alike, dress alike, speak alike, behave alike, eat the same food, sing the same songs and even pray together; there are no separate Muslim and separate Pundit colonies in Kashmir.

Prominent among the saints was Lal Ded. She combined Islamic and Shaivite thoughts to create a bridge between all communities. The vision of Lal Ded was carried forward by a great Sufi mystic, Sheikh Noor-ud-Din, whose shrine in Charar-e-Sharif is the most revered place of pilgrimage for the entire Kashmiri community including, not only the Muslims and the Pundits, but also Kashmiri Sikhs and Buddhists.

Kashmiriyat is an off shoot of historical developments over many centuries. Before the foreign sponsored holocaust in the early eighties there was no recorded religious riot or difference of opinion between the communities in Kashmir. Such is the strength of this concept that it is refusing to die despite sadistic and dishonorable attempts by inimical foreign forces.

Many of the aforementioned Temples, and  others too counting in hundreds, are lying in ruins due to neglect and on being destroyed by evil forces at the time when terrorism was at its peak in the Valley.  As the Kashmir region steps into an era of normality it would be worthwhile to resurrect this rich heritage of the Valley that has significance not only for the cultural identity of the people but also as an example of religious coexistence for the whole world.

(Dr. Simrit Kahlon is an academician, columnist and author)