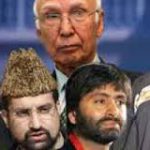 Jaibans Singh The Kashmiri separatist entity, All Party Hurriyat Conference, wants the world to believe that it controls the political narrative in Kashmir and enjoys massive popular support for its movement and ideology.  This impression is created by churning out protest calendars, giving calls for lockouts and then posting cooked up stories and pictures in the many avenues … END_OF_DOCUMENT_TOKEN_TO_BE_REPLACED 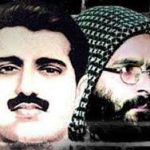 Jaibans Singh The month of February witnesses a disgusting exploitation of the deaths of Maqbool Bhat and Afzal Guru by the Kashmiri separatists to further their evil agendas. It was in this month that Maqbool Bhat was hanged for complicity in the murder of a police inspector and Afzal Guru was hanged for his complicity in the conduct of a terrorist attack on the Indian … END_OF_DOCUMENT_TOKEN_TO_BE_REPLACED