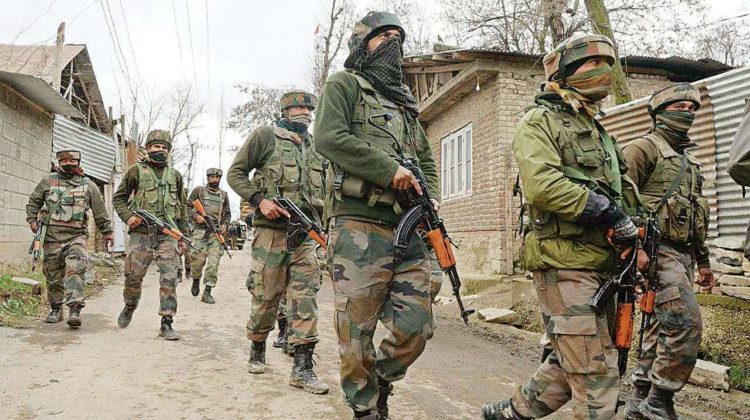 A true short story in memory of great soldiers

“Saab, we should try our luck to kill some terrorists in the village a kilometre to the east. This village is called Dabrun and it was part of our area of responsibility when our company was deployed in Anantnag. We had a number of chance encounters there,” suggested Subedar Pradhan to the officiating Company Commander when the patrol was taking a break in Heaven Cinema after five hours of early morning patrolling.

On 04 December, 1995 the C Company from Achhabal (10 Km away) was tasked to patrol the areas in South of Anantnag as there was a blast in the town yesterday. The officiating company commander who had joined the company two days ago, had no knowledge of terrain and the personnel of the company. But he remembered the words of the actual company commander that he should have full faith in the capabilities of the company. So, he said, “Okay, Saab, but how do we go about it?”

“We do not have enough strength to establish a cordon and then search the houses?”said the officiating Company Commander.

“No, after we cross the tree line, we move rapidly due east and go through the village in three rods. The unexpected movement may cause some terrorists to flee or open fire. Then we regroup and act to finish those. Otherwise, we move five hundred metres ahead of the village and regroup.”

“Okay, Saab but we should be crossing the tree line together.”

“That will be coordinated by your radio operator, Lance Naik Jinnamon”

They started and after 15 minutes the voice of Havildar Vijay crackled on the radio, “Vijay for Tiger, I have reached the tree line. I can see three rice-straw stacks in the freshly cut rice fields ahead. Near one stack there are nine to ten terrorists basking in the sun. Should I open fire at them?”

“Tiger for Vijay, So many terrorists, I hope they are not soldiers from other unit?”

Names of the Heroes inscribed in the War Memorial

“No, by the look of their clothes and weapons I am hundred percent sure that these are terrorists.”

Before the company commander could reply Subedar Pradhan came in, “Pradhan for Tiger, I can also see some terrorists near two stacks. I think we should start engaging them.”

The firing started; some terrorists retaliated while others ran towards the village. Those running towards the village were engaged by Pardhan’s party and one of them fell on the way. After some time, Vijay said, “I am getting heavy fire from straw stacks. I will send a party to my left to close in.”

“Pradhan for Tiger I have started getting accurate fire from the village, probably some terrorists sitting on the roof of a house.”

“Tiger for Vijay, you have very little cover on your left. Keep engaging from your current location. My party is not getting any fire so I will try to close in from this side. Pradhan you also remain in cover and keep engaging.”

After five minutes. “Jinnamon for all stations, Lance Naik Paramjit who was leading advance from this side has been hit. No-one, I repeat no-one to come out in open. All to move by crawling only.”

While the company officiating, commander was organising first aid to Paramjit, balance soldiers moved ahead. Through the open fields they were crawling ahead in two groups one consisted of Sepoy Adesh, Sapper Yadav and Rifleman PS Jamwal(Pawan) and the other group had Sepoy More(मोरे) and Naik Chanderbir. Sepoy Adesh and party reached a small embankment (8-9 inches high) and started firing the Light Machine Gun (LMG) towards the straw stacks. After one minute Sepoy Adesh got injured as he got a bullet in his thigh. Rifleman Pawan dragged him to a side and started firing the LMG. He must have fired two magazines, when he was hit by a bullet and died instantaneously. Sapper Yadav dragged him to a side and started firing the LMG.

Sepoy Adesh said, “Yadav change your location as we are getting accurate sniper fire from the village.”

Before Yadav could act, he got a bullet in his head and died.

Sepoy Adesh shouted, “Chanderbir, we have lost Pawan and Yadav. Do not come here.”“We cannot leave you unattended,” replied Chanderbir and started crawling towards him. As they reached, Adesh told them about the situation. Both took the LMG and crawled ten metres away and started engaging the terrorists. After firing about three magazines Chanderbir also got a sniper shot and died. Adesh shouted, “More this place is marked by sniper so just lie doggo.” But More was not the soldier who would give up. He crawled to Yadav and Pawan, took out the metal plates of their bullet proof jackets. Crawled back to Chanderbir, took out his metal plate to make a protective wall and resumed firing LMG. A couple of bullets hit the plates but it couldn’t suppress him. The terrorists stuck near the straw stack couldn’t get away and finally got killed.

Meanwhile, Pradhan’s party had moved up and were just fifty metres from the terrorists. As they saw a terrorist trying to crawl away. Pradhan ordered, “Jagdev fire at him.”

Sepoy Jagdev fired two bursts. The movement of terrorist stopped. They kept waiting for more than ten minutes but the terrorist didn’t move. Then suddenly he sat up, aimed at Jagdev and fired. Jagdev was quick to retaliate but forgot to duck down. Pradhan could see the terrorist falling with the impact of Jagdev’s bullet. When he turned to look at Jagdev, he could see the lifeless body of Jagdev.

The encounter lasted till late in the evening. That day Naik Chanderbir, Sepoy Jagdev, Sapper Yadav and Rifleman Pawan had sacrificed their lives. Five soldiers got injured. But they had killed five terrorists of Al Faran group notorious for abducting some foreigners during summers. The terrorist who was killed by Jagdev was their leader Hamid Turkey. Al Faran vanished thereafter. As per the intelligence, there were 21 terrorists near the straw stacks on that day.

Main photo is a pictorial representation not related to the operation