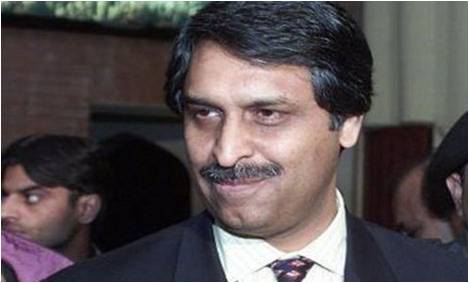 Jalil Abbas Jilani, the foreign secretary of Pakistan is expected at New Delhi to hold a meeting with his Indian counterpart, Ranjan Mathai, on July 4 and 5 as a part of the ongoing dialogue. The meeting was to be a precursor to talks between the foreign ministers of the two countries scheduled in the latter half of July in Islamabad. The said talks, however, has been postponed more so in view of the political turmoil that has recently beset Pakistan, even as the reason being cited is the Presidential elections in India slated for July, 19.

The outcome of the meeting of foreign secretaries will be eagerly awaited since it is taking place against the backdrop of the extradition to India from Saudi Arabia of Zabiuddin Ansari aka Abu Jundal. Jundal is an Indian national recruited by the dreaded Lashkar-e-Toiba (LeT) and located in Pakistan to oversee the 26/11 Mumbai attacks. He has, quite unabashedly, been singing to the Indian police about his role in the attack and has admitted to his association with none other than the LeT chief, Hafeez Saeed. Saeed, he says, involved him in the operation for teaching Indian mannerisms to the terrorists. Later, Jundal guided the operation through satellite telephone.

Also present during the meeting will be Salman Bashir, former foreign secretary of Pakistan and now the designate envoy to India. His discomfiture on the issue of Jundal is also being looked forward to with considerable interest. He took a hawkish stand when India provided evidence of the Mumbai terrorist attack being planned and controlled form Pakistan. He constantly evaded responsibility and maintained a supercilious and evasive posture. He is still remembered for labelling the dossier on Hafiz Saeed’s involvement in the attack submitted by India to Pakistan as a “piece of literature”. It would be interesting to see his acrobatics now that the demonic Abu Jundal is there for all to see.

The preamble to the expected fireworks during this meeting has been provided by an absurd missive sent by Jilani to the separatist leaders of Kashmir to meet him on July, 03, before he sits down to confer with his Indian counterpart. A formal invite has been extended to the Chairman of the Jammu and Kashmir Liberation Front, Yasin Malik and to the Chairman of the moderate faction of the Hurriyat Conference, Mirwaiz Umar Farooq. Syed Ali Shah Gilani, sidelined for some time now, has been given a telephonic message to attend, which gives a clear indication of his subservient relationship with Pakistan.

It must be recalled that a similar meeting called by the Pakistani foreign minister, Hina Khar, during her visit to India in July 2011did not go down well with India. The then Indian foreign secretary went so far as to comment, “There are divergences. We have expressed concerns in a frank and candid manner to Pakistan.” The then Pakistani foreign secretary, Salman Bashir, never in a loss of words to establish falsehoods, responded by saying, “As far as the meeting itself was concerned it is our intention to reach out a wider section of opinion.” The India media also expressed disillusionment with this action and suggested that Pakistan was attempting to establish a “parallel” structure in what should have be confined to the contours of a bilateral exercise.

Let us, for a moment, go with Salman Bashir’s theory of the need to garner a ‘wider section of opinion’. Well, the opinion was taken only a year back; Bashir is privy to the posture of the separatists; it can be reasonably expected that Jilani is also well aware of the said posture; nothing much has changed since then, so where is the need to go for yet another meeting and raise the heckles of the Indian establishment all over again?

The separatists are, of course, on cloud nine; they have once again found their place under the sun. They would be, undoubtedly, looking for assurances of some more assistance in cash and kind from their most abiding ally. They have already polished up their well practised lines; while highlighting the “peaceful” nature of the so called movement for Azaadi in Kashmir, Yasin Malik has reiterated that India and Pakistan cannot keep the Kashmir issue on the backburner and talk about other issues. The Mirwaiz has also parroted his pet theme, “After all Kashmir is the main issue between India and Pakistan and needs serious discussions,” he said while confirming his attendance with a huge delegation of eight people. Geelani is presently sulking because of the slight caused by the telephone call, but one can rest assured that he will not let the opportunity to meet his mentors go by. By resorting to this action Pakistan has caused upheaval in the ongoing peace process in Kashmir.

What could be the reason for the government of Pakistan to take such a step at this critical juncture, when it is desperately trying to organise a visit by Prime Minsiter Manmohan Singh to the country? Has it become a habit for the Pakistanis to come to India and embarrass their hosts? Is it a ploy to deflect attention from the Jundal and 26/11 factor by getting the vocal separatists on the media centre stage? Is it a clever move to keep Kashmir in the focus ahead of issues which would cause discomfiture to the incoming team?

Whatever the reason, the entire exercise is preposterous and it needs to be given a befitting response. India may be ready to move on all tracks to bring about a qualitative change in the relationship; the leaders of the two countries may be sharing a vision which encompasses peace and prosperity in the entire region; there may be a huge urge to enhance relations, but when one side resorts to outrageous machinations, everything else tends to go down the drain; this is what Pakistan should be made to understand.