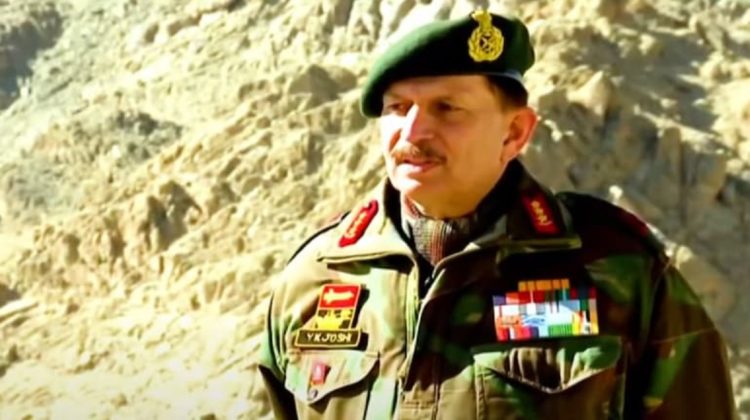 As the ceasefire holds along the line of control, the Northern Command of the Indian Army has initiated a number of welfare initiatives for the people of the border areas, especially those living ahead of the Line of Control (LOC) fencing. In recent days, a special training drive to prepare youth of the area for recruitment in the army has been launched by the Jammu based White Knight Corps of the Northern Command. This apart, a special drive for COVID vaccination has also been held for those living beyond the LOC fencing. Both initiatives have received tremendous response.  As the ceasefire has come as a relief for the people, the Army is ensuring that no such incident takes place which would give to the other side a reason to break it, alongside, vigilance is being carried out through intensive patrolling

The elite Northern Command is in the Golden Anniversary year of its dedicated service to the Nation and the people of J&K. Raised on 17 June, 1972 it has completed 49 years of selfless service this year.  The Command was raised by the legendary soldier Lt. Gen. PS Bhagat, VC, PVSM at a time when India had already faced four major wars. Initially the order of battle was of two corps and one Division; the Chinar Corps in Srinagar was responsible for Kashmir and Ladakh, the White Knight Corps in Jammu was responsible for the Jammu Theatre and the Dah Division was located at Palampur. Post the Kargil War, the Fire and Fury Corps was raised and located at Leh.

The theatre of operations of the command encompasses varied terrain from the icy glaciers of Siachen (the highest battlefield in the world) to the plains of Akhnoor. It comprises of thickly forested mountains, high altitude deserts, glaciers and hot plains. Several forward areas remain cut off for five to six months and have to be air-maintained.

It also has the unique distinction of guarding four different types of borders – the Line of Actual Control (LAC) and Actual Ground Position Line (AGPL) with China and the Line of Control (LOC) and International Border with Pakistan. Each one of these boundaries comes with a separate politico-military perspective which poses a very big challenge. It is not without reason that the command supports the logo “Always in Combat.”

In the 1980s, Pakistan built up a notorious Proxy War in Jammu and Kashmir by infiltrating terrorists in thousands through the porous LOC. The command was called upon to fight a debilitating internal security operation to quell foreign sponsored terrorism and insurgency. The enemy used all means, mostly foul, to gain ascendancy but the brave troops of the command succeeded in defeating his nefarious design. Today, the cult of terrorism lies destroyed.

Operation Meghdoot was launched on 13 April, 1984, to establish control over Indian territories in the icy heights of the Siachen Glacier. In an unimaginable feat of grit and bravery the troops of Northern Command gained control over the dominating heights in a feat of valour that has no parallels in the annals of military history. 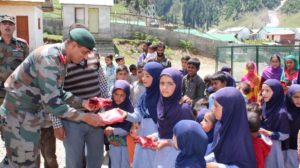 Army bonding with locals in Kashmir

In June, 1999, Pakistan thrust a war upon India with its ignoble attempt to occupy the Kargil heights in Indian territories.  The courage and commitment exhibited by the Indian soldiers in the short, swift and brutal war is now part of military folklore. The intruding Pakistani forces were completely decimated and the country faced international humiliation.

Alongside its achievements in operations, the Northern Command has earned for itself the reputation of being a “People’s Army.” Having been compelled to fight an infiltrated enemy in its own territories, the Northern Command has followed a policy of zero tolerance for human rights violations by its own troops. Cases coming to light, however few and far between, are dealt with swiftly with exemplary punishment meted out to defaulters. Counter-terrorist operations in civilian areas are conducted with great care to ensure minimum collateral damage to civilian life and property, even at the cost of buying own casualties.

It is, however, in the domain of “Winning Hearts and Minds” (WHAM) that Northern Command has set a new benchmark. Decades of terrorism and turmoil has had a devastating effect on the psyche of the people of Jammu and Kashmir, especially so, in the Kashmir valley. The army has put in great effort to ameliorate the suffering of the people through welfare initiatives, in particular, Operations Sadbhavna. There are many areas like education, infrastructure development, medical aid etc where the army takes initiative to assist the people.

In times of calamity and natural disasters anywhere in J&K the Northern Command has unilaterally undertaken relief and rehabilitation works at a massive scale, at times when it was itself grappling with the effects of the calamity.

The Northern Command, under the leadership of the present GOC-in-C, Lieutenant General Yogesh Kumar Joshi, UYSM, AVSM, VrC, SM, ADC is striving to attain the next level of glory in its illustrious history. Since May 2020, the command has been the face of the mighty Indian Army. Under the strategic direction  of the Army Commander, Lt Gen Joshi, and other commanders. it  gained operational, psychological and moral ascendancy over the PLA and made it retract. Lt. General Joshi is the only serving Army Commander who has been awarded for gallantry with a Vir Chakra and Sena Medal to his credit. He is also a known China expert, proficient with the Chinese language and capable of discerning the Chinese military thought process.

The locals share a deep bond of trust and faith with the soldiers of Northern Command which is living up to its slogan of “We Can, We Care.” “We Can” represents the might of the hard power, while “We Care” reflects its soft power and goodness of will.

For the Northern Command, however, the time to sit back and enjoy the laurels of success has not arrived. The enemy is determined to continue with his nefarious designs at whatever cost, he is brutal and ruthless. There is no option but to stay constantly vigilant and ready for all contingencies. The entire Nation stands firmly in support of the brave and noble soldiers of Northern Command with the firm belief that they will never let the enemy succeed.

(Simrit Kahlon is an academician and a columnist)