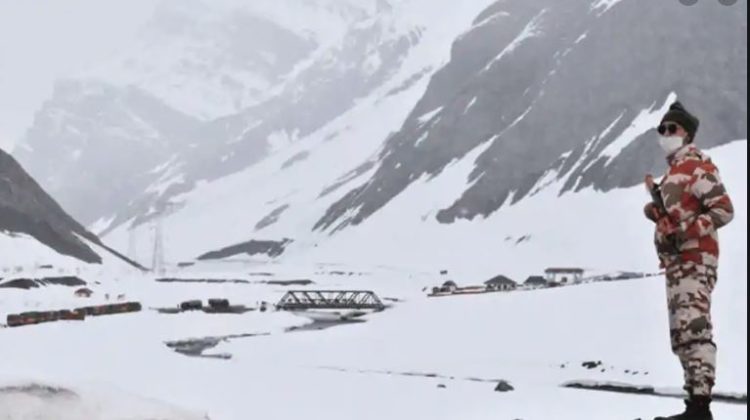 India is grappling with serious confrontation all along its borders with belligerent neighbours – mainly Pakistan and China. Eastern Ladakh witnessed a serious face-off between Indian and Chinese troops in 2020. The Indian Army acquitted itself with distinction while defending the territorial integrity of the Nation. As a result, India emerged as a victor by taking control of the strategically important Kailash range.

Post the face-off, despite being in a dominating position, India adopted a mature approach by opting to engage China in a military dialogue to resolve the situation. The objective was to disengage and then transcend to de-escalation, as elucidated by Army Commander Northern Command, Lt. General YK Joshi. Talks are on between senior commanders of the two armies; they are complex in nature and need to be carried out with a certain degree of confidentiality.

A large segment of the media and information domain completely understands the sensitivity of the situation and has been extending full support to the military and diplomatic initiatives. Sadly, there are certain elements who remain consistently critical of the Indian Army’s efforts towards countering threats to the country; some among them are military veterans.

Recently a magazine named Business Standard carried an article titled “China, India clash again, with PLA back in Eastern Ladakh” written by Ajai Shukla. Ajay Shukla is a retired officer of the Indian Army who now introduces himself as a defence and security analyst.

All through the clash in eastern Ladakh in 2020, Shukla wrote a series of articles critical of the Indian Army and the Government. He even launched personal attacks against the senior officers responsible for the operations and also on Prime Minister Narendra Modi. He built a doomsday scenario that later proved to be unfounded.

In the aforementioned article, Ajai Shukla gives minute details of certain operational aspects pertaining to the Ladakh sector. In the article he states that Chinese troops have again crossed the Line of Actual Control (LAC) in Eastern Ladakh at several places in Demchok and Chumar and that a clash took place between troops of both sides at Galwan in which there were unspecified casualties. He further states that the PLA has deployed S-400 air defence missiles, which he says will drastically erode India’s superiority in air power. Finally he says that increased PLA troop activity and deployment has taken place in the north bank of Pangong Tso Lake. 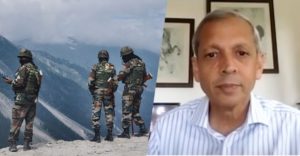 The truth and the manufactured truth

The statements are questionable as will be elucidated in succeeding paragraphs. This apart, militarily speaking, such incidents are minor tactical aspects in a live situation as obtainable along the LAC; when placed in a open media domain they gain avoidable consequence.

The media wing of the Indian Army (ADG PI) reportedly sent out a rebuttal on the piece to Business Standard in which it has said that the at article is “riddled with inaccuracies and misinformation” and that “the news report mentioning that agreements with China have collapsed is false and baseless.”

In the aftermath of the rebuttal by ADG PI, Ajai Shukla, gave an on the You Tube channel of a media platform called The Wire. In the interview hosted by Karan Thapar he reiterated all allegations made by him and insisted that his inputs are based on reliable and credible sources. He went on to say that he does not take the statement of the ADG PI “seriously.” The ADG PI is a responsible department of the Indian army which is entrusted with providing authentic information about all events; doubting its authenticity is a very serious matter indeed

In the wake of the article, efforts have been made by many others to get to the bottom of the matter; they (including this author) have learnt from their “reliable resources” that there is no truth in the allegation made by Ajai Shukla, no physical face-off has taken place in Galwan where the Chinese are assiduously maintaining their 50 to 100 mtrs distance. So far as the S-400’s are concerned, well, they are Chinese armaments which the country can deploy where it wants.

There have been voices suggesting that the Government should send some journalists to the front to see for themselves the situation over there. However, in terms of media engagement norms of the Government and the Armed Forces the rebuttal given is more than enough; any further action can set an undesirable precedent apart from causing heightened tension between the two countries at a time when the negotiations are at a sensitive phase. All nations keep such processes under wraps till the end state is not achieved.

There is dismay within a large section of the veteran community that one of their own has, once again, questioned the credibility of the Army in a manner that can negatively impact the morale of the Indian soldiers who are facing a very challenging situation most admirably and successfully.

In accordance with journalistic norms a writer is required to give a chance to the organisation he/she is writing about to give its version. Ajai Shukla needs to clarify whether he has followed this norm or not.  Journalists are also required to weigh the information they possess to see whether it has the potential of putting national security at risk. This is how responsible journalism is carried out, and not adhering to these norms brings disrepute to the fourth estate.

The nation can no longer afford to extend “freedom of expression” in a situation where national security is at stake. There is a need to invoke the newly evolved “Information Technology Intermediary Guidelines and Digital Media Ethics code Rules – 2021”  in all relevant cases. Also of use is the notified amendment to the Central Civil Services (Pension) Rules 1972 which prohibits government servants from, without prior clearance, communicating to the media or publishing any letter or book or other document on subjects that fall within the “domain” of the organisations they served.

The nation stands steadfast behind its soldiers with complete confidence in their ability to maintain, even at the cost of their lives, the sovereignty and territorial integrity of their motherland.  The information domain should also respond to the sentiments of the people and exercise maturity in reporting and analysis, especially so, in matters pertaining to the defence of the country.