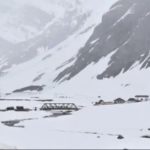 Jaibans Singh India is grappling with serious confrontation all along its borders with belligerent neighbours - mainly Pakistan and China. Eastern Ladakh witnessed a serious face-off between Indian and Chinese troops in 2020. The Indian Army acquitted itself with distinction while defending the territorial integrity of the Nation. As a result, India emerged as a victor by … END_OF_DOCUMENT_TOKEN_TO_BE_REPLACED