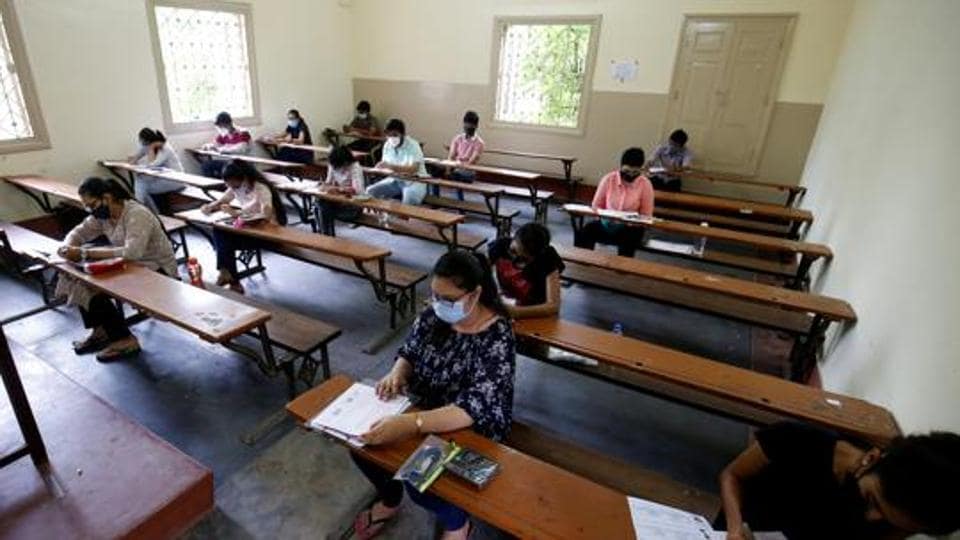 The Union Territory (UT) of Jammu and Kashmir has suffered tremendously in the shadow of the gun for many decades. Violence hit the youth of the region most of all. Their education and development suffered since families were engrossed in the day to day challenge of survival. As a result, they lost out on employment opportunities and entrepreneurship.

It is to the credit of the Modi Government that it has correctly understood the pain of the UT youth and is putting in a great effort to generate employment for the people of the state, especially those from the Kashmir Valley who have suffered the maximum. The effort is multi-pronged, starting from creation of skill sets by providing financial support for education, training and entrepreneurship  and generating employment opportunities in both the Government and the private sector. With Jammu and Kashmir now integrated seamlessly onto the Indian Union by abrogation of Article 370 and Article 35A, all the central schemes can be extended to the UT, and they have been with enhanced effort.

The effort is being integrated under the National Skill Development Mission that was initiated in 2015. Of consequence is the Pradhan Mantri Kaushal Vikas Yojana (PMKVY), a flagship outcome-based skill training scheme being run through the National Skill Development Corporation (NSDC) by the Ministry of Skill Development and Entrepreneurship. Also applied to Jammu Kashmir are the Deen Dayal Upadhyaya Gramin Kaushal Yojana (DDUGKY) for rural development; Deen Dayal Upadhyaya Antodia Yojana (DAY) for skill development of urban youth and the Swaranjayanti Gram Swarozgar Yojana (SGSY). Most significant is the Technical Intern Training Programme (TITP) which imparts practical training in diverse fields like CCTV installation, computer hardware, handloom, fashion designing etc.

To ensure a further impetus, the government has set up Skill Empowerment and Employment in J&K (SEE J&K) Scheme to provide options and opportunities to youth ranging from school dropouts to the college educated. This scheme will cover 1 lakh youth from J&K in the next 5 years and will be implemented through competent training providers.

Also being optimally utilised is the Directorate of Skill Development, Government of J&K, which now has an impressive 60 Industrial Training Institutes (ITI’s) and 32 Polytechnics that can train nearly 16000 students per year.

Employment is another challenge being faced by the UT; for too long now there has been a dependency on Government jobs which are far in excess of requirement. A structured effort is being made to offset the trend.  The Government is giving soft loans and  assistance to enhance private entrepreneurship. It has in place schemes like the  Seed Capital Fund Scheme (SCFS), Youth Start-up Loan Scheme (YSLS); National Minority Development Finance Corporation (NMDFC) and Women Entrepreneurship Programme (WEP) to extend credit facility to prospective entrepreneurs. The amount extends from INR 4 Lakhs to INR 30 Lakhs depending upon the project and the educational level of the applicant. The funding extends to the ratio of 90 % as state share and 10% as  beneficiary contribution. A system of  “Self Help Group (SHG)” of Engineers has been instituted to facilitate group self employment in taking projects like Government contracts etc.

The student took coaching from the Super-30 Programme

The Government is now attempting to consolidate its schemes under “Mission Youth” by combining education, training and loan facilities with cooperation from big business houses.  Big houses like Tata and Wipro have already established skill and business development centres; others are coming in.

The Indian Army has been contributing to the education and development of the youth since many decades under its flagship welfare initiative “Operation Sadbhavna.” One of the earliest and most successful initiatives was establishment of Army Goodwill Schools to provide education in remote areas. Today, there are more than 40 such schools across the UT which are sought after tremendously by the locals for admission of their wards. The Army has, since long, been providing and maintaining infrastructure of local schools often burnt down by terrorists. The assistance includes  construction of additional classrooms, libraries,  toilets,  playgrounds, furniture, books etc.  Even free Tuition’s for meritorious students from poor families are conducted. The Army has opened Youth Employment Guidance Nodes (YEGN) to advise and guide the youth in their career options.

In consideration of the success achieved by the Army’s super-30 Programme; Lieutenant Governor Manoj Sinha has, on the recent International Women’s Day on 8 March,  announced the launch of Super-75 scholarship scheme to support the education of meritorious girls from poor families. He also announced a new scheme – Tejaswini under Mission Youth, to provide financial assistance of ₹5 lakhs to the girls between the age group of 18 to 35 years to start their business.

The Army is also one of the biggest employers of the UT. Jammu and Kashmir boasts of intake for three Infantry Regiments, the JAK Rifles, the Dogra Regiment and the JAK LI Regiment of the Indian Army, each Regiment comprises of several battalions. There has never been a dearth of fit aspirants for these Regiments, such is the lure of the Army in the UT. This apart recruitment is regularly carried out for the technical, nursing, clerical, tradesmen and other categories for which there is always a mad rush during recruitment rallies.

Youth is the biggest resource in the UT with 54% of the total population below 25 years of age and an encouraging literacy rate upwards of 70 percent. If properly harnessed this resource will be able to contribute extensively to the growth of the region and the nation. The government is doing the best it can and the UT is on course for enhanced employment and prosperity. The youth need to fully utilise the facility.

(The author is an Army veteran,  social worker and columnist)