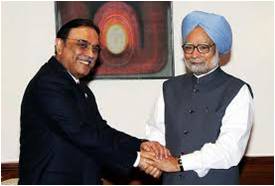 The recently concluded ministerial level meeting between India and Pakistan resulted in declaration of a liberalised visa regime; a positive development of course but also one which will be judged by its application on ground. Regardless of the processes, Indians can enter Pakistan only after clearance from the country’s spy agency – Inter Services Intelligence (ISI). Be that as it may, the fresh spate of meetings and talks between the two countries compels articulation of the vital and elusive aspect of Indo-Pakistan détente!!! Is the concept a pipe dream or a possibility for the future? The complexity of the subject is the result of the many imponderables that mark the relationship between the two countries. The silver lining is that even talk of détente is a long and positive journey from the times, not too long back, when Kashmir was considered to be a nuclear flashpoint and South Asia was proclaimed to be the most dangerous place on earth.

It would not be too off the mark to suggest that the whole process of normalisation of relations is being held hostage to a palpable trust deficit. The social factor has been somewhat accommodating towards breaking of the ice; there are flashes of political will which can be seen every now and then as in the present scenario. Yet, some factors come up and destroy whatever progress is being made. That they are engineered by vested interests is well within the realm of reality. In this millennium itself it was the terrorist attack on the Indian Parliament in 2001 and then the terrorist attack on Mumbai in 2008 which put the clock back in the dialogue process and caused some very belligerent military and diplomatic stand-offs.These terrorist attacks were as significant as the four wars that the two countries have fought since independence.

It is a providence that India has decided to put the ghost of the Mumbai terrorist attack behind and engage Pakistan in dialogue after a long hiatus. Undoubtedly some prodding by the US has helped matters as has the interaction of the Indian Prime Minister with the Prime Minister and President of Pakistan in the last few months. The resultant secretary and the ministerial level meetings have had their fair share of pitfalls like the insistence of the Pakistani’s to meet with the Kashmiri separatists during their visits to India and the unyielding postures being adopted with respect to strategic issues like the Sir Creek and Siachen. Notwithstanding these, there has been some forward movement.

Engagement between the two countries should be considered against the backdrop of a realistic understanding of the situation on ground. It is not without reason that India counts cross border terrorism as the single biggest factor which is coming in the way of détente, rapprochement and normalisation of relations. For Pakistan it is Kashmir which continues to remain the main bone of contention, supplemented now by the insecurity that the Nation feels with regard to the waters of the mighty River Indus.

It is widely perceived that the hardened political posture being adopted by Pakistan is coming in the way of meaningful dialogue; the point that is being missed is that the hardened posture is the result of the political instability, power struggle and turmoil that the country is facing. Pakistan has a government which has legitimacy but no authority, an army which has authority but no legitimacy and a fundamentalist third front which has neither authority nor legitimacy but intense power. Within India also fragmented politics lead to diversified opinions which make it difficult to create an atmosphere conducive for dialogue.

So far as terrorism is concerned, the real problem is Pakistan’s inability to control its fundamentalist elements which are there not only in the militant groups but in its political leadership and in the army. These elements look belligerently at India as a whole and not only through the prism of Kashmir. It is, therefore, logical for India to believe that that the government of Pakistan has a say in cross border terrorism, yet, it may be prudent to give space to the Pakistanis to resolve their issues internally. Pakistan, in turn, needs to move forward in containing its militant Islamist groups and also be seen to be doing so. It is quite evident that Pakistan no longer wishes to place the Kashmir issue centre stage in the Indian-Pakistan dialogue to an extent that jeopardises its relationship with India. Pakistani leadership has realised that it has to place the country first and for doing so it has to moderate its stand on Kashmir. Today it is the separatists in Jammu and Kashmir who are clamouring to be a part of the India-Pakistan dialogue process while Pakistan is exhibiting a mutated inclination to accommodate them. This is because Pakistan wishes to move forward in other areas which the separatists may not allow. Under the circumstances, Kashmir can be kept on a slow burn albeit discreetly.

With Pakistan being given space to resolve its internal contradictions and centre of gravity being shifted from Kashmir the stage would be set for giving prominence to some socio-economic aspects which have remained peripheral till now. Attention can be given to such day to day issues which affect the lives of people in Kashmir and elsewhere across the two nations, particularly so in Pakistan. Since economy drives politics in the modern age, it may be beneficial to open some more doors for economic cooperation which can lift the spirits of the beleaguered common man especially so in Pakistan.

The manner in which the dialogue process is proceeding gives reason for hope, it is pragmatic and sensible and can gain momentum by following a reasonable line of thought. What is of importance now is Pakistan’s response. In case the country can, after six long decades of hate mongering, finally get its act together and pursue the well defined path of realism then things will improve.