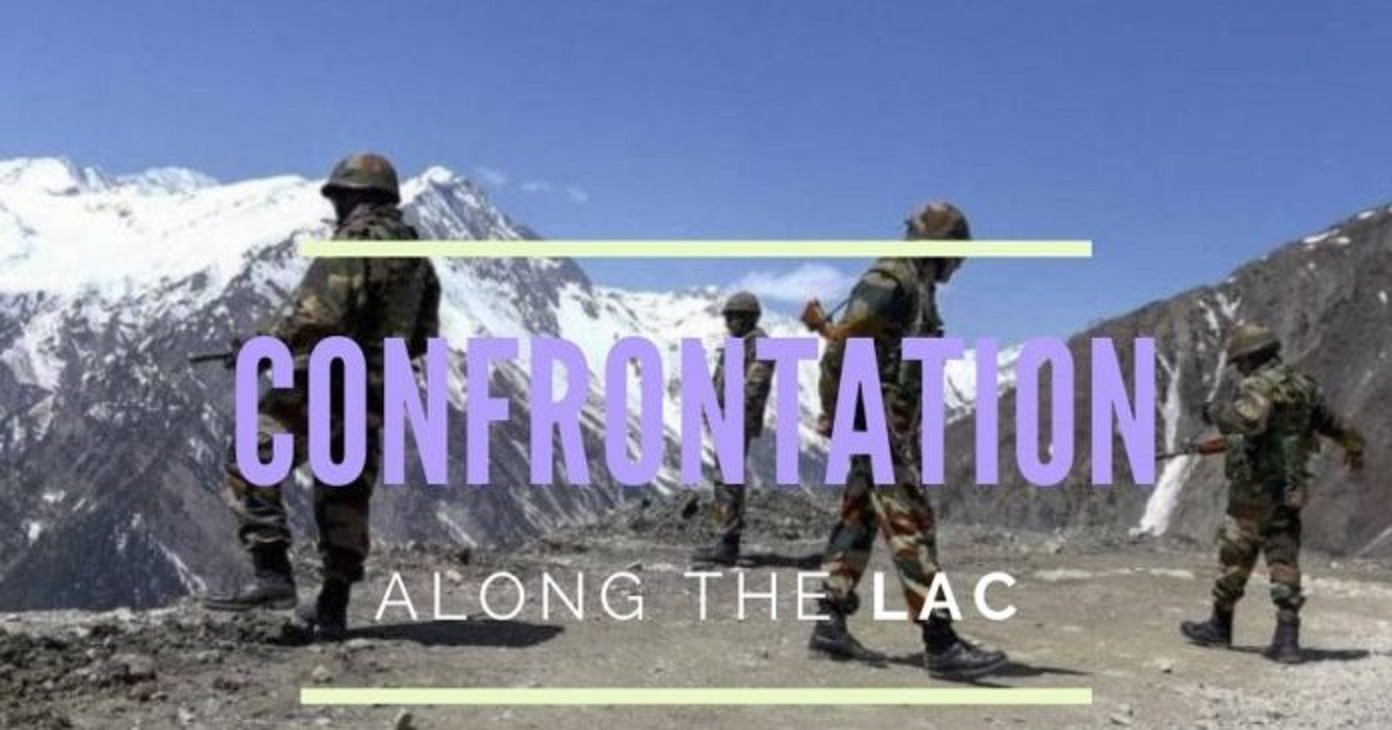 Despite freezing temperatures, there has not been a dull moment along the Line of Actual Control (LAC) with China in the past few months. Considerable heat, in fact, is being generated with “talks and skirmishes” going hand in hand.

The 9th Corps Commanders level talk between Indian Army and PLA, held on 24 January, culminated after a marathon 16 hours session. The talks were not expected to make any big headway and accordingly, the resultant press release spoke of, “the two sides agreeing to maintain the momentum of dialogue and holding the tenth round of talks as scheduled.”  It is quite clear that both sides being in a position of strength are not ready to blink first.

The silver lining is that the talks were not scuttled due to the face-off at Naku La in Sikkim a few days earlier on 20, January, in which 20 Chinese and a few Indian soldiers were reported injured. A big factor that led to de-escalation in Naku La was the maturity exhibited in downplaying the incident. “It is clarified that there was a minor face-off at Naku La area of North Sikkim on 20 January 2021 and the same was resolved by local commanders as per established protocols,” stated the Indian Army in a press release.

Earlier, on 11 January, the Indian Army, true to its traditions, returned a Chinese soldier who had strayed into Indian territory in the middle of a cold night. The hand over was done without placing any terms and conditions. The matter is not expected to impact the talk, but, the Chinese are considerably impressed by the chivalrous act of the Indian forces. Such small incidents add to the soft power so crucial in the conduct of negotiations.

Notwithstanding the bonhomie mentioned above there are several indications of the Chinese adopting a hard posture against India. Chinese media has not relented in describing its Ladakh policy as a result of, “India’s aggressive forward policy which infringes Chinese sovereignty.” Chinese President, Xi Jinping, in a recent address on-line address to the World Economic Forum attempted to project himself as a world statesman committed to equitable global development devoid of big powers, “showing off strong muscles or waving a big fist.” “We should respect and accommodate differences, avoid meddling in other countries’ internal affairs and resolve disagreements through consultation and dialogue,” he said. However, he did not hesitate in obliquely hinting upon deteriorating relations of his country with India and the United States.

The fact is that China remains perpetually disturbed by India’s rising power and stature in the global domain where her voice is being increasingly heard, and especially so, in forums like BRICS and SCO.  China views these developments as a direct threat to its own interests in the regional as well as Global arena. China remains convinced that India is stepping on its toes.

Also of great concern are recent reports about the Chinese constructing more villages in Arunachal Pradesh as part of its policy of relocating people in several counties of Tibet for “poverty alleviation.” The latest village is said to be deep in Indian territory. The Government of India, however, has clarified that though it considers the territory to be a part of India, on ground, it has been in Chinese control since 1959. While earlier only a PLA post existed over there, now, a full-fledged village has come up. China brushes aside all arguments on the matter with a brusque position that it does not recognise the Indian state of Arunachal Pradesh which has been, “illegally established on Chinese territory.”

Indication about Chinese intent comes from its change in vocabulary. It no longer addresses the LAC as “disputed territories.” Instead it uses the term, “sovereign areas of China.”  This implication is that the country is, in diplomatic jargon, clearing the way for a military operation to  retract land under “forcible and illegal foreign occupation.”

The direct fall out of this diplomatic jigsaw and pressure tactics will be felt along the LAC which will become the international chess board of testing relations between the two countries. It is for this reason that many experts on China hold forth a view that tensions along the LAC will escalate in the coming months, especially so, when the snow melts.

Indian will need to carry on with the diplomatic parleys and build up of a soft power campaign to expose malevolent intentions of the Chinese. It is necessary to acquaint the world with China’s forcible occupation of Tibet that does not give to the country any right on the territories along the LAC that it refers to as its own. The boundaries can be worked out only between free Tibet and India. Diplomatically speaking, India’s position will further crystallise by the China policy formulated by the Biden administration.

At the operational level, India has to remain prepared for sudden escalation of hostilities. President Xi Jinping has already set out the diplomatic stage; what remains is preparation of his military force where he perceives a great weakness. He is still not convinced of the PLA’s ability to defeat India. He will fight to win since, as a dictator, he cannot afford to lose and hence his military response will be carefully timed. In this regard India has made quite clear its intent  to not escalate the present sensitive situation and seek an honourable solution on the principle of mutual and equitable security. India wants status quo ante on the LAC.

India also needs to be clear that any amount of foreign treaties will not help in a ground war along the LAC should such a situation come to pass. The need to enhance weapons and equipment procurement is all the more critical and here the forthcoming budget and defence layout therein will attain criticality. It is also time for India to prepare psychologically for a challenging period ahead.

(Hardip Bedi is a senior journalist and political analyst)