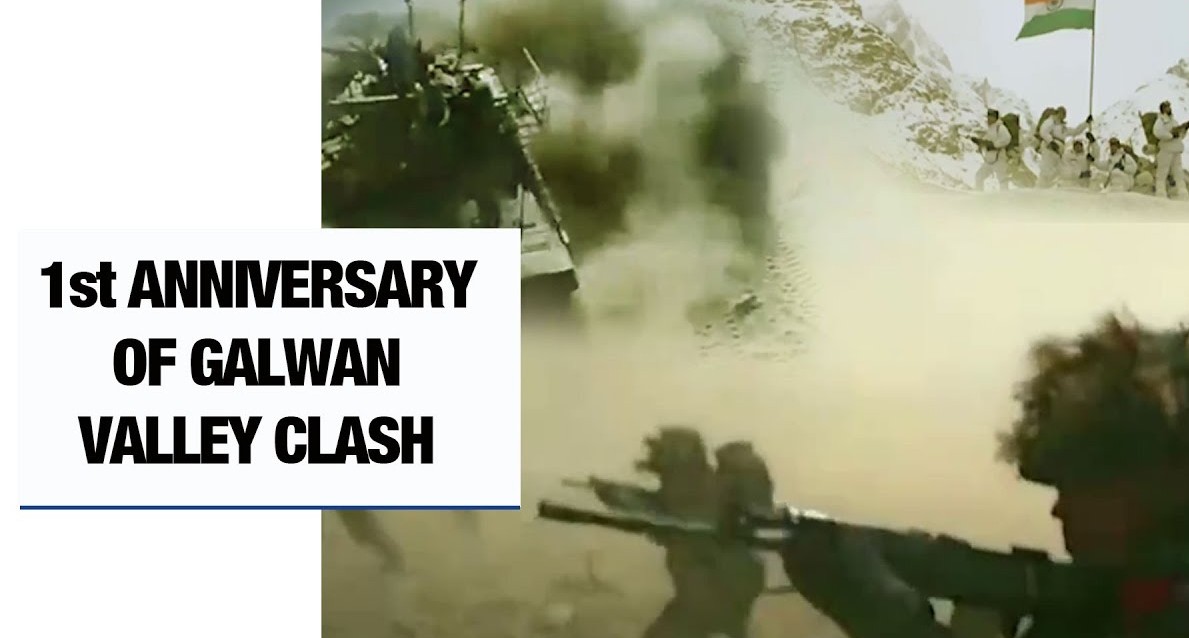 One year ago, on 15 June 2020, there was a clash between Indian and Chinese troops in the Galwan Valley that was both heroic and unprecedented in nature. Its unique place in military history is derived from a number of factors. Firstly, it involved hand to hand fighting with primitive hand made weapons like spiked clubs, staffs, Kirpans (short daggers carried by Sikhs) etc between armies that had deployed the most sophisticated weapons eyeball to eyeball in the region. Secondly, the clash took place in the area of responsibility of 16 Bihar, yet, troops from an Artillery regiment, Mahar and the Punjab battalions fought side by side in a spirit that only the Indian Army can boast of.  Finally, the People’s Liberation Army (PLA) was told in no uncertain terms that the Indian Army would no longer tolerate its intransigence and expansionist tactics.

India lost 20 brave hearts in the clash. Against our 20 the Chinese (who had come completely prepared for the clash) lost more than double including a number of officers; some reports put the number at a 100 plus. Reports suggest that the Chinese troops on ground became psychological wrecks due to the ferocity of the Indian soldiers and they had to be evacuated post the operation.

Today, we remember the epic clash and pay tribute to the mighty soldiers who fought bravely and fell in the cause of their nation. One remembers Colonel Santos Babu, the courageous Commanding Officer of 16 Bihar who led from the front and was killed due to Chinese treachery. One also remembers Sepoy Gurtej Singh, the 23 years old soldier from Ghatak (Commando) Platoon of 3 Punjab who had less than two years of service but the heart of a lion; he took 12 Chinese soldiers down single-handed before embracing a hero’s death. All who fought in Galwan on that fateful evening were heroes whose courage and audacity is what folklore is made of.

On the anniversary of the clash it is also important to see how things stand in eastern Ladakh, and between India and China. In the course of the long drawn face-off in eastern Ladakh there was universal consensus with regard to the righteousness of the Indian posture while the Chinese came across as self-serving, egoistic and petulant. Despite the setback in Galwan, the Chinese continued with their time tested policy of long drawn negotiations. The Indian Army then struck another blow in end-August by occupying the Kailash Range and thus exposing Chinese defences in the Spanngur Gap. China also got a taste to Indian nationalism when a call for boycott of all Chinese goods gained momentum and people started adhering to the norm.

The writing on the wall was very clear, India would protect her sovereignty at all cost and will never cow down to belligerence from any quarter, let alone China. Under the circumstances, China finally agreed to a negotiated disengagement. The same, however, is a long drawn process in which Chinese continue to be hard-nosed.

All, however, is not well with the “wolf warrior” strategy of President Xi Jinping. On 13 June, 2021, the G-7 offered to developing nations an infrastructure scheme that could rival China’s multi-trillion-dollar Belt and Road Initiative (BRI). An angry and disconcerted China has issued a caution to the G-7 nations.

President Xi Jinping is realising, much to his chagrin, that US President Joe Biden is a very different kettle of fish than his predecessor Donald Trump. Now the era of twitter warfare with the US is over and matters will be taken head-on. “Addressing the China challenge will require a comprehensive strategy and more systematic approach than the piecemeal approach of the recent past,” said Kurt Campbell, who looks after Indo-Pacific affairs in the US National Security Council.

Another big setback for China was the successful conduct of QUAD 3.0 on 12 March, 2021. India played a pivotal role in the conference which is seen as a major step in consolidating the group.  QUAD is now being referred to as the NATO of Asia.

An obviously disconcerted Xi Jinping is now downplaying the wolf warrior strategy. The talk of “the East is rising and the West is declining,” is now being replaced with directives to create a “trustworthy, lovable and respectable” image for the country and “make friends extensively.”

India, in the course of the Eastern Ladakh face-off, has shown how the hegemonic tendencies of the Dragon can be dealt with through firmness, maturity and patience.  India has also shown that eastern Ladakh is not as far away from the Indo-Pacific as the Chinese leadership would like to believe.

For India, however, the time to sound the victory bugle has not arrived. The stand-off in eastern Ladakh is far from over. De-escalation of tensions has not been achieved to a degree that can be called comfortable. There are reports of feverish Chinese build up in Tibet, which includes setting up of additional military camps and activation of high altitude airstrips. Training and acclimatisation of troops for warfare under conditions obtainable in the region is continuing.

India needs to remain conscious of the fact that notwithstanding alliances and treaties, she will be on her own when push comes to shove against China.  Military preparation must go on regardless of the internal situation created by COVID and other pressing issues.  Build-up of Comprehensive Nation Power must continue till the Chinese threat is well and properly neutralised. Thankfully, efforts in this direction have not relented. The Armed forces have a clear-cut mandate to ensure sanctity of the LAC and respond effectively to Chinese adventurism.

It would be best for China to remove its confusion and adopt a policy of positive engagement with the rest of the world. It should use its massive resources to fight COVID and take more interest in issues like the environment rather than show belligerence to feed the massive ego of its leadership.