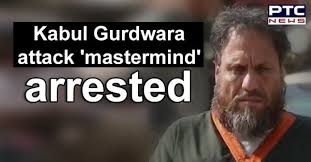 There are a large number of Multi-media resources functioning across the world with the singular agenda of  creating a rift between the Hindu and Sikh communities by resorting to despicable propaganda based on  blatant lies and misinformation.

One such organisation is 5K Broadcasting, a United Kingdom (UK) based so-called Media house that has its office at 29 Saxon Grove, Leeds, LS175DY. In actuality, it is a one man entity run by one Swaran Bir Singh. An analysis of the content of its website makes it clear that the agenda of Swaran Bir Singh is to target the Indian leadership, including Prime Minister Narendra Modi, in a manner that creates ill will and mistrust within the Sikh community towards the socio-political ideology of the majority party of the Government.  He spouts venom and resorts to yellow journalism in the most obnoxious manner.

A terrorist attack on a Gurdwara in Kabul on 25 March left 27 Sikhs, including women and Children dead, and many wounded. In an intolerable twist to the monumental tragedy, Swaran Bir Singh has released on Facebook a video named, “ISIS or RAW – Who killed Afghan Sikhs,” from the platform of 5K Broadcasting in which he is making bizarre allegations of the attack having been carried out by the terrorist organisation Islamic State-Khorashan (IS-K) at the behest of the Indian Intelligence Agency, Research and Analysis Wing (RAW). Singh further says that the RAW acted on orders from the Rashtriya Syayamsevak Sangh (RSS).

Anti-India propaganda on similar lines has been conducted by Gopal Singh Chawla, a Pakistani Sikh who has links with Khalistani organisations and was earlier President of the Pakistan Gurdwara Prabandhak Committee. Chawla chose a news report about one of the terrorists involved in the Gurdwara attack being from Kerala as the primary tool for his vicious propaganda

After the attack, on March 26, the ISIS posted in is propaganda magazine Al Naba, the photograph of a terrorist whom they call ‘Abu Khalid Al-Hindi.” He has been identified as a radicalised Muslim youth  from Kerala whose actual name is Muhammad Muhsin. He left the country to join the ISIS and was believed to have been killed in a Drone attack in Afghanistan last year.

In a You Tube video titled “Who is Master Mind Suicide Attack of Gurdwara Sahib Kabul?” upload on the Shahid Shabbar Official portal, Chawla has described this terrorist as the master mind of the attack and further espoused a disgusting theory that  the person was trained as terrorist in Kerala by the Indian Government and then sent to Afghanistan for targeting Sikhs. He also openly laid an allegation on the RSS of being the perpetrator of the attack. He went on to emphasise that that Sikhs are the biggest well wishers of the Muslims who reciprocate the sentiment in equal measure.

It is not difficult to identify a well laid out propaganda campaign behind the two similar messages emanating around the same time from two different parts of the world. While the first objective was to drive a wedge in the relationship between Sikhs and Hindus, the second was to move focus away from the fact that the planning and execution of the terror attack was being traced back to Pakistan.

Statements by the Government of Afghanistan suggest the hand of the Pakistan based Haqqani Network and also Pakistan based terrorist organisation Lashkar-e-Toiba (LeT) in the attack. The leader of the IS-K in Afghanistan is 43-year-old Mawlawi Aslam Farooqi, a Pakistani Pashtun who was initially recruited into the LeT in 2004. He was sent to Afghanistan in 2007 and ultimately transferred permanently to the ISIS. Hundreds of others from Pakistan terrorist organisations like the Lashkar-e-Jhangvi and Tehreek-e-Taliban Pakistan were also been similarly delegated to the ISIS. Farooqi became head of the IS-K  due to his roots in the LeT and the influence of Pakistan’s ISI on the ISIS.

It is quite apparent that Pakistan maintains links with all terrorist organisations operating in the Muslim world and provides to them trained manpower,  shelter and strategic advice. When seen in this context the choice of a terror attack on a Sikh Gurdwara or a Hindu Temple in Afghanistan to further personal interests becomes understandable.

It is notable here that Hindus give as much reverence to teachings of Guru Nanak Dev Ji, all Gurus of the Sikh religion and the holy Guru Granth Sahib are they give to their own Holy scriptures and religious practices. The RSS, in particular, derives ideological perceptions from the teachings of thee Gurus and the Holy Granth. The organisation held countless seminars, talks and discussions on the teachings of Guru Nanak Dev Ji all through the celebrations of the 550  Birth Anniversary of the Guru; it also published many books, brochures and other forms of literature that was widely circulated among its worldwide cadre.

It is also notable that the opening of the Kartarpur Corridor, a revered place of pilgrimage for the was taken to conclusion by the BJP Government whose leader Prime Minister Narendra Modi has his ideological base in the RSS. That Prime Minister Modi has particular respect for the Sikh community is well known; he has one Sikh lady in his cabinet and another Sikh Minister of State with an important independent portfolio in his Government. This constitutes more than adequate representation of the community in the Government. Recently he cleared the names of 312 Sikh foreign nationals that previous governments had blacklisted for anti-India activities.

The Citizenship (Amendment) Act, 2019, (CAA) recently enacted by the Government of India is designed to ease citizenship process for the minorities communities of Hindus, Sikhs, Christians, Buddhists and Jains residing in Afghanistan, Pakistan and Bangladesh where they are being subjected to extreme persecution on religious lines. The persecuted Sikh community of Afghanistan and Pakistan is likely to derive maximum benefit from this legislation. they will be able to stay in India as proud citizens of the country. Surprisingly, such political parties that wish to position themselves as the well wishers of the Sikhs are opposing the legislation tooth and nail.

Among those killed in the Kabul Gurdwara attack on 25 March was an Indian Sikh national, Tian Singh. There were two more Sikhs, Shankar Singh, Jiwan Singh, killed in the carnage who stayed in India, but only the deceased Tian Singh is being identified as a citizen of India. It seems that the other two are among the many hapless persons who have migrated to India but are still awaiting citizenship. The widow of Sardar Tian Singh had requested for the mortal remains of her husband to be brought back to India.

It is to the credit of the Union Government that it managed to have the bodies of the tree Sikhs transported back within a week. Their cremation was done by their families in India. The cremation of Tian Singh was attended by Hardip Puri, Union Housing and Urban Affairs Minister. “These unfortunate deaths and the impunity of these attacks are a grim reminder of the persecution which religious minorities face in some countries in our neighbourhood…… the world needs to act now. The perpetrators of this heinous attack have to be brought to justice,” said Puri in a tweet after the cremation.

A few statements issued by some fringe elements will not to cause any kind of a dent in the very strong and deep relations that all communities maintain in India, and especially so the Sikhs and the Hindus. While there is no reason to be overly concerned it is necessary to  remain vigilant and take timely action to stop spread of vile, untruthful, false and evil propaganda that is designed to sow seeds of distrust between Sikhs and Hindus. The allegation of RAW being the controller of a terrorist organisation like ISIS cannot be allowed to go uncontested by the Government of India. The matter should be raised at appropriate international levels.