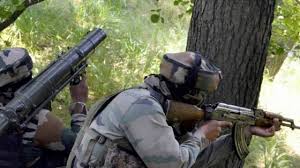 Much has been written and spoken about the terrorist attack on the Central Reserve Police Force (CRPF) convoy in Pampore, South Kashmir on June, 25.  Eight brave soldiers lost their lives in the attack while more than 20 were injured.

In the post incident analysis, there are as many opinions as there are voices. The main issue that is being raised is – was the Standard Operating Procedure (SOP) followed or not?

A SOP lays down certain actions that would make handling of a particular situation easier due to a procedural, pre-decided approach. It is designed to foresee contingencies and suggest measure to be taken to address them.

There are SOPs for defensive precautions (which it is being said were not applied in this instance), for actions to be taken under attack, for the conduct of an operation, for post operation measures.

In fact, there are SOPs for anything and everything. This play safe system has its merits, but on the flip side, it curtails initiative.

A good coach of a football team also thinks out all possible scenarios of attack and defense that his team would face in a crucial match and then trains the team to tackle the same. Yet, the opponents manage to thwart his teams attacks and break its defense to win the match.

It is, therefore, not drills, procedures and SOPs that win a match; it is grit, determination, innovation and the capacity to change the narrative and wrest the initiative that brings victory.

When there is so much improbability and uncertainty in a simple football match, imagine what it would be like when the fight is all about life and death.

In any military situation there is no battle drill or SOP that is fool proof. When one side makes a tactical plan, the opposing side finds a method to counter the same.

There is a saying in the army “when you prepare for three options for an enemy attack, the enemy will invariably follow the fourth. War is all about uncertainty, as the famous military strategist Clausewitz has said.

Those who are harping about SOPs have never seen operations and never played a sport. It is best to ignore the debate altogether.

The second issue that is doing the rounds is – who killed the terrorists, the police or the Army? A lot is being said about the Army attempting to take credit for the same.

It would suffice to say that, post the attack, all bullets that were fired upon the terrorists were Indian bullets. Which one of these killed the terrorists is inconsequential. The army has been eliminating terrorists for more than two decades now, so has the CRPF. One or two here and there would not give any historic significance to the overall effort.

The army may have tweeted the kill (as per yet another SOP), but was quick to withdraw the information when an element of ambiguity came up. There was no need to dwell on the matter any further.

There is a lot of hype being created about the threshold of violence and terrorism being on the increase in the Kashmir Valley. Those with memory lapses must be reminded that there were, at one time, tens of thousands terrorists operating in the state of Jammu and Kashmir.

In the beginning of this millennium the numbers were brought down to a few thousands. The numbers have been consistently decreasing and now they stand at a few hundred (about 145 according to reports).

It is being conveniently forgotten that these very soldiers brought the numbers down to this miniscule level. Now when the numbers go up by a few score or the terrorist initiated attacks increase a bit, a huge hue and cry is created in the media. Busy bees sit down with pen and paper on television screens to collate data and then pose inane questions to anybody having pretensions of being a defence analyst.

There is also a hue and cry being raised about radicalisation of the Kashmir youth and their getting lured towards terrorism. The Indian media gives an impression that every second young boy in the Kashmir Valley has a rifle in his hands. If there is such a huge wave of radicalisation then why is the number of local terrorists less than one hundred?

Sensationalist reporting by the electronic media is creating an impression that the nation has lost confidence in the ability of its soldiers to handle the situation.

The second impression that is being created is that despite the elections and good governance the Kashmir valley continues to be on the brink. Both impressions are not totally correct!!

The media is playing in the hands of the terror strategists sitting across the border who are now more into the psychological dimension of the conflict having lost the military battle and the battle for control of the real estate. Such a situation is very counterproductive for the nation.

It is, by no means, being implied that the situation in Kashmir is absolutely stable and normal and everybody can sit back to enjoy the laurels. The government and the security forces may be in a dominant position, but the enemy is evil and determined. His sole objective  is to reverse the situation to his favour and he will lose no opportunity to do so. He will strike ruthlessly wherever he sees a chink in the armour. The need of the hour is to remain more vigilant than ever; to anticipate the actions that the enemy may take and be ready with the counters.

It is incumbent upon the government to do whatever is required to be done to enable and empower the security forces towards performing their duty in a more efficient and safe manner. The propaganda machinery of the enemy also needs to be countered. Provision of good leadership is the premium requirement closely followed by the best possible equipment. Courage, fortitude and perseverance, not SOPs, will win the day for India.