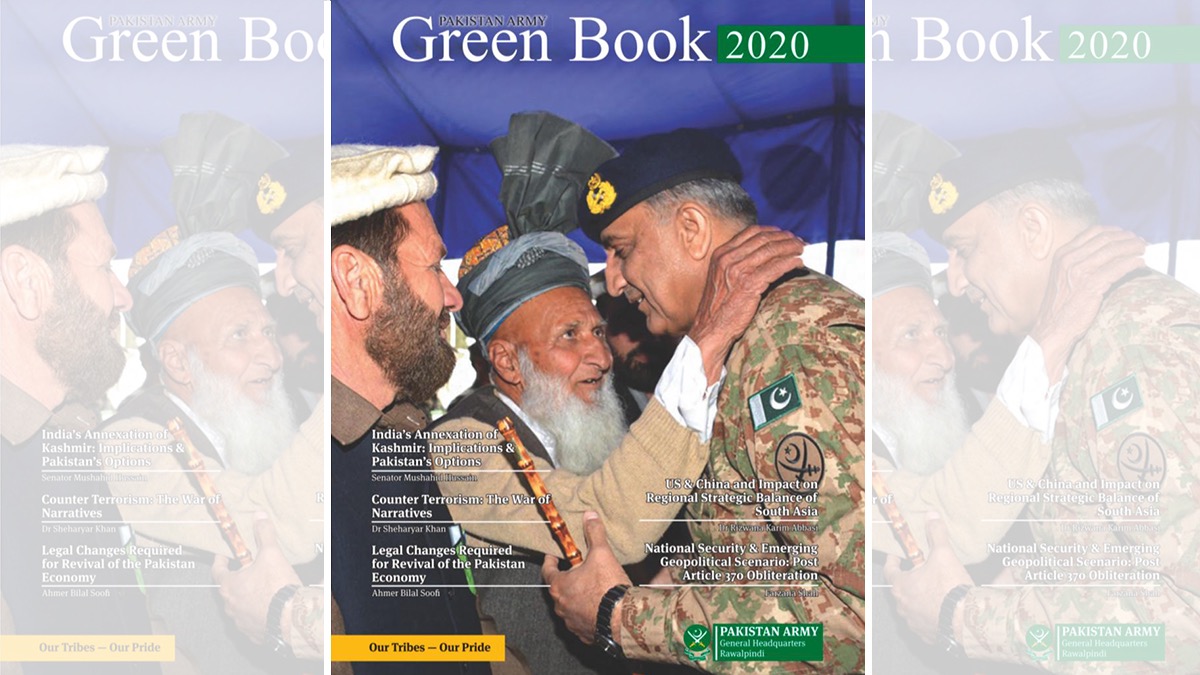 As summer sets in the Kashmir valley, Pakistan has revived its proxy war, upping the ante. The current summer, the first after the altered constitutional status of J&K, is likely to be a defining one. There is discernible desperation on the part of the ISI to alter the ‘terrorscape’ in terms of the organisation of Tanzeems (terror groups). Concurrently, agencies across seek to tweak the template of waging the Kashmiri struggle. The picture is further bloodied by a chain of incidents in the Af-Pak region, with Indian connect and obvious serious ramifications for us. At this evolving stage, we can only forecast emerging likely scenarios that need rigorous monitoring to shape our response strategies.

The broad contours of underlying macro trends can be gauged from the Pakistan army’s recent publication, Green Book 2020, although such manuals are part propaganda, serving as a smokescreen. Unmitigated hostility to India and Kashmir centricity is evident. There is realisation of strategic milestones of Balakot and revocation of Article 370 and Section 35-A, coupled with India’s hardened stance. General Bajwa, in his foreword, emphasises that, ‘These will have lasting imprint on the geopolitics of the region’. It chases the dream of getting India bogged down in the Kashmir quagmire. As postulated by Farzana Shah, Pakistan seeks to take the war into ‘non-kinetic domain’ — characterised by information, cyber and psychological operations. The book recommends that the struggle should incorporate all these influences and be given indigenous character, exploiting ‘misinformation’.

The first indication of the reordering of structures was provided by Castellium AI, a US-based regulatory company. The internationally monitored terrorist list was halved, from 7,600 to 3,800, without any explanation by Pakistan, in April. Surprisingly, downsizing is yet to be flagged by the FATF. The listing excludes Zaki-ur-Rehman (Lakhvi), mastermind of the 2008 Mumbai attack. Pakistan could utilise the pandemic or other ISI ploys to account for some of them before the mandated FATF review in June, postponed to September.

The ill-advised US hurry to abandon the elected government under Ashraf Ghani and hand over Afghanistan to the Taliban has opened a few other possibilities for the ISI. The most worrying is the sudden emergence of the Islamic State-Khorasan (IS-K), manifested through the dastardly attack on the historic Guru Har Rai Gurdwara in Kabul on March 25. It was orchestrated by the newly anointed Amir, Aslam Farooqi Akhunzada, a Pakistan national and a recycled LeT operative. The terror squad purportedly included Abu Khalid al-Hindi, originally Mohammed Muhsin (28), a resident of Kasaragod in Kerala. If verified, this would make him the second Indian IS suicide bomber, after Abu Yusuf al-Hindi or Shafi Amar, eliminated in 2015.

Doubts have arisen because the media had reported that Muhsin was killed in a drone strike in 2019. It could be mischievous attempts to portray the Indian connect, as part of the misinformation campaign. Interrogation of the mastermind, Farooqi, was followed by the nabbing of the elusive Kashmiri recruiter, Aijaj Aihangar, presumed to be dead for two decades. The reported concentration of 50-odd Indian-origin IS operatives in Nanganhar province and hyperactivity of its surrogate, Islamic State Hind Province, on the social media is indicative of a plan to proliferate the extremist contagion of Wilayat (IS province) to include India, harking back to Gazwa-e-Hind.

The diabolical attack in Kabul, killing 25 members of Nanak Naam Lewa sangat has thrown up disturbing questions with regard to the status of the K-2 project, linking Kashmir with Khalistan, through the Pak army-orchestrated Kartarpur Sahib project. Lukewarm response of the pilgrims and the Covid crisis has acted as a dampener. The SFJ-2020 referendum has failed to find traction. Another development has been the damage to all five domes of the gurdwara due to severe storm. It reinforces the perception of tearing hurry, lack of planning and non-adherence to Rehat Maryada by the FWO, in fixing flimsy fibre-glass contraptions.

The ISI controls most events in Kabul and attempts to explain the attack as a rogue action defies logic. Many unexplained possibilities of developing IS-K as a counterweight to the Taliban, and even addition of Khorasan in K-2, making it K-3, need monitoring. Attempts to revive militancy and smuggling of drugs and weapons, using innovative delivery means is likely to continue, notwithstanding the recent nabbing of KLF associate Billa Mandiala with a cache of weapons.

The LeT has been renamed The Resistance Front (TRF) to meet the twin objectives of escaping FATF scrutiny and delinking from Fassadi roots. The use of ‘fassadi’ (strife creator), instead of jehadi, is well considered, as Pakistan has termed its counterterrorist operation as Raad-ul-Fassad.

Incorporation of the term ‘resistance’ in the TRF is designed to evoke sympathy and repackage as it localised struggle. The inspiration is probably derived from Palestine, on the lines of stone-pelting and ‘intifada’. Earlier, the JeM had renamed itself Majlis Wurasa-e-Shuhuda Jammu-wa-Kashmir (gathering of descendants of martyrs of J&K) for similar reasons.

Distinct spurt in attacks in North Kashmir, under the banner of the TRF, can be understood as a new tactic to revive insurgency, in an otherwise stabilised region. It may indicate plans to activate other dormant areas like Doda and Kathua. The morale of the security forces has been boosted by the elimination of Riaz Naikoo, commander of the Hizbul Mujahideen. As terror activities in the Valley gather pace, it will be imperative to remain agile to shifting paradigms of the proxy war. It calls for better use of technology, information operations and relentless targeting of key commanders. Concurrently, the socio-political push for conflict resolution is axiomatic.