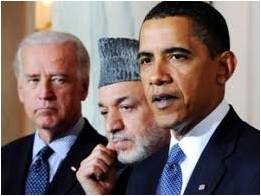 The world, as we know it, seems to be going topsy-turvy of late. Pakistan, a sworn enemy of India since its inception as a Nation, seems to be warming up with big brother after six plus decades. At the same time, its relationship with its most abiding ally, the United States (US), is on the brink of a breakdown. While the two countries are trying to maintain a semblance of civility, it is not difficult to feel the undercurrents which imply a high degree of impatience in the case of the US and petulant obstinacy in the case of Pakistan.

The latest to hit the headlines is the open support that Pakistan’s Interior Minister Rehman Malik has extended to the Taliban by thanking them for maintaining peace during Muharram. The entire world is aghast by this statement which comes in the wake of the Bonn Conference convened by the United Nations to discuss the future of Afghanistan post the withdrawal of NATO forces in 2014. It became rather clear during the Conference that the world looks upon Pakistan as an important player in the peace and stability of Afghanistan and this attitude by its leadership has sent wrong signals to the International community. It has reinforced the perception conveyed by Afghanistan President, Hamid Karzai, that Pakistan has undermined negotiations with the Taliban by boycotting the international conference. “Up until now, they have sadly refused to back efforts for negotiations with the Taliban,” Karzai added for good measure. President Karzai has gone a step further and blamed Pakistan based terrorist group, Lashkar-e-Janghvi, for the series of bomb blasts that have hit five cities of Afghanistan and left scores dead, maimed and injured.

The point that is being missed is that Rehman Malik made the controversial statement to show yet another finger to the US as part of their ongoing spat. This verbal war has been going on for some time now; just three months back, on October, 21, US Secretary of State Hilary Clinton, while commenting on Pakistan’s continued support to the Haqqani network made her famous comment, “You can’t keep snakes in your backyard and expect it to only bite neighbours,” while the Pakistan Foreign Minister Hina Rabbani Khar looked on incredulously. It goes without saying that the comment had no impact whatsoever. Pakistan continued to provide support to the Haqqani network, which is enemy number one for the US. The US in turn, did not cease its attacks on the Taliban deep into Pakistan territory despite many terse and not so diplomatic threats from the Pakistan Army Chief, Ashfaq Parvez Kiyani. The high point of this détente was the November, 26, NATO airstrike on two check posts along the Afghan border in northwestern Pakistan which left 24 Pakistan soldiers dead and many wounded. The enraged Pakistani Army immediately put a halt to US supplies through Pakistan to Afghanistan and asked for vacation of the Shamsi air base in Balochistan.

The Indo-Pakistan relationship, on the other hand, seems to be moving on a strong footing. Prime Minister Manmohan Singh met his Pakistani counterpart Yousuf Raza Gilani on November, 11, on the sidelines of the SAARC Summit. Both leaders vowed to open ‘a new chapter’ in bilateral ties by putting accusations and counter-accusations to an end. In order to meet India’s long standing demand to bring the perpetrators of 26/11 attacks to justice, Pakistan agreed to send a judicial commission to India to quicken the trial. Also, after a long haul, Pakistan granted to India a Most Favoured Nation (MFN) status to boost trade ties thus opening the way for a Preferential Trade Agreement. A proposal to fast-track implementation of cross-Kashmir trade and travel also received a positive response.

Notwithstanding these diplomatic shenanigans, court intrigues, and complex postures, India has to come up with an effective response to the emerging situation. It should never be forgotten that the Indo-Pakistan relationship is guided predominantly by Pakistan’s proclivity to export terror across India, and of course, the Kashmir imbroglio. Ostensibly, both seem to be on the back burner at the moment. There are not many statements on Kashmir emanating from Pakistan; the separatists in Kashmir who draw support from Pakistan are also in hibernation mode for the moment. Yet, the stark reality is that only a few days back, on November, 06, Pakistan Army resorted to yet another ceasefire violation along the line of control in the Poonch district of Jammu and Kashmir (J&K). This was the second violation in as many days and the 45th in this year. It is well known that most violations are engineered with the objective of facilitating infiltration of terrorists across the border. Further, intelligence agencies have cautioned the Army about possible infiltration attempts along the Jammu-Samba borders in J&K. The Army, in turn, has instituted incremental measure of surveillance and border monitoring while the JK Police has increased vigil of villages along the border belt. India also needs to appreciate the ramification of Pakistan’s continued support to the Taliban, its intransigence in helping Afghanistan and its acrimony with the US. The resultant instability has a direct impact on India’s security concerns.

Such circumstances do not speak of a change of heart or a desire to mend fences. It seems that the extended hand of friendship has more to do with Pakistan’s preoccupation with its western border and issues with its allies. Pakistan also continues to remain in denial mode with respect to critical security issues emanating from its support to Islamic fundamentalism. Therefore, there is a lot of merit in the thought process that India should not get carried away by Pakistan’s peace overtures. In fact, now is the time to expose to the international community, Pakistan’s unabated support to terrorist and fundamentalist organisation which is leading to global insecurity. It may not be wise to take Pakistan at face value.