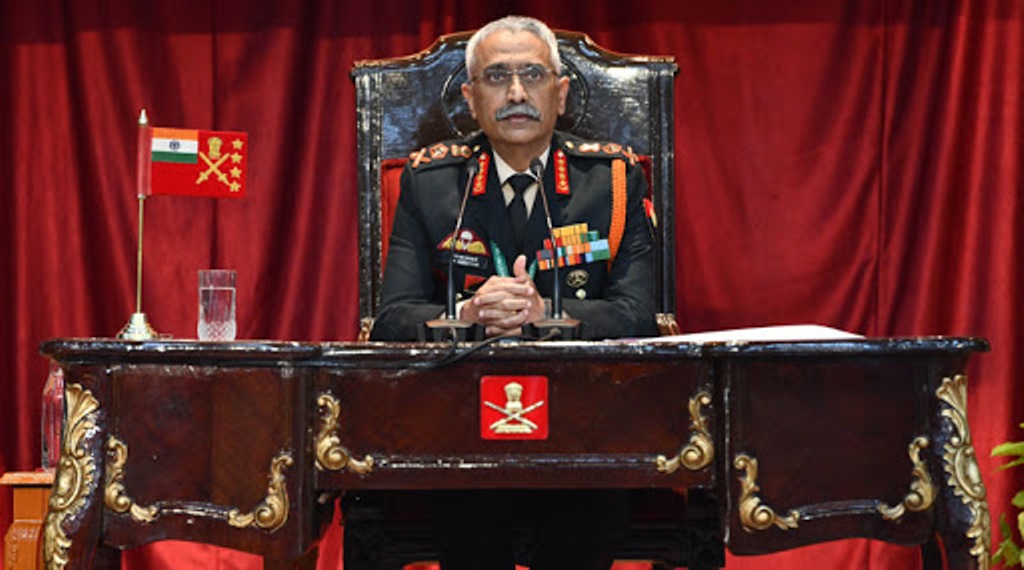 “Pakistan continues to embrace terror and terrorism as an instrument of state policy, however, we are clear that we have zero tolerance for terror and we have reserved our right to respond at a time and place of our choosing. This is a clear message that we have sent across that we will not tolerate such activity.”

“Pakistan and China form a very potent threat, there is an aspect of collusion that cannot be wished away and it is very much a part of our assessment. We have to be prepared to deal with it.”

The above two significant statements were a part of a  plain speak press conference addressed by Indian army chief, General Manoj Mukund Naravane on the occasion of Army Day, 2021.

India celebrates Army Day on January, 15 every year with great fervour. It was on this day, in 1949, that the Indian Army divested itself from British control with General (later Field Marshal) K. M. Cariappa taking over as the first Commander-in-Chief of the Indian Army from Sir Francis Butcher. A number of parades, memorial lectures, equipment displays, investiture ceremonies organised by the Army on this day. An integral part of the itinerary is a press conference addressed by the Chief of Army Staff (COAS) of the Indian army.

This year the press conference was addressed by General Manoj Mukund Naravane. It was the second time in his tenure that he was addressing the same.  In his opening remarks he lauded the “supreme sacrifice” of the brave hearts in the line of duty. He went on to convey to all ranks of the army, defence civilians, families, Veer Naris and veterans a very happy new year and best wishes on the occasion of the Army Day. He also conveyed best wishes to all citizens of the country on behalf of the army.

The Chief spoke extensively on issues of strategic importance concerning the immediate neighbourhood and the global environment. He also spoke of the vision to steer the army towards modernisation through “capability development and restructuring.”

The Indo-China face-off dominated the conference. The Chief mentioned the same in his opening remarks and then took on many questions on the subject. He said that in the Northern front, the army is maintaining a high state of alertness in accordance with the threat perception and is presently in the winter posture, ready to meet any challenge.

While explain the tactical aspects of the situation as it evolved along the Line of actual Control (LAC) in 2020, the Chief said that mobilisation by China was not anything new. They come for training every year and the Indian Army has all information of their movement. In the initial face off they had “first mover advantage” which Indian Army also had in August when it moved into strategically important heights despite being “eye ball to eye ball” with China. With regard to the present situation, he said that the bulk of Chinese troops who had come in for training have moved back to their permanent location in the Tibetan Plateau, but no movement has taken on either side at the “friction points.”

The directive of the Government is to stay steadfast in our positions while talks carry on at all levels. Eight rounds of talks of corps commanders have taken place and the date for the ninth is awaited. The Chief expressed a hope that, with dialogue and discussion, the two sides will be able to reach to an amicable solution based on the principle of, “equal and mutual security in consonance with talks and understanding which resulted as an outcome of meetings by defence minister and foreign minister with their counterparts.” Having said so, the General affirmed that the army is ready for a long haul with “logistics in place, preparedness of a high order and high morale of troops.”

So far as the internal security situation in Kashmir is concerned the Chief said that while a large number of terrorists have been neutralised in the year gone by, recruitment in the terrorist Tanzeems is still going on. The initiative of the Indian army to win hearts and minds through Operation Sadbhavna has resulted in the recruitment levels going down gradually. More traction will be attained with a whole of government approach. As development goes on and employment increases, the recruitment will go down and the security situation will improve.

The Chief expressed satisfaction at the manner in which the army met the COVID challenge by the launch of “Operation Namaste.” With pragmatic assessment, institution of required medical norms and free hand to commanders on ground the force was able to contain the situation and maintain operational preparedness to required levels, to the extent of going in for rapid deployment when required. The Army also reached out to the state governments with assistance in quarantine and other aspects as required. The Chief was very appreciative of the efforts put by the medical fraternity of the army.

Regarding aspects of capacity building and restructuring, the Chief reiterated the Tri-service commitment to move determinedly in this direction since what has transpired recently has clearly established the need for the same. The transformation will be from manpower intensive to technology intensive structures with full commitment Tri service jointness. He added that all round development would be ensured with each arm getting what it needs. The Army has signed a number of contracts in the preceding year of which 80-85 percent are with Indian companies, in an effort to indigenise on principles of “Atmannirbhar Bharat” spelled out by the prime minister.

When the Indian Army Chief speaks the entire nation and the international community listens. The General has assured the country that it is in safe hands of its Army that will ensure her sovereignty and territorial integrity. The writing on the wall is very clear. India is not ready to succumb to any pressure, be it from China, Pakistan, collusive or of any other nature. She is ready to carry on the diplomatic forays for a long period of time if need be. all military preparations for all eventualities are in place and more will be done as required.