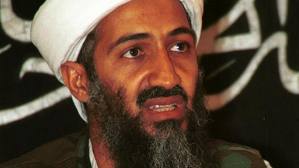 The 21st century epic has concluded with the proverbial victory of good over evil, after a long, debilitating battle stretched over more than one decade. Osama bin Laden lies vanquished in a blood feud that has caused incalculable death and destruction and has reduced humanity of the lowest possible ebb. In fact, even in his death bin Laden has achieved his most cherished desire of dying in the hands of Americans and thus becoming a martyr for all times to come. His biggest legacy is the germination of the idea for Islamic resurrection which will stay on for a long time, so the battle may be over but the crusade will go on.

The first and foremost question – what effect will this latest development have on Indian security concerns? It is being universally recognised that al Queda continues to remain vibrant despite the elimination of its most enduring icon. It is also known that, till date, the organisation has not been able to establish a presence in India. This could be because of bin Laden’s preoccupation with the US. He spread himself in all those places where the US was seen to be engaged with the Muslim community – mainly the Middle East and Africa. The Kashmir conflict and India were mentioned in a number of the group’s statements since the 1990s, but with little follow-up to the threats. Thus, in his hey days bin Laden ignored India and by the time he was ready to extend himself he himself became a fugitive due to the global war against terror (GWOT).

As GWOT unfolded, bin Laden saw some benefit in arousing Islamic sentiment in India. Pitting India against Pakistan was a win–win strategy for reducing pressure of the Pakistani forces along the Afghanistan border and simultaneously unfolding the flag of the organisation in hitherto uncharted territories. At that stage he opened communication with a number of terror groups operating in Kashmir, especially Lashkar-e-Taiba (LeT) and Harakat-ul-Jihad al-Islami (HUJI). It is no wonder that Hafiz Mohd Saeed, the leader of LeT has openly held a funeral service for bin Laden in Pakistan.

Al Qaeda started perceiving unrest in Kashmir as a “god-gifted” opportunity for its Ghazwa-e-Hind operations. Its overall strategy encompassed initiation of low-intensity insurgency in India’s heartlands with is firm base in Kashmir. The seed of Al Queda’s engagement in India was laid by bin Laden himself. According to a Wikileaks cable of a US diplomat Bin Laden had vowed that the Kashmir cause will not be allowed to die down due to lack of funds and had committed millions of dollars for the cause.

The Pakistani Army and ISI were only too happy to oblige. Al Queda and its newly created affiliates started functioning seamlessly in Pakistan Occupied Kashmir. According to a report in Jane’s Terrorism and Security Monitor, Al Qaeda announced its new branch, Al Qaeda in Kashmir (AQK) in June 2010 to be led by Mohammad Ilyas Kashmiri. Ilyas Kashmiri is a Pakistan Occupied Kashmir born terrorist of international credentials who has been involved with the Afghanistan Taliban and HUJI in Bangladesh apart from a strong presence in Kashmir and the Indian hinterland. He is said to have been involved in the attack on the Indian Parliament and recently the German Bakery in Pune. With Ilyas Kashmiri on board, al Queda finally managed to fill its leadership void in Kashmir and onwards into India. He is now the chief strategist who will be looked upon to spearhead the terrorist presence in the Indian sub-continent. He brings with him an awesome capability to coordinate activities of the al Queda with the Taliban, the Kashmir/India specific ISI sponsored terrorist groups like LeT and JeM and the harbingers of terrorism in Kashmir. With bin Laden gone, Kashmiri will move up in the hierarchy of the organisation and his interest will be predominantly focused on Kashmir and onwards to India.

Contrary to popular belief, funding for al Qaeda operations has not been coming from the personal assets of bin Laden since a long time. It is being raised through financial facilitators who channelise money collected by imams at Mosques in the form of Zakat from rich countries like Saudi Arabia. In any case the ISI will be only too willing to finance any such force which, it feels, has the capability of keeping the pot boiling in Kashmir and extending into the Indian hinterland for good measure. Finances are not likely to curtail al Queda’s engagement of Kashmir and India.

Kashmir has remained quite ambivalent post the assassination of bin Laden. No protests or eulogies have been reported, thus indicating that the Kashmiri people do not relate with the al Queda. However, al Queda can be assured of the political support of the likes of Syed Ali Shah Geelani who has already fired the first salve by referring to bin Laden as, ”a martyr who died fighting US oppression in Afghanistan”. “He was a symbol of resistance against the US and he was martyred while defending the Muslims.” said the octogenarian separatist.

All this has the ingredients of a heady cocktail, enough to give a headache to the Indian security forces and the governments of both J&K and India. Now is the time to look to the future, India has made all the right noises about Pakistan having been exposed as a sanctuary for terror but now we have to translate perception into strategy. The war mongers looking for a USA type of engagement by India within Pakistan forget that the latter has the capability of retaliating against us with terrible nuclear force, whereas they cannot even touch the shores of the US, our response has to be different, more structured, well thought out and in tune with ground realities.