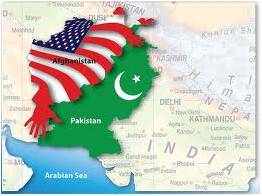 The negotiation for the resumption of the supply to the allies’ forces in Afghanistan through Pakistan is still going on. The Pakistan’s political class intended to play the anti-US card in the election year for which reason it closed down the supply route after the death of 24 of its soldiers in an air attack by the NATO air force on a Pakistan – Afghan border post, in what is termed as the Salala incident. On November, 26, 2011, NATO helicopters, gunships and fighter jets entered onto Pakistan territory at Salala in the Baizai subdivision of Mohmand Agency and opened fire at two border patrol check-posts, killing the said 24 Pakistani soldiers. The allied forces alleged that terrorists were seen entering Pakistan through that post which was providing cover fire. It was then that aircraft were employed to neutralize the incoming cover fire. Under election pressure to placate a stringent public response, Pakistan stopped the supply line. Now, the government is demanding an apology from US and NATO who, in turn, have called the incident unfortunate but are not willing to render a public apology.

Speaking to a popular strategic magazine, Foreign Minister of Pakistan, Hina Rabbani has said, “A representative parliament of 180 million people has spoken on one subject, something which should have been forthcoming the day this incident happened, and what a partnership not only demands, but requires. For us in Pakistan… the most popular thing to do right now is to not move on NATO supply routes at all. It is to close them forever, If I were a political advisor to the prime minister, this is what I would advise him to do. But I’m not advising him to do that… because what is at stake is much more important for Pakistan than just winning an election.”

This statement very well explains the predicament of the Pakistan leaders. They have to balance the two extreme of maintaining a fruitful relationship with the US and also cater to the requirements of the all important extremist Islamist segment. But nothing in Pakistan is ever simple. The Pakistani army and its extremist stooge’s have stoked the emotions of people just to fleece the Americans. The NATO supply line which has continued for almost a decade has created an economic system of its own. There are a lot of stakeholders with an interest in continuation of the convoy. Disruptions also accrue long term gains since increase in transit rate is invariably one of the terms of the negotiation process. Predictable, even now the negotiations are focusing on how much Pakistan will charge the US per truck that travels into Afghanistan under a new transit tax, and how much the US is willing to pay to repair highways that Pakistan says have been damaged by the NATO traffic.

If media reports are to be believed then more than thirty percent of the contract for the transportation is with the Pakistan army. No wonder the Pakistan army is anxious to get the supply running. The Islamists also have been making handsome profits by blatant loot of the convoy. Since the last six months there is desperation in the communities living around the supply route. This apart, Pakistan is eyeing some political benefits also from the renewed deal. Washington would be willing to restart its aid programme and relay the highway through which the supply would pass.

The US is not ready to take Pakistani blackmail lying down. For it, land routes to Afghanistan are significant as most coalition troops and equipment are due to be withdrawn by the end of 2014. Before Pakistan suspended use of its routes, some 30 percent of NATO supplies passed through the country, while the rest went either by air or a more time-consuming northern route via Central Asia. Washington has already concluded a deal with three Central Asian states, Uzbekistan, Kyrgyzstan and Kazakhstan, to pull military gear out of Afghanistan, bypassing Pakistan. A separate reimbursing of Pakistan’s military for guarding its western border with Afghanistan, under the coalition support funds program, appears to have been settled as part of the negotiations, with more than $1.1 billion to be paid to Pakistan.

The US going for the Central Asian route in totality and thus ending all military and civil aid would be a worst case scenario for the country. Apart from the economic setback, having the US depending upon it reaped handsome political gains for Pakistan. This will also put a lid on the arms that Pakistan has been acquiring for what is passes off as a requirement of the global war against terror but what is, in effect, a military build-up for a possible stand off against India. Most significantly, once the US gets rid of this stranglehold, it will be free to target terrorists anywhere in Pakistani territory, a situation which is giving nightmares to the Pakistan Army. No wonder the Pakistani leadership is in a state of shock.

It is therefore, not without reason that the foreign minister is making desperate efforts to placate the US after the finalization of the alternate route became public, but she fell short of agreeing to reopen the routes without the apology asked for earlier. Pakistan seems to have put itself into a lose-lose situation because of its greed and crass political maneuvering.