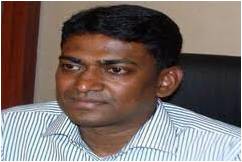 The counter naxal operations have recently received a severe setback due to a spate of high profile abductions. The saga of Jhina Hikaka, the Odisha MLA and the two Italian nationals Claudio Colangelo and Paolo Bosusco, captured by two different organisation of the maoists has just about finished and we have at hand the audacious kidnapping of Alex Paul Menon, the district collector of Sukma, Chhattisgarh, on April, 21, in broad daylight, without resistance and after killing two of his body guards. Last year, on February, 16, 2011, the Malkangiri district collector R Vineel Krishna and junior engineer Pabitra Mahji were similarly abducted.

Abduction of junior ranking personnel has been a common feature for quite some time now. A few days back, the rebels had abducted a village patel, a constable and three other villagers from Kerlapal region. It is reported that Maoists have, in the past four years, abducted nearly 140 people and killed 15 of them. The trend to kidnap high profile people and force the government to release maoist cadres from jail is fairly recent and it seems to be reaping handsome dividends for the rebels. In the case of Alex Paul, maoists are demanding the release of eight of their jailed colleagues; Odisha also had a similar story to tell.

In the wake of the abduction of Alex Paul, it has been reported in the media that the Home Ministry has told the state governments to evolve procedures for the safe movement of government officials and political representatives in the red corridor. The fact that our counter naxal strategy is still at the level of evolving basic security procedures does not elicit much optimism about the state of affairs. It is evident that a lot of ground needs to be covered.

The Indian army has been fighting insurgency for many decades now. it has done so in the North East, in Punjab, in Jammu and Kashmir and even overseas in Sri Lanka and some UN Missions. During this period, many soldiers have died due to ambushes but not a single instance can be remembered when a soldier was kidnapped, taken prisoner or abducted. If the army can ensure this basic level of security in environments much more vitiated than the red corridor, then what is stopping the para-military forces and the police of these regions from ensuring the same? The harsh reality is that when someone dies in an operation the ultras come across as villains, but when somebody is kidnapped the State comes across as soft and vacillating.

The limited level of preparedness and tactical efficiency can also, to an extent, be attributed to the higher direction of the conflict. The counter naxal operation is being spearheaded by a political head in the form of the Home Minister, but who is there to translate the political vision into strategy? The Director Generals of the CRPF, BSF, ITBP, CISF etc seemingly do not form a cohesive advisory or decision making body. Add to this the confusion that is being perpetually created by the State Chief Ministers and their police heads and we have at hand an extremely perplexing situation. Then there is the National Security Council whose directions seem to be only cursorily binding on the central forces and even less so on the State governments. So, at the end of it all, we are left with a single enduring question – who will bell the cat? To put it into real terms, whose head will fall because of a district collector’s abduction? As long as people can transfer responsibility the battle will not be won.

At the operational level it is widely felt that the troops on ground are beset with a leadership crisis. The directions emanating from the top, however confusing and contradictory, are not applied on ground because the officer strength is woefully short of the requirement. While the senior officers operate from headquarters far removed from the troops, there is negligible junior cadre available to provide leadership on ground.

There is also a feeling that the Home Minister needs to upgrade the staff that assists him in the decision making and policy implementation process. The secretary internal security has multiple responsibilities to look into with maximum energy being taken by sensitive issues like Jammu and Kashmir, counter terrorism etc. So the onus for naxalism goes to a joint secretary level officer with a skeleton staff not heavy on experience in management of conflict? Would this set up be able to give a clear cut direction to the operation? The ministry is designed to look after law and order under near normal circumstances. This design is probably not sufficient to fight a veritable war which would need a different kind of machinery.

Lack of intellectual and media support to the challenge of naxalism is another area of criticality. At this stage when the story of abduction of Alex Menon is very much alive, national attention has been diverted to mundane issues like IPL, Sachin Tendulkar’s entry into the Rajya Sahba etc. The National Counter Terrorism Centre (NCTC) was an idea formulated by the Home Minister and his team with great deliberation. Its implementation would not have suffered a setback had it been subject to intensive debate at the national level. If the public had been actively involved some new ideas would have come about and solutions found.