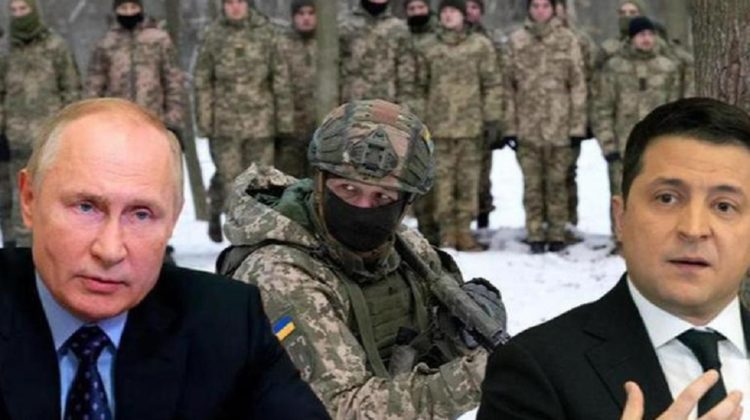 The ongoing Russo-Ukraine War has the international community in a state of flux with each country working on its options and postures. The US and NATO have adopted the aggressive posture of imposing sanctions on Russia which have not, by any means, lowered the resolve of Russian President Vladimir Putin to go ahead with the military operation to completely assimilate Ukraine with Russia.

There are strong voices criticising the posture adopted by US President Joe Biden. It is being said that some deft diplomacy by the US, including an assurance to Russia that NATO will not interfere in Ukraine ever, could have led to avoidance of the conflict. This, however, is mere speculation considering what President Putin did to Crimea earlier and the fact that this military strike had been on the Russian drawing board for quite some time now.

What is very evident is that the conflict is unlikely to end soon, it will witness more frustration and impatience in high circles which could possibly lead to a cascading effect on global security. Under these circumstances, India will need to weigh her security options with great sensitivity and maturity.

On the one hand is the very close bond between India and Russia and on the other is the appeal for justice by Ukraine on the premise that India, and especially Prime Minister Narendra Modi, have the international stature to at least contain the conflict if not end it altogether.

India has to look into her security concerns and the fall-out of the conflict in her immediate neighbourhood. There are multiple postures being played out which will impact her decisions and postures so far as the conflict is concerned.

China has given full support to Russia; it has banned online criticism of the Russian action while openly blaming the US for the escalating tensions. Internet and social media in the country is being “managed” to ensure that nothing critical of Russia and favourable to NATO is posted. “No pro-Western posts, no posts critical of Russia. All initial copy to be reviewed by us [the CCP propaganda department] prior to posting,” said an order quoted by the Beijing News.

Pakistan Prime Minister Imran Khan providentially visited Russia on the same day as the conflict began and managed to get a three hour interaction with President Putin. Undoubtedly, Khan went to Russia, hat in hand, to get some dole and keep his country afloat financially; Putin, however, has leveraged the visit to strengthen his position at a time when he is facing flak from across the world. He may well throw some crumbs to Pakistan in order to strengthen the support. 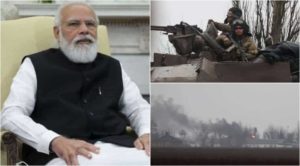 Thus, we have a situation where two nations inimical to India are in support of Russia. Both will look for  their piece of cake from the latter country and that can come only in the form of pressure upon India.

China also seems to be set to leverage the tenuous situation to fructify its expansionist ambitions towards Taiwan. This is a tried and tested policy of the country which declared war against India in 1962 when the west was engaged in the Cuban missile crisis. There are reports of the People’s Liberation Army (PLA) of China building up on the Taiwan front and openly referring to the same on social media; the reference is being made to gauge international reaction before moving in for the kill.

In 2019-20, China created tension both towards Taiwan and the Line of Actual Control (LAC) with India simultaneously. Along the LAC, it created tension in the Sikkim region as well as in eastern Ladakh. There is every possibility of the country going in for a similar action again and now with the support of Pakistan against India while Russia, due to its own compulsions, remains out of the reckoning.

India has support from the QUAD, the US and the West against any Chinese misadventure. However, this support would, at best, be moral, material and intelligence based in nature. In fact, under the evolving circumstances this too may be difficult to come by since President Biden has been shy of pressuring China to come out openly against the Russian aggression. The west too has refused to help Ukraine militarily despite having wooed the country for years on end to join NATO.

The writing on the wall is that India will have to face a conflict on ground all by herself.  This is a reality that India will need to stay alive to in the coming months as global tensions escalate. Thus, India’s response to the global crisis will also need to keep this real-politics in mind.

It seems that India has opted for such a cautious approach. In a telephonic conversation with President Putin. Prime Minister Narendra Modi has called an immediate cessation of violence and a “concerted effort from all sides to return to the path of diplomatic negotiations and dialogue.” It is further reported by the Government release that Prime Minister Narendra Modi reiterated his “long-standing conviction that the differences between Russia and the NATO group can only be resolved through honest and sincere dialogue.” Having said so, India has also impressed upon Russia the need to ensure the safety of all Indian citizens in Ukraine. In the meeting of the Indian Cabinet Committee for Security (CCS) the prime minister has accorded highest priority to the safety and security of Indian nationals including students in Ukraine

For the moment, India has adopted a righteous and justified approach, one can only hope that the irresponsibility and lack of vision shown by world leaders till date is replaced, in a timely manner, with diplomatic resoluteness to ensure global peace and security under all circumstances. If such a situation is not forthcoming then India will need to stay prepared to safeguard her security interests against possible misadventure by our enemies. Happily, the India Army is ready to face all threats, the nation too will undoubtedly match the resoluteness of the Indian forces and support them all the way.