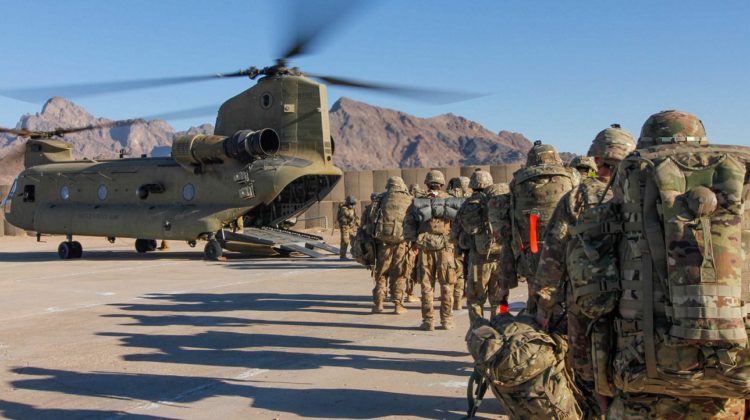 ‘You can change friends, but you can’t change your neighbours.’ What does one do when some  rogue people come and occupy one’s neighbourhood? People who give a damn to the rules of civilized society, harbour outlaws, threaten the neighbours, deal in  contrabands and do all things wrong to disturb the peace and tranquillity of the area.   First, you complain to the local society and Panchayat. They don’t listen! Then you complain to the police and the Court. Imagine, if there  was no police and courts to protect your rights and privacy. Now what?? You change the house, migrate to another town and live peacefully. In international relations, nation states do not have such options of legal remedy or changing the location against a rogue neighbour.   So the only option left is to brace up, prepare yourself and learn to deal with them. India is one such Nation saddled with unstable neighbourhood. As if Pakistan and China were not enough, Taliban taking over Afghanistan further adds to the problems. India would perforce have to engage with its neighbours for lasting peace and yet be fully prepared for  turbulent times ahead.

Afghanistan has been associated with India since the days of Ramayana and Mahabharata. King Dashrath’s wife Kakeyi was princess of Kakeya Pradesh, which in ancient times, constituted a group of Kingdom’s in the general area of today’s Afghanistan. Gandhari, the famous queen of Emperor Dhritrashtra, in Mahabharat, was from the Ghandhar kingdom in Afghanistan. Afghanistan has been under domestic upheavals since ages. In pre-medieval times also, various tribal groups under petty chieftains fought with each other for dominance.

In the 19th century, there was a contest between Great Britain and Russia to gain dominance of Afghanistan. Britain could not fully colonize Afghanistan despite many expeditions and several wars. Soviet troops invaded Afghanistan in December, 1979 to help the leftist government led by Barabak Kamal to suppress a violent revolt thus triggering a long and devastating civil war. India closely watched the developments.

The rise of the Mujahidin (Taliban) movement was covertly supported by Pakistan’s ISI at the behest of the United States so that  USSR was forced to withdraw with great losses in 1989 after almost 10 years of nightmare. Taliban captured Kabul in 1996 and declared an Islamic state of Afghanistan.  Taliban, then became a monster out of control of its masters – Pakistan ISI and the US.  Taliban was into all wrong things, with total disregard to international norms, pressure or threats. They trained,  harboured and exported terrorists; brutally executed moderates and destroyed heritage sites in Afghanistan.  Afghanistan soon became the supplier of over 90 percent of the world’s opium.

On 11 September, 2001 (9/11), Al Qaeda terrorists hijacked four civil aircraft’s and crashed them in the twin towers of the World Trade Centre and Pentagon in USA.  The chief of Al Qaeda was under the  protection of  the Taliban. In a joint offensive of USA and allied forces, removed the Taliban from power in December, 2001, and a democratically elected government was put in place in 2002.

Beginning in 2005, violence resurfaced as the Taliban reasserted its presence with new tactics modelled on those used by insurgents in Iraq. The Taliban’s resurgence corresponded with a rise in anti-American and anti-Western feelings among Afghans. Those feelings were nurtured by the sluggish pace of reconstruction, allegations of prisoner abuse at U.S. detention facilities, widespread corruption in the Afghan government and civilian casualties caused by U.S. and NATO bombings. Taliban spirit lived on even after elimination of key leadership. They continued the struggle for 20 years and finally got to rule the Afghanistan back again.

Withdrawal of US and Nato Forces

The US policy in dealing with Afghanistan has been a total disaster. Now the US, after 20 years of debilitating engagement with the Taliban that it nurtured and equipped earlier against the Russians, decided to extricate from the region. The war in Afghanistan has taken a huge toll on USA. Approximately 2500 US soldiers have died, with double the number injured/wounded, even as 1.5 lakh Afghan civilian deaths are reported. The expenditure is pegged at about two trillion dollars. Afghanistan War has become the longest war ever fought by the USA.   A face saving agreement to withdraw also includes guarantees from the Taliban that the country will not be used for terrorist activities. However, organizations like Taliban cannot be trusted to honour such agreements.

Ever since the Taliban was routed in late 2001, India has been dependent on the US security umbrella to secure its interests in Afghanistan. India withstood all the pressure and did not get involved militarily in Afghanistan and has a presence only in development projects for the well being of the masses. After the moving out of US and NATO Forces, India will have to do a strategic rethink about its Afghan policy.

It is not easy to predict Afghanistan’s future. All possibilities ranging from a protracted civil war to   armed conflicts between militias are predicted. With the Taliban’s unstoppable rampage and growing battlefield advantages, Afghanistan has entered the most turbulent phase in recent years. Taliban controls almost 85% of Afghanistan today. Kabul is about to fall in Taliban’s lap. Every important country from the region has stakes in the stability of Afghanistan, yet no country, including India, seems to be interested in militarily involving itself in Afghanistan.

The Boldak-Chaman check point at Pak-Afghan border has been  taken over by the Taliban from Pakistan. This means significant loss of revenue to both Pak and Afghanistan. The Taliban has already secured border crossing points into Iran, Turkmenistan Tajikistan and Uzbekistan earlier. Their game plan is to cut off  Afghan Government forces by road, from any of the neighbouring countries. Recent reports also indicate that the Pakistan Army and the Chinese have lost many personnel in bus bomb blast by the Taliban on the Baloch-Afghanistan border. Such attacks are bound to increase in the times ahead. All regional countries including CAR, Russia, China, and Iran  have similar worries about increased Taliban dominance. The Taliban cannot  be trusted and all neighboring countries need to keep up their guard.

Unlike the 1990s, the Taliban 2.0 also want recognition and support from the international community. They may also need resources to run Afghanistan. Today, they are not isolated.  The Taliban has strong links with Pakistan and they are garnering support from  China thru Pakistan. The China-Russia bonhomie is also matured now. Together their influence in the Central Asian republics is significant. Tehran is also keen to work mainly with Russia and China, due to the their US’ obsession. Pakistani scholars are conjuring up fanciful scenarios – forming QUINTET (Anti-QUAD) arrangement comprising, China, Russia, Iran, Taliban led Afghanistan and Pakistan, for  countering the QUAD grouping of India, US, Japan and Australia.

Growing dominance of Taliban, post withdrawal of NATO forces, is not good news for India.  India has always sided with the Government of Afghanistan and believed in peaceful development of Afghanistan. Kandahar aircraft Hijack is a scar that India will never forget and hence the hatred for Taliban 2.0 also. India’s major worry is the Taliban’s links with Rawalpindi (ISI). Their relative success in Afghanistan will have direct and indirect influence on Pakistan’s proxy war in Kashmir. Afghanistan will be the military academy for Jihadis. The  Pak sponsored and Taliban trained “Foreign Terrorists” will be inducted into Kashmir to step up the terrorist activities and create trouble for India and it’s defence forces.

It is vital that India comes to terms with this complex dynamics. Therefore, the crucial elements of India’s Afghan policy are being re-aligned. India is busy talking to Iran and Russia to come out with a joint strategy to safe guard their interests and assets in Taliban controlled Afghanistan. Since none of the three countries – India, Iran and Russia – have sufficient leverage individually, they should collectively use their influence to encourage all Afghan parties to work for relatively smooth transition to a neutral interim government. This is the only way to avoid a chaotic outcome and consequent, adverse fallout on India.

Presently, India is faced with an unprecedented geopolitical crisis. Afghanistan is becoming a hot potato which India doesn’t know whether to eat, hold or drop.  Dynamic situations need innovative solutions. India will have to bring in ‘out of the box thinking’ and recast it’s Afghan Policy in a new mould.  However, we have to be prepared to handle increased terrorist activities on ground because “Boots on Ground cover the last mile of Diplomacy” in statecraft. Looking for friends and allies beyond immediate neighbours, which is also integral part of India’s ‘One World’ policy, needs to be stepped up.  The divine blessings to India are very much needed, at this hour.