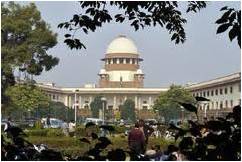 The visit of, Bill Clinton, then President of the United States to India in was overshadowed by the barbaric massacre of 35 Sikhs at Chittisingpora in the Kashmir Valley by Pakistan sponsored Islamic terrorists on March, 20, 2000. Within a day of the massacre the J&K Police nabbed one, Mohd Yaqoob Wagey, who admitted to being a part of the terrorist group which carried out the massacre. Wagey gave information regarding possible hideouts of the group. This information was shared by the then SSP Ananatnag with Commander, 1 Sector Rashtriya Rifles (RR) of the India army. After due sanction, a joint operation was launched by 7 RR of the Army and the J&K Police on March, 25, 2000, at Panchalthan, Pathribal, about 20 kms from the site of the massacre. Five unidentified terrorists were killed and arms and ammunition recovered.

The matter was duly reported by the media on the basis of statements given by the Inspector General of Police, Kashmir range, A K Bhan and senior Superintendent of Police Anantnag, Farooq Khan. Kashmir Zonal Police headquarters also issued a press statement, claiming that five Lashkar terrorists responsible for the Chittisinghpora massacre had been eliminated in a joint operation. The then Union Home Secretary Kamal Pandey reportedly gave a similar statement at a press conference in New Delhi. An FIR was lodged by adjutant 7 RR, stating that five unidentified terrorists were killed in the operation. The forensic report of recovered weapons revealed that the cartridges had been fired through the said rifles thus suggesting exchange of fire between the Army, the Police and the alleged terrorists.

A protest demonstration was held by local villagers on March, 29, 2000 demanding further investigation of the incident. On the basis of this demonstration, Chief Judicial Magistrate (CJM), Anantnag, directed exhuming the bodies and DNA testing. On March, 06, 2002, about two years after the incident, media reports suggested that the DNA samples had been fudged. On March, 08, 2002, the State Government set up a one man commission to probe the allegations. The report of the commission was perused by a three member cabinet sub-committee under Deputy Chief Minister which recommended that the case be handed over to CBI. The CBI, after its investigation, filed a challan against the then commanding officer, three officers and one junior commissioned officer of 7 RR in the Court of CJM, Srinagar, for criminal conspiracy to launch a fake encounter. No police person was named in the challan.

The CJM granted an opportunity to the Army authorities to take over the case under the provisions of Army Act Section 125 for trial by Court Martial. The army authorities, in a written application, pointed out that no prosecution could be instituted except with the previous sanction of the central Government in view of the protection provided by Section 7 of the Armed Forces (J&K) Special Power Act, 1990. The CBI reply stated that since the alleged act could not be termed as, ‘discharge of official duty’, the accused persons were not eligible for protection under the said Act. The case has now come up for hearing in the Supreme Court of India.

The operation at Pathribal was a counter terrorist operation by the Army conducted on the basis of information provided by the police. The fact that it was a joint operation automatically negates malafide intent on the part of the army unit which was merely carrying out orders. Had the operation been fake the unit would not have involved the police in its execution. Further, in the absence of any wrongdoing or mal-intention on the part of the unit, the army found it improper to take over the case for trial by Court Martial. Documentary evidence on record clearly proves that the said operation was carried out as part of official duty, while being deployed in a disturbed area under the Armed Forces (J&K) Special Powers Act, 1990. The CBI report, while alleging criminal conspiracy against the army unit, curiously does not mention the police involvement in the whole case. This anomaly raises questions on the CBI investigation.

In the Supreme Court the matter has been taken up before the Bench of Hon’ble Justice BS Chauhan and Justice Swatanter Kumar on February, 03, 2012. The Additional Solicitor General (ASG) argued that to meet the peculiar conditions of employment of the Armed Forces in the State of J&K, the Parliament has provided protection under Section 7 of Armed Forces (J&K) Special Powers Act, 1990, whereby, once investigation is done, the matter has to be referred to the Central Government for sanction for prosecution. The ASG produced documents to show that the operation was undertaken by the Army unit in discharge of its duties in disturbed area, based on intelligence provided by the J&K Police and it was a joint operation where J&K police also participated as per the Daily Diary entry made at the police station. The operation undertaken was well documented with timely situation reports and the seizure memos etc available on record. The ASG also pointed out that the joint nature of the operation was established beyond doubt by the one man commission of inquiry constituted by the State Government.

The Court questioned the senior counsel of the CBI as to how the arms and ammunition recovered from the scene of occurrence reached there, the views of CBI on the official situation reports of the military authorities on the progress of the operation and whether the local police had registered any FIR on the alleged death of innocent civilians. The Court then adjourned the case to February, 24, 2012 directing the CBI counsel to make submissions as regards the aforesaid queries and also directed the ASG appearing for Union of India through Ministry of Defence and Ministry of Home Affairs as to their stand on the issue of prior prosecution sanction.