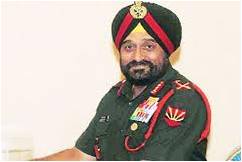 The PIL filed in the Supreme Court against the selection of Lt General Bikram Singh as the next Chief of the Indian Army has been dumped by the august Court where it belongs – in the dust bin. One wonders as to what prompted these senior citizens – a retired Admiral of the Indian Navy, a retired Chief Election Commissioner, a veteran journalist, a retired Lt General of the army and a retired IAS officer, to come together for a lost cause of this nature. One has never heard of this distinguished group having got together for any other matter of national interest, so why now and why in this regard? It would be worthwhile for the government to find the motive behind filing of the PIL, so as to get to the root of the forces that are working against its perfectly legitimate and considered decision concerning the Army.

It is being said that there are certain vested interests behind the appointment of Lt General Bikram Singh. It can also be argued that there are certain vested interests which do not wish to see him on the Chiefs chair for whatever reasons. Whatever the argument, there are certain forces at work that are clinging to straws to set back a government decision taken at the highest level, with due deliberation and in a bipartisan manner. This matter has been seized by authorities at multiple levels, internally within the army organisation, in the highest levels of the government and in one earlier instance in the apex court itself; at every stage the decision has gone in favour of the present dispensation.

Does the collective wisdom of all these august institutions and the learned people who man them amount to nothing in front of the petulant belief of a few senior citizens of the country who seem to have lost their basic sense of propriety? How can somebody be so stupid as to believe that in a sensitive matter of this nature, which is in the media glare, the government would not take all precautions before reaching to a decision? Is it necessary to make a specimen out of one of the most revered office of the country in this insensitive manner and in the process jeopardise national interest and stature? Has it become fashionable for some of us to provide free entertainment to our detractors, especially so, those across the border?

Lt General Bikram Singh has a distinguished career and all the attributes required to take on the responsibilities that are to be conferred upon him shortly. It is up to the nation to provide to him absolute, unstinted support so that he can do justice to his sensitive appointment. He has proved his credentials by maintaining a dignified silence despite uncouth attempts and blatant lies to malign his good name. Anybody else in his place would have probably filed a defamation case against those who have used insufficient knowledge to attack his personal credentials. It is, however, clear that he does not wish to engage himself in worthless controversy in the larger interest of the nation. Every time the muck flies it is the national stature which takes a beating. This matter has to be put to rest and the sooner the better. Maybe the time has come for the government to wield the stick and say enough is enough.