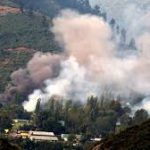 Jaibans Singh In India, there was widespread outrage against Pakistan post the Uri attack. The entire nation is looking for drastic retaliatory action and there was tremendous pressure of the government to act. In simple words – the people are baying for blood. The Indian Army has, in an unprecedented tactical manoeuvre, conducted trans-LOC raids on multiple launch pads … END_OF_DOCUMENT_TOKEN_TO_BE_REPLACED