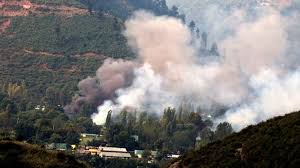 In India, there was widespread outrage against Pakistan post the Uri attack. The entire nation is looking for drastic retaliatory action and there was tremendous pressure of the government to act. In simple words – the people are baying for blood.

A cross border raid, by itself, is not an unusual military operation; it has been a part of military training manuals across the world since times immemorial. What is unprecedented, in this particular instance, is the political will that has allowed such an operation to be conducted. It has given to the Indian Army the leverage to resort to offensive defence which every professional soldier considers to be more suitable.

The Indian Army was unaffected by the media rhetoric then as it remains unaffected now. For the army this is part of the day’s work to counter evil designs of an unscrupulous enemy, even as absorbing the immoral Uri attack with resilience was part of its superior training. .

When seen outside the prism of media sensationalism, the operation was righteous in context and professionally conducted.

The righteousness for the attack emerges from the fact that it did not target any military installation of Pakistan and thus did not break the 2004 ceasefire pact.

Professionalism is evident from the precision with which it was conducted and the manner in which it was kept limited within the ambit of the political direction.

This is a true example of the example of synchronisation of the military aim with the political objective and it bodes well for the country.

That the national sentiment of retaliation to the barbaric, unprovoked attack on an Indian Army establishment at Uri has been achieved is an extra topping to the pudding.

A word about the military honour that the action portrays; the Pakistan Army shamelessly uses, poor, illiterate, ignorant, indoctrinated drug addicts to attack the Indian Army and lose their lives in the bargain.

The Indian Army, on the other hand, has remained true to the highest tradition of soldiering by going for a cross border operation on its own might, while risking the lives of its own soldiers.

The confusion that this bold, decisive action has created in Pakistan is palpable by the conflicting statements that are emerging from there.

While the dominant deep state of the country is vociferously denying the action, the government and Pakistan media have accepted the same albeit tacitly.

The attempt being made by the Pakistan Army to deny the operation is indicative of its vulnerability and insecurity on being surprised and hit to this extent and that too in a single night. Quite obviously the Pakistani generals did not expect India to react with such speed and decisiveness.

Politics in Pakistan are likely to witness a paradigm shift in the aftermath of the Indian attack. Pakistan Prime Minister Nawaz Sharif will attempt to regain his position that was considerably weakened due to leakage of the Panama papers.

It is well known that leakage gave Pakistan Army Chief, General Raheel Sharif, leverage over the prime minister to an extent that he was reduced to a mere rubber stamp.

It is only logical that the prime minister will use the opportunity to get rid of General Raheel Sharif at the end of his tenure in November this year. The general, in turn, may consider taking over the reins of the country as a dictator like many of his predecessors. Under the circumstances, a military coup in Pakistan is not beyond the realm of reality.

Post the Uri attack, Prime Minister Narendra Modi, while assuring the nation that the perpetrators of the attack will not go unpunished, chose to calibrate his response through a well crafted and cohesive strategy.

The contours of this strategy are visible from the statement made by him during Bharatiya Janata Party National Council meeting in Kozhikode, Kerala, and address of External Affairs Minister (EAM), Sushma Swaraj, at the UNGA.

Both leaders, while speaking in sync with each other, denounced Pakistan as the sole exporter of terror across the globe and castigated the Government of Pakistan for gross human rights violations in Baluchistan, Gilgit-Baltistan, Khyber Pakhtunkhwa and other areas.

Initiatives were taken on the diplomatic and economic front. These included initiation of a diplomatic process to isolate Pakistan country in the global comity and revisiting the Indus Water Treaty (IWT) and the Most Favoured Nation (MFN) status. These are strong experimental steps which will gain momentum with time.

With the surgical operations against terrorist launch pads, the Modi government has put in place the military prong of the initiative.

The message that has gone out unequivocally from India is that terror or any other means would not succeed to breaking Kashmir away from the country and it would be best for Pakistan to shed the immoral, confrontationist path.

It is clear that India is willing to use multiple options to render the punishment upon Pakistan for the Uri incident and any other similar misadventures that may take place in the future.

Pakistan has a proclivity to threaten nuclear escalation should India resort to a military option, by undertaking this attack India has demonstrated that she is unlikely to get cowed down by this frivolous argument.

In view of the possible retaliation by the Pakistan army to the latest military action, India would be well advised to strengthen its internal security, especially so in the Kashmir Valley.

The security forces operating there have to be provided with all support – material, moral and emotional, to perform the very challenging task that they have in their hands.

The strategy to counter Pakistan also needs to concentrate on ways and means to weaken the Pakistan Army that is undoubtedly the biggest villain in the piece. This can be done by convincing the international community to stop providing weapons and equipment to this maverick organisation.

India is on the right lines in its strategy to deal with Pakistan. Success will come through patience and perseverance. Innovative means will need to be incorporated in the strategy as it evolves.

(Jaibans Singh is an analyst, author and columnist)