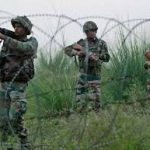 Jaibans Singh The Bhartiya Janata Party (BJP) led NDA government is poised to begin its second consecutive term in office with a landslide victory in the recently concluded general elections. The clear majority will facilitate the party in taking some bold decisions. Quite naturally, all eyes are on Kashmir! There is anticipation of some drastic changes in policy with … END_OF_DOCUMENT_TOKEN_TO_BE_REPLACED