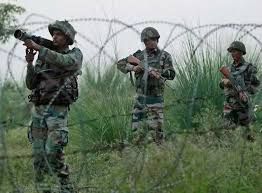 The Bhartiya Janata Party (BJP) led NDA government is poised to begin its second consecutive term in office with a landslide victory in the recently concluded general elections. The clear majority will facilitate the party in taking some bold decisions. Quite naturally, all eyes are on Kashmir! There is anticipation of some drastic changes in policy with respect to the sensitive region, especially so, in the domain of security.

Will the government upscale its posture on the line of control? Will it give more traction to the counter-terrorist operations being conducted in the hinterland? Security decisions are taken on the basis of threat perceptions, internal or external. They have to be in concert with the imperatives of national sovereignty and integrity and the resultant political aim.  In military terminology there is no such term as muscular policy, as some like to define the current operational mode in Kashmir. It has been coined in the political and intellectual domain to give a desired and vested interest dimension to a security scenario.

The outgoing NDA government was very clear in its political aim. It did not wish to micro-manage the operations of the security forces, and as such, it give to the commanders on ground full liberty to conduct the same as they deemed fit.

With regard to the external environment, the government made it known, not only to the country but to the entire world that it will not take ingressions on its sovereignty lying down. Hence, the Army was motivated to use its freedom in the conduct of operation along the line of control to effectively counter all enemy misadventures be they, infiltration, ceasefire violations, raids, ambushes etc.  By launching the surgical strike and the air attack on identified terrorist camps deep in Pakistani territory, the government merely pursued its declared policy of zero tolerance to enemy aggression.

It is the duty of the state to rid society of criminal, violent, anti-national elements operating within its territories. To this extent, the neutralising of terrorists by the forces amounts to a discharge of the functions of internal security. The security forces were free to do what was necessary; they have performed their duty with efficiency and will undoubtedly continue to do so. it is notable here that in the conduct of the operations, the security forces pursue a very humane policy. All cornered terrorists are given an opportunity to surrender. Parents and elders are specially called to motivate them to do so. The killing is mostly the last resort when all other efforts have failed. On many occasions, the security forces buy casualties of own personnel in their attempt to save the life of the terrorist. What more can be expected from any force?

It is quite apparent that the internal security policy in Kashmir is based primarily on the situation on ground. More importantly, it is righteous, justified and in national interest. Under the circumstance, the incoming government does not have much leverage to tweak, let alone change, the existing paradigm in the state.  Changes, if any, can come about only if the protagonists in the game bring about a change in their policies towards the Indian Nation.

The prime minister of Pakistan, Imran Khan, has been giving wide hints about initiation of talks with the incoming government. Such a situation is feasible only if he can control the rogue elements in his country who are aligned against India, since the NDA government is unlikely to let down on its policy of “no talks till Pakistan does not stop export of terror into India.” The stand taken by the government finds justification on two counts. First, the policy is reasonable and defensible in the global domain. Second, the alliance has won the general elections on this mandate. The heating up of the line of control can stop in one day if Pakistan can measure up to what is expected of it not only by India but the entire world.

The internal security situation can change only if the minuscule percentage of Kashmiri youth who are taking the path of terrorism realise the folly of pursuing this self-destructive path at the behest of enemies of the nation. Those who are in it already have an open offer to rejoin the mainstream with no questions asked, those who are being indoctrinated to in should inform the security forces about the elements indulging in this nefarious activity and help to nip it in the bud.

It is often debated as to who is responsible to wean away the youth from the cult of terrorism, the government agencies, security forces or the civil society.  There can be no two views about the primary responsibility being that of the civil society, especially the immediate family of the youth. The government needs to extend all required assistance in this direction in terms of creating awareness, more job opportunities, social activities etc. to keep the youth gainfully engaged. The security forces, especially the Indian Army, have for long had in place some very innovative and positive initiatives aimed at “winning the hearts and minds” of those who are suffering because of the ongoing foreign sponsored terrorism. Operation Sadbhavana by the Indian Army is one such initiative that has seen extraordinary results in welfare measures in both scale and content.

It is a matter of time (and not too long) before the Indian Army completely dominates the security situation, both internal and external. It is hoped that those aligned against the interests of the Indian Nation will understand the futility of their cause and opt for an honourable path of reconciliation before it is too late for them. In India the same party may be coming back to power but a change in government does afford an opportunity to herald a new beginning. They will find the government to be both forthcoming and responsive.

(Jaibans Singh is a reputed expert in national security affairs)