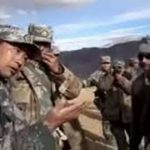 Jasbir Sarai As India and China continue with their face-off at multiple points along the Line of Actual Control (LAC) it becomes imperative to revisit the various agreements and protocols that guide the management of the LAC. There are "five pacts" that both sides have, over time, agreed upon to maintain “peace and tranquility” along the borders. These are:- The 1993 … END_OF_DOCUMENT_TOKEN_TO_BE_REPLACED 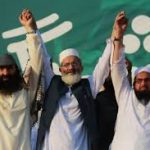 Vikas Khanna The chest-thumping by Indian politicos as well as TV journalists on imposition of sanctions by the United States on the Hizbul Mujahedeen (HM), after declaring it a foreign terrorist organisation, gave an impression of a major battle having been won against terrorism in Jammu and Kashmir. But is it? How does it make any difference if the US freezes any assets … END_OF_DOCUMENT_TOKEN_TO_BE_REPLACED