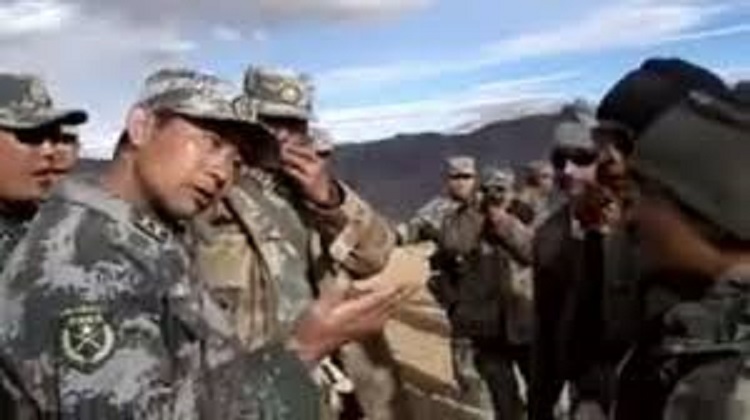 As India and China continue with their face-off at multiple points along the Line of Actual Control (LAC) it becomes imperative to revisit the various agreements and protocols that guide the management of the LAC. There are “five pacts” that both sides have, over time, agreed upon to maintain “peace and tranquility” along the borders. These are:-

By the beginning of the 21st century, the two sides had agreed not to let the border dispute affect bilateral engagements. Both nations have, on more than one occasion, reaffirmed the need to respect and abide by the LAC pending a resolution of the boundary issue. During then Prime Minister Atal Bihari Vajpayee’s visit to China in 2003, the two sides agreed on the appointment of special representatives for consultations to arrive at a framework for a boundary settlement. This was inked in 2005 into the agreement on ”Political Parameters and Guiding Principles for the Settlement of the India-China Boundary Question.”

The present Government has remained engaged on the issue with many bilateral meetings and Summits having taken place between Chinese President Xi Jingping and Prime Minister Narendra Modi. Discussion with regard to the border dispute was always prominent during the meetings.

Despite all the efforts, China has not relented from back stabbing India and flouting established norms. The last few years have witnessed, apart from small intrusions and ingress attempts, three major incidents. These are the three-week standoff in Daulat Beg Oldi in April-May 2013; the September 2014 faceoff in Chumar region of Ladakh and the Doklam imbroglio last year.

The Chinese pattern of operations is well established. First its troops move in to a location in the form of patrols, this is followed by gradual build-up of infrastructure and creation of an impasse, then comes Government to Government arbitration. Finally, once the right noises have been made the Chinese troops move back and status quo is maintained.

Troops of the Indian Army deployed along the LAC, on the other hand, scrupulously follow  all protocols and guiding principles. They are well aware of the LAC alignment and have never transgressed upon Chinese land. It is so because China is a neighbour with whom India wants a relationship of trust and environment of peace. The problem lies in reciprocation of similar sentiments from the other side too.

The main reason behind the recent upsurge in Chinese incursions is India’s upgrading of border infrastructure. What China is conveniently sidelining is the fact that the Indian upgrading is in response to Chinese build-up of rail and road networks around the border.

Now a situation has arisen where US President Donald Trump has attempted to join intervene in the faceoff . “We have informed both India and China that the United States is ready, willing and able to mediate or arbitrate their now raging border dispute. Thank you!” he tweeted on May, 27. The very next day he threw another bomb shell by implying that he had already spoken with Prime Minister Narendra Modi on the subject. “I can tell you; I did speak to Prime Minister Modi. He is not in a good mood about what is going on with China,” he said. India was first off the mark by strongly denying and conversation between the US President and Prime Minister Narendra Modi having taken place. The very next day (Friday, 29 May) China rejected the US offer and reiterated that  India and China have in place required communication mechanisms to resolve problems.

“Between China and India, we have existing border-related mechanisms and communication channels. We are capable of properly resolving the issues between us through dialogue and consultation. We do not need the intervention of the third party,” said Zhao Lijian, Chinese foreign ministry spokesperson while describing the situation at the border as “stable and controllable.”

India too has tacitly snubbed the mediation offer of the US President.  “The two sides have established mechanisms both at military and diplomatic levels to resolve situations, which may arise in border areas, peacefully through dialogue and continue to remain engaged through these channels,” said Anurag Srivastava, spokesperson, Ministry of External Affairs (MEA). On US mediation he glossed over by saying, “as I’ve told you, we are engaged with the Chinese side to peacefully resolve this issue.”

By suggesting mediation President Donald Trump has jolted the Asian giants into the realisation that the whole world is looking towards them and they need to show maturity by resolving the impasse.

The matter is presently being engaged at the diplomatic level as well as on ground by Armed Forces of both sides. Our leaders are hands on to the issue. Indian media can vastly help by not jumping the gun with sensationalism. It also needs to ensure that unnecessary confusion is not created by misinterpreting the LAC with China and the Line of Control (LOC) with Pakistan that has its own set of ongoing problems and issues. Reporting needs to be both responsible and authentic.

It is hoped that China will realise its mistake in heating up the LAC every now and then  and thus opening the door of outside intervention as attempted by President Donald Trump. It is hoped that the two powerful and mature countries will abide by their well established protocols and diffuse the tension at the earliest. Not only this, they also need to work relentlessly towards a final resolution of the border that has dragged along for years on end and is now a source of embarrassment for both countries.

(Jasbir Sarai is an army veteran and a social worker)