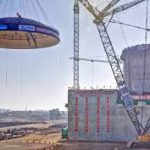 Prabhakar Gupta Pakistan’s Prime Minister Nawaz Sharif seems to be taking his additional duties as foreign minister of the country a bit too seriously; most of the time he is out of the country. What is important is to analyse the methodology behind his visits; the fact that he has gone maximum to the US, Saudi Arabia, China, Turkey speaks it all. Most of the countries fall in … END_OF_DOCUMENT_TOKEN_TO_BE_REPLACED 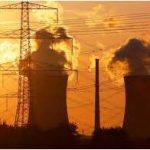 Prabhakar Gupta “Beijing should not allow its ties with other countries to become an impediment to advancing Indo-China relations” - a very clear and direct message given by Prime Minister Manmohan Singh to the new Chinese President Xi Jiping in their first meeting at Durban in the sidelines of the BRIC conclave. There is enough reason to believe that this strong statement … END_OF_DOCUMENT_TOKEN_TO_BE_REPLACED