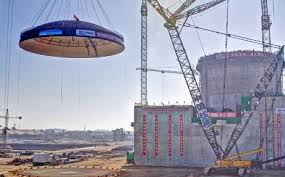 Pakistan’s Prime Minister Nawaz Sharif seems to be taking his additional duties as foreign minister of the country a bit too seriously; most of the time he is out of the country. What is important is to analyse the methodology behind his visits; the fact that he has gone maximum to the US, Saudi Arabia, China, Turkey speaks it all. Most of the countries fall in the “bail out” list of Pakistan; such “friends” on whose dole the country is surviving.

Recently the Crown Prince of Saudi Arabia, Salman bin Abdulaziz, who is also the defence minister of the country visited Pakistan. The importance of this particular visit can be gauged by the dole of a whopping $1.5 billion that the Prince gave to Pakistan under the garb of a “loan”. Pakistan has opened a special “development fund” to integrate this huge amount into it faltering economy leading to a welcome respite to the falling Pakistan rupee.

The visit may have something to do with the change in US policy towards Iran that has raised the hackles of Saudi Arabia. It may be recalled that America has negotiated a six-month relaxation in economic sanctions in exchange for Iran’s halt of enrichment activities. Saudi Arabia has been firm in its belief that should Iran go nuclear it would gain nuclear weapons capability, regardless of being a signatory of the Nuclear Non-proliferation Treaty. With the US showing softness towards Iran, an irate Saudi Arabia is looking at its options to make good its commitment. Pakistan has, for long, been the custodian of the Saudi bomb made with the active support of China.

It can be logically surmised that the Saudi Crown Prince and defence minister has visited Pakistan to feel the pulse of the country’s nuclear commitment. That Pakistan has been successful in gaining his confidence is evident from the massive “loan” that has come its way from its everlasting friend. This thought process is further cemented by the recent three day visit of the King of Bahrain to Pakistan during which time the monarch had a long meeting with Pakistan Army Chief at the Joint Headquarters in Rawalpindi. Obviously, there was something in the headquarters that the King wanted to see for himself otherwise the meeting could have been held incognito in some other place. Only something connected with the nuclear arsenal of Pakistan can be important enough for such a deviation from protocol.

Pakistan is merely a vehicle in fructification of aspirations of the Middle East countries so far as nuclear capability is concerned. The master strategist and resource provider is China. It is China that clandestinely provided nuclear weapon technology to Pakistani nuclear scientist AQ Khan. China went a step further and gave delivery systems in the form of ready to use nuclear capable missiles and also passed on missile technology to Pakistan. It was from Pakistan that nuclear technology passed on to North Korea

Saudi Arabia outsourced its nuclear requirement to Pakistan in order to keep the flow of petro-dollars open. The US knew what is happening but the need of Saudi oil proved to be more urgent than the need to restrict nuclear proliferation; hence, while making some noises it opted to turn a blind eye.

While professing to be a “serious and responsible” nation with regard to nuclear weapon proliferation China has mastered the art of arming rogue states across the globe and also providing them political support against international pressure. Both Iran and North Korea have found support from China in all UN resolutions against them with regard to the nuclear issue. China involved world bodies in what is called the six-party talks on nuclear programme of North Korea to give to the country crucial time and space to build its first nuclear bomb that was detonated in 2006. The country has not looked back ever since. It is also being said that funding for the Korean bomb came from Tehran.

The logical derivative is that China has been the pivot for the nuclear ambitions of the biggest adversaries in the Middle East, Saudi Arabia and Iran, and this has been done through Pakistan and North Korea.

In the use of nuclear energy for civilian purposes by Pakistan, China invoked a “grandfather clause” which refers to the commitment that China had given to Pakistan before joining the Nuclear Suppliers Group (NSG) in 2004 to construct two more reactors Chashma III and Chashma IV; construction of the two reactors is going on in good speed; recently the dome of Chasma III has been put in place and the projects are running before schedule. The matter does not end here, there seems to be a secret deal between China and Pakistan for construction of Chashma V that will produce, against all safeguard norms, a whopping 10000 MW of electricity.

The India-US civil nuclear deal of 2005 that gave an exemption to India to import nuclear materials for civilian use from the NSG was enough for China to come out in support of Pakistan. Two massive reactors are proposed to be built by China near Karachi as part of a shady deal that is being resisted by civil society in view of the grave security risk to the heavily populated city. The nuclear reactor site in Karachi has more people living within 30km than any other reactor site in the world. All this is happening when the horror of Fukushima in Japan is still fresh in the minds of the world. It should never be forgotten that the fissile material that Pakistan and North Korea possess has more than pone owners in the Middle East.

China and Pakistan are making a mockery of international non-proliferation norms and established checks and balances. With nuclear weapons in the hands of sworn enemies like Saudi Arabia and Iran the world remains susceptible to a nuclear holocaust now more than ever. It is time for the international community to contain the volatile situation before it is too late.