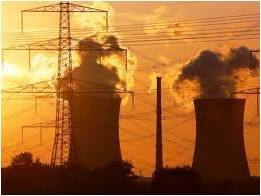 “Beijing should not allow its ties with other countries to become an impediment to advancing Indo-China relations” – a very clear and direct message given by Prime Minister Manmohan Singh to the new Chinese President Xi Jiping in their first meeting at Durban in the sidelines of the BRIC conclave. There is enough reason to believe that this strong statement in the first meeting between the leaders of the neighbouring Asian giants was prompted by a report about Chinese intention to sell a new round of nuclear technology to Pakistan to be used at the Chashma Nuclear Power Complex.

The Chashma Nuclear Power complex near Chashma city, Punjab, Pakistan, is a commercial nuclear power generation complex, consisting of Chashma Nuclear Power Plant-I (CHASNUPP-I) and Chashma Nuclear Power Plant-II (CHASNUPP-II), with CHASNUPP-III and CHASNUPP-IV under construction. The reactors and other facilities at the complex are being built and operated by the Pakistan Atomic Energy Commission with Chinese support. China had agreed way back in 2004 not to sell additional reactors to this nuclear facility beyond the two reactors that began operating in 2000 and 2011. The new development, therefore, has come as a surprise to the international community and has raised hackles in India.

It is being increasingly suggested that the deal was signed in Beijing during a visit by a delegation of the Pakistan Atomic Energy Commission in mid-February this year. The necessary technology is to be provided by the China National Nuclear Corporation. A spate of statements and actions point towards a step by step approach to prepare the world for this development; international reaction is being monitored at each stage to restrict any strong upheaval.

The ground work was done much before the Pakistani delegation visited Beijing. On February, 20, a delegation of the Missile Technology Control Regime (MTCR) visited Pakistan. The visit was covered not only by important Pakistani newspapers the but also by well known Chinese news services like Xinhuanet. The write up was probably taken from a common press release since the wordings were similar. The crux was given verbatim both in Pakistan and Chinese media as, “”Pakistan hopes to develop a mutually beneficial relationship with all of these regimes, and would welcome cooperation in the field of peaceful uses of nuclear energy, biology and chemistry as well as space science and technology, with any member of these groups, while maintaining a nuclear deterrent in the interest of regional peace and security.” The intention of the entire exercise cannot be made more obvious than this.

Finally on March, 26, Chinese Foreign Ministry spokesman Hong Lei disclosed that a secret agreement for an additional reactor in Chashma had been reached. He did not do so directly but his response to a pointed question in this regard led many experts to take it as a tacit admission. He said, “China has noted the relevant report,” normally, Chinese government spokesmen deny such reports and label them as “groundless” in order to avoid comment. Hong Lei then went on to justify the project, “The cooperation between China and Pakistan does not violate relevant principles of the Nuclear Suppliers Group,” he said. “In recent years, China and Pakistan did indeed carry out some joint projects related to civilian use of nuclear energy. These projects are for peaceful purpose only, in compliance with the international obligations shared by both countries and they are subject to guarantee and monitor by international atomic energy organization.” In an article titled, “China confirms nuclear deal with Pakistan” the Washington Post has gone to the extent of stating that, “China confirmed this week that it will sell a new 1,000-megawatt nuclear reactor to Pakistan that, the United States says, would violate Beijing’s obligations under a nuclear supplier control group.”

Even though the exact details of the reported deal are still unknown; there is a sense of disquiet in the global nuclear circles with regard to this development. Several countries have argued that this transfer of nuclear technology would violate Beijing’s pledge, as a member of the Nuclear Supplier Control (NSG), to not sell nuclear materials, technologies and related equipment to states outside the non-proliferation regime. In any case, Pakistan does not have a comprehensive safeguards agreement with the International Atomic Energy Agency; this being one of the NSG guidelines for nuclear exports. China, therefore, would be committing a violation by going ahead with the project.

Richard Fisher, a China affairs specialist with the International Assessment and Strategy Center, feels that China should not have been allowed an entry into the NSG without declaration of its stand with regard to the reactors at Chashma. Now a situation has developed where China has obtained access to US technology as a member of the NSG and is going ahead with its efforts to build up the nuclear capabilities of Pakistan.

Along with India other countries of the world are nervous about China’s undeterred support to the nuclear ambitions of Pakistan since Pakistan is known to pass on the technology and thus break down international non-proliferation norms. Many countries of the NSG, like the Netherlands, have tried to corner China in this regard but have met with resistance and a refusal to provide necessary documentation to clarify its stand.

India has every reason to be worried and the worry has been expressed bluntly by the Indian Prime Minister. The recent Chinese incursion into Indian territories in Ladakh will lead to further tension in the relationship between the two countries. This is definitely not a good start for the new regime in China so far as India is concerned. It can only be hoped that the global community will be sensitive to the danger posed by Chinese nuclear adventurism in the sub-continent and will support India in containing the threat. If China is allowed to go ahead with this adventurism the global nuclear threat will grow exponentially.