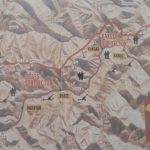 Jaibans Singh The ongoing week marks the 21st Anniversary of India’s victory against Pakistan in the Kargil War, also called Operation Vijay. In 26, July, 1999, Pakistan announced complete withdrawal of its troops from the Kargil heights when nothing was left over there to withdraw with its beleaguered troops having been battered by the Indian Army. Every year, on 26, … END_OF_DOCUMENT_TOKEN_TO_BE_REPLACED