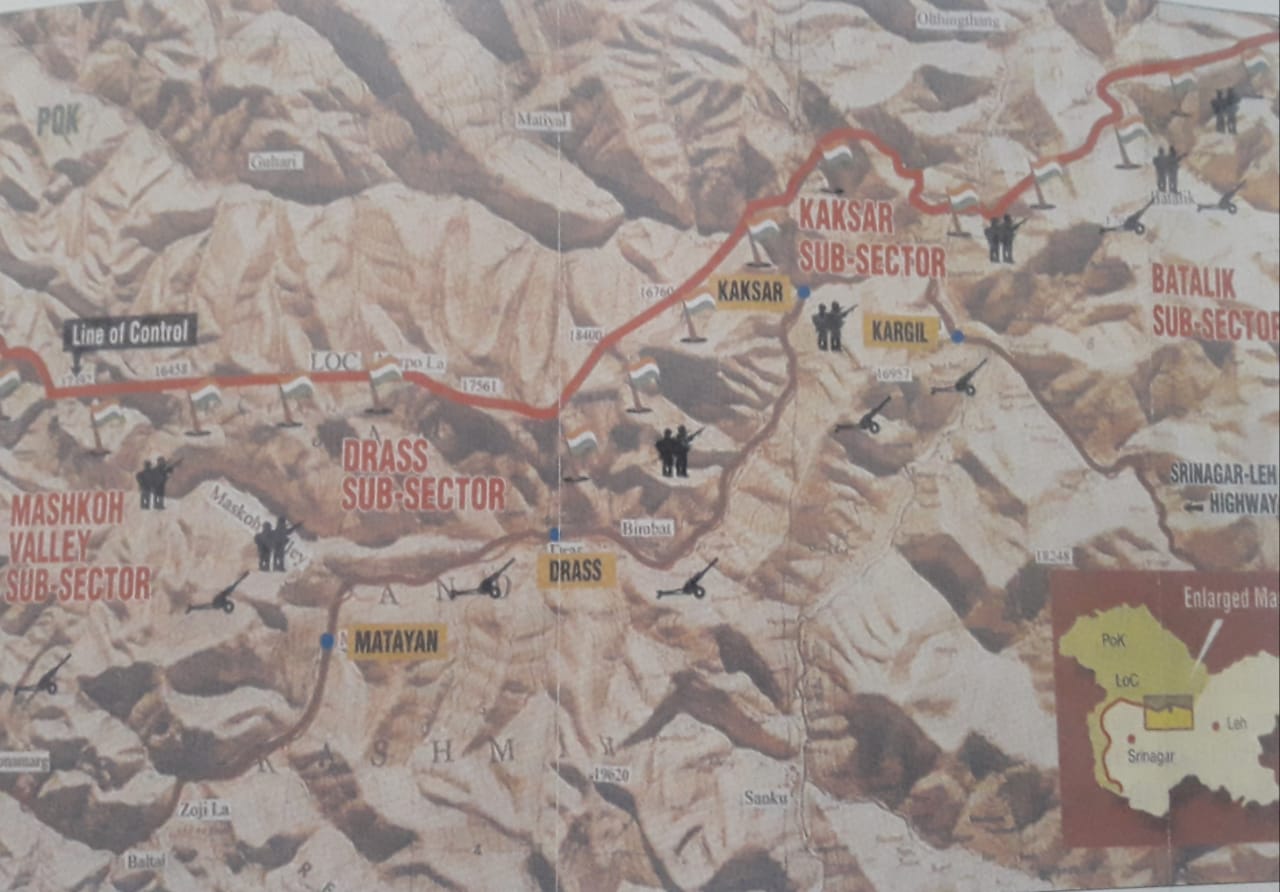 The ongoing week marks the 21st Anniversary of India’s victory against Pakistan in the Kargil War, also called Operation Vijay. In 26, July, 1999, Pakistan announced complete withdrawal of its troops from the Kargil heights when nothing was left over there to withdraw with its beleaguered troops having been battered by the Indian Army.

Every year, on 26, July, India celebrates the great victory achieved by the courage and perseverance of its troops in the face of almost insurmountable odds. This year the celebrations have been curtailed due to the COVID-19 related restrictions, but the feeling is very much alive in the hearts of each and every Indian.

When one speaks of the Kargil war what comes to mind first of all is the treachery of the Pakistani military leadership that extends not only to the troops that it deployed but also to the nation at large. Clearance for the misadventure was not taken from the Nation’s leadership. Nawaz Sharif, then Prime Minister of Pakistan, the chiefs of Pakistan Air Force and Navy and even the Inter Services Intelligence (ISI) had no knowledge of the operation.

A common factor of all books and papers written about the Kargil War, including those in Pakistan, is the poor planning and execution of the operation by the aforementioned officers now referred to as the “Kargil Clique.” A Pakistani writer, Nasim Zehra in her book, From Kargil to the Coupsays, “These generals planned operation Koh Paima (KP) less as intelligent and accountable strategists (and more) as covert, unaccountable campaigners.” In a further indictment she adds, “The Kargil clique had no plans for [the men occupying the heights] when the enemy struck back.”

An eminent Pakistani writer, Altaf Gauhar, has suggested that Operation Koh Paima was formulated way back in 1987. The plan, however, was set aside as militarily untenable, irrational and internationally indefensible. It was not agreed to by both President Zia-ul-Haq and Benazir Bhutto. Why then did Pakistan decide to take this gamble after a decade plus? The reason was General Pervez Musharraf! He had been part of the initial planning and had all through considered the plan to be operationally tenable.

In fact, even the Pakistan Directorate General of Military Operations (DGMO) had raised objections in December, 1998 when plans of the operation were presented to it. It was then that the Kargil Clique decided to go for it all by themselves.

The Kargil Clique factored in a normal winter, a weak and vacillating Indian reaction, a strong element of surprise, and a strong international intervention for fear of a possible nuclear escalation. All tenuous probabilities not based on rational analysis. Having decided to launch the operation, it sent in troops of the Northern Light Infantry (NLI) for the same. The units earmarked were 3, 4, 5 and 12 NLI with a few others. The NLI comprises exclusively of troops from Pakistan Occupied Jammu and Kashmir. They are less educated, hardy, innocent, well disciplined and loyal troops. They are, sadly, looked down upon by their Punjabi officer class. They became the cannon fodder, to be sacrificed at the altar of unsustainable ambition.

From January onwards, in the peak of winter, with inadequate clothing and almost zero logistics these troops were sent deep into Indian territory to occupy the heights. A captured diary of a Captain serving with NLI and inducted in February, speaks of temperature at minus 40 degree Celsius, terrifying blizzards, terrible thirst, and lack of food and clothing. The Captain’s untrained and ill equipped column lost eleven men in the approach march itself.  It is reported that on 28, March, 1999, General Pervez Musharraf personally camped in the Pakistani Zikria Mustaqar Post astride the Line of control and manned by 12 NLI to oversee the operation.

The game changer was the swift, incisive and courageous Indian response. Dispelling all Pakistani calculations India used air power and its Bofors guns to pound the entrenched enemy, even as Infantry troops launched heroic attacks. The tactical advantage of the enemy sitting on high ground did not deter the resolve of the Indian soldiers to throw him out of Indian soil. Thus came by the massive Indian victory.

The sad part is that while Pakistan suffered terrible loss of life and humiliation, those responsible for the disastrous misadventure prospered. General Pervez Musharraf, ably assisted by Lt Gen. Aziz Khan overthrew the elected government. He remained dictator of the country for a decade. Lt Gen. Aziz Khan became a four star General. Lt. Gen. Mahmud Ahmed was made Director General of ISI and Javed Hasan became a three-star general.  Kargil became a taboo subject in Pakistan and remained so till recent times.

Casualties on the Pakistan side ran in thousands, Nawaz Sharif puts them down to nearly 4000. The unfortunate loss was all due to the misplaced ego of an ill trained soldier who reached a high rank but held no compassion for his command or his country.

A similar state of imbalance between the political establishment and the Pakistan Army continues to exist, more so in the present context where Prime Minister Imran Khan is a puppet to the Pakistan Army deep state. The criticality is compounded by the unlimited power exuded by fundamentalist militant war lords who are aligned against India.

While celebrating the courage and devotion of the Indian army during the Kargil war, the Government of India and each and every citizen of the country need to remain ever ready to counter whatever evil design Pakistan would put in place to harm the Nation. Pakistan’s duplicity should neither be forgotten nor forgiven.

(Jaibans Singh is a geo-strategic analyst, columnist and author)