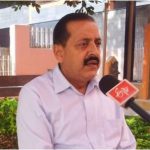 Jaibans Singh “Thank you for being so kind to me, I had expected much worse”, said Dileep Padgaonkar in response to a particularly belligerent question answer session on culmination of a discussion on the interlocutor’s report on Jammu and Kashmir. The comment was made at an event organised on 21 July, at New Delhi by a think tank “India Foundation,” to discuss the report. … END_OF_DOCUMENT_TOKEN_TO_BE_REPLACED 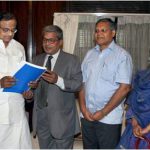 Simrit Kahlon The interlocutors, in their report submitted to the Parliament regarding the turmoil ridden state of Jammu and Kashmir have been very emphatic in reporting a feeling of victimhood that, they feel, is rampant amongst the people residing in the Kashmir valley. Not surprisingly then, the main focus of their report has been on the enumeration of measures that may be … END_OF_DOCUMENT_TOKEN_TO_BE_REPLACED

Simrit Kahlon The summer of 2010 was a turbulent one for Jammu and Kashmir. The Amarnath Yatra had been marked by controversy which had a violent spill over in Kashmir as well and Jammu regions. In this scenario, after taking initial punitive steps to restore a semblance of normalcy, the government at the Centre appointed a team of three interlocutors on October, 13, 2010, to … END_OF_DOCUMENT_TOKEN_TO_BE_REPLACED