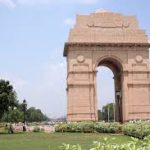 Jaibans Singh The 100th anniversary of World War 1 was recently celebrated in Europe with a fair degree of poignant elegance. The distance maintained by the Government of India from the event came as a surprise to the world given the massive contribution by the country to the war effort under British rule and the large number of soldiers of Indian origin serving the British … END_OF_DOCUMENT_TOKEN_TO_BE_REPLACED