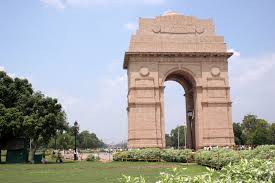 The 100th anniversary of World War 1 was recently celebrated in Europe with a fair degree of poignant elegance. The distance maintained by the Government of India from the event came as a surprise to the world given the massive contribution by the country to the war effort under British rule and the large number of soldiers of Indian origin serving the British Army who sacrificed their lives during the war. It seems that India is now hesitant to align itself with the demeaning times of British occupation and colonisation of the country.

One cannot help but find merit in the attempt to shed the aura of the “Raj”. There is, however, one serious hiccup. Even today the most significant symbol of the Armed Forces in New Delhi is India Gate – a memorial created by Sir Edward Lutyens to commemorate the 84, 000 Indian soldiers of the British Indian Army who laid their lives from 1914 to 1921 mainly during the World War I and the Afghan Wars.

Every year on January, 26, the occasion of the Indian Republic Day, the Prime Minister of India pays his respects at the Amar Jawan Jyoti, India Gate, New Delhi, before attending the Parade at the Rajpath. Changing the name does not change history, the fact remains that the Prime Minister of India is actually honouring those soldiers who laid down their lives in service of the British Army. That this is happening in a Nation whose soldiers have, since independence, shed their blood in four full-fledged wars, many insurgencies and acts of terrorism, is a matter of deep shame.

The reason for this state of affairs is the absence of a National War Memorial dedicated to our own martyrs for our own cause. This when a large number of nations have National Memorials in memory of their fallen heroes apart from having smaller memorials that are specific to a city, locality or a military establishment.

It is hard not to appreciate the magnanimity of the British who recognised and honoured the valour of men who fought and died for them. It is such sentiments so readily extended to those in their service, which inspired the undying loyalty of the native subjects. We as proud independent Indians have failed dismally in acknowledging and honouring the sacrifices of our own brethren in the service of our own nation.

The location of a monument of such great importance is also prime significance. There is a very strong case for erecting the National War Memorial along the Rajpath in the vicinity of Rashtrapati Bhawan. First and foremost, this is a prominent site which attracts a large number of visitors including tourists, visiting dignitaries and the locals. Second, it has national acceptance as a site dedicated to our gallant soldiers. A memorial over here would be a logical extension of a historical tradition. Third, a memorial of this nature is best located at a venue where the national parades are carried out and this requirement is most aptly met by the Rajpath. Further, the responsibility for maintenance of the memorial can be vested upon the Ministry of Defence which would be in a position to ensure the same by virtue of its close proximity to the complex.

The proposal for a war memorial at Vijay Chowk, Rajpath, has been in the pipeline for many decades. The bureaucracy has not allowed it to come through on the premise that the history and ambience of the area will get compromised. APJ Abdul Kalam, former President of India, while in office, made a valiant effort to push it through but could not overcome the bureaucratic hassles.

There is adequate space available in Vijay Chowk which can be gainfully utilised to create this structure. The best minds can get together and come up with an option that will enhance the prevailing ambience rather than compromising it. Advise can be sought from prominent architects, historians and intellectuals who are experts in the field. Whatever is created should enhance the stature of the existing heritage and this is very much possible. If the metro rail can find a solution for taking its line through the central vista than why can a war memorial not be accommodated over there?

The issue of a National War Memorial again came up for some serious discussion during the celebration of 15th Anniversary of the Kargil war. While in opposition the BJP had strongly supported creation of this venerable site; on assuming power the party has allocated Rs100 crore for the construction. The basic problem of selecting an appropriate site, however, remains. While the services are determined, and rightly so, to construct the monument at Rajpath the necessary sanctions are not forthcoming. Even the BJP government is finding it difficult to surpass the bureaucratic tangles and is suggesting an alternate site at Princess Park which is on the other side of Rajpath.

There is nothing wrong with the Princess park site except that India Gate will continue to retain prominence. In actuality, India Gate should be looked upon as a sad and ugly reminder of the Nations servitude to a foreign power and not a symbol of our nationalism.

The need for an Indian National War Memorial for soldiers, sailors and airmen of the Indian Armed Forces who have sacrificed their lives in service of our sovereign and independent Nation cannot be over-emphasised. This would not only be in tune with the precedence followed the world over it will also instill a sense of national pride and patriotism in all Indian nationals. The idea of creating a memorial on these lines at the Rajpath is the best solution. However, the need for a monument is greater than an unending discussion on the site. If anybody can swing this project it is the BJP government at the centre. It is therefore time to act. One way or the other the matter should be brought to hand at the earliest