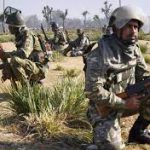 Dr. Simrit Kahlon The terror attack on an army convoy in Pampore that has led to the killing of three brave Indian Army soldiers gives a clear indication that change in the military hierarchy of Pakistan will not usher any paradigm shift in the country’s policy with respect to India. Export of terror to the state of Jammu and Kashmir and onwards to the rest of India continues … END_OF_DOCUMENT_TOKEN_TO_BE_REPLACED 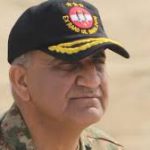 Jaibans Singh Pakistan has mastered the art of symbolism; of letting its actions do all the talking. As the country prepares for a change of Army Chiefs today (November, 29) two terror attacks in the Jammu region have sent out a clear signal that there is no change in its policy towards India. In the last few days after declaration of Lt. Gen. Qamar Javed Bajwa as Army Chief … END_OF_DOCUMENT_TOKEN_TO_BE_REPLACED