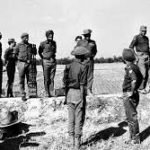 Jasbir Sarai It is now nearing five decades since the great Indian victory in the Indo-Pakistan War, 1971. For the nation it is a distant memory with the generation that witnessed the fabulous feat going fast into oblivion. That it was a glorious victory, one of its kind in the annals of Indian Military history, cannot be denied. Late Field Marshal Sam Mankeshaw, then … END_OF_DOCUMENT_TOKEN_TO_BE_REPLACED 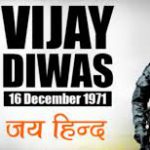 Jaibans Singh “Oye shera, agar tere varge afsar saadi fauj vich hon tan assi dunia di kisse vee fauj nu kacha kha jaiye.” (Hey Tiger, if officers like you were in our army we would eat up any army in this world). This remark was made by a Pakistan prisoner of war in East Pakistan (later Bangladesh) to an Indian officer, Lieutenant (later Lieutenant Colonel) Jasbir Sarai of 1st … END_OF_DOCUMENT_TOKEN_TO_BE_REPLACED