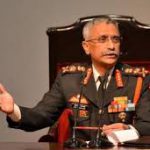 Jaibans Singh The Indian nation celebrates Army Day on January, 15 every year with great fervour. January, 15 has a historical significance; it was on this day, in 1949, that the Indian Army divested itself from British control with General (later Field Marshal) K. M. Cariappa taking over as the first Commander-in-Chief of the Indian Army from Sir Francis Butcher. A … END_OF_DOCUMENT_TOKEN_TO_BE_REPLACED 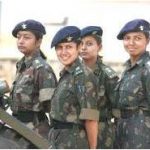 ARMY DAY SPECIAL Jaibans Singh In India, the month of January witnesses two things in ample measure – the biting cold and a spirit of nationalism. National fervour is whipped up by the Republic Day celebrations with parades and revelries generating tremendous enthusiasm. Yet another ode to nationalism is the Army Day celebrations held across the nation on 15th January. It was … END_OF_DOCUMENT_TOKEN_TO_BE_REPLACED