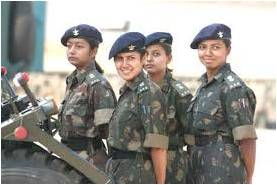 In India, the month of January witnesses two things in ample measure – the biting cold and a spirit of nationalism. National fervour is whipped up by the Republic Day celebrations with parades and revelries generating tremendous enthusiasm. Yet another ode to nationalism is the Army Day celebrations held across the nation on 15th January. It was on this historic day in 1949 that the Indian Army divested the control of the British with General (later Field Marshal) K. M. Cariappa taking over as the first Commander-in-Chief of the Indian Army from Sir Francis Butcher. A number of parades, memorial lectures, equipment displays, investiture ceremonies organised by the Army on this day elicit tremendous response from the general public. The Army Day is also a time to audit the achievements of the army in the year gone by. The pace for this very sensitive exercise is set, in no small measure, by the traditional press conference of the Chief of Army Staff (COAS). This year, the press conference by General VK Singh, COAS, was held at the majestic Manekshaw Stadium on 12th January. Many issues of relevance came up during the press conference.

In the year gone by, the army continued with its operational engagement in such pockets of the nation where inimical forces are not desisting from spreading the cult of terrorism. 65 brave soldiers of the army made the supreme sacrifice while upholding the safety and integrity of the nation in 2011. These included 11 officers, 6 Junior Commissioned Officers and 45 brave soldiers. Due to relentless anti terrorist operations by the army, the year gone by was the most peaceful in the Kashmir Valley since 1990. Jammu province witnessed 74 per cent decline and the Kashmir Valley witnessed a 33 per cent decline in terror violence as compared to 2010. Terrorism related violence in 2011 dropped to an all time low of around 190 incidents. Beyond internal security, the army also upheld its tradition of being the first to respond to natural calamities. It made a sterling effort to restore the situation in earthquake afflicted Sikkim and also some flood affected regions of the country. Operationally, the army made quantum progress in critical aspect of modernisation and transformation designed to make the force more lethal, mobile and network centric. Some new structures were put to test and validation. A primary validation initiative was Exercise Sudarshan Shakti which culminated in mid December, 2011. The exercise was witnessed by none other than the President of India, Pratibha Patil. It successfully validated a number of new concepts that were earlier on the drawing board. The fighting capability of the army was enhanced during the year by better surveillance, improved night fighting capability, air defence capability and human resource development. The army is now better poised for tactical decision making and deeper strikes.

The army rendered significant assistance in preparing police and Para-military Forces (PMF) in tackling internal strife. About 33,000 police and Paramilitary personnel were trained for counter Naxal operations. Advisories were given when sought and footprint in the region was improved by an increase in recruitment. However, the army desisted from getting directly involved in counter Naxal operations since it would weaken its bond with the people and negatively impact its preparedness for its primary task of defending the country’s borders against external aggression.

The environment in the neighbourhood continued to pose a challenge to India’s security. Even though Pakistan remained instable, its internal problems did not lead to a letdown in support to cross border terrorism. The army remained ready for all eventualities; it constantly monitored the border and had complete information about the 42 camps in Pakistan Occupied Kashmir which facilitate infiltration. The circumstances dictated enhanced vigil in Jammu and Kashmir and also the continuance of enabling legislations like the Armed Forces Special Powers Act which provide protection to the soldiers performing extraordinary duties under extraordinary circumstances. The line of actual control with the Chinese did generate issues of perceptions but confidence building measures remained in place even as necessary steps to build up defence capability in the form of force accretion and improvement of infrastructure were put into motion.

The army attempted to reach out to other countries in India’s extended neighbourhood through the medium of joint exercises and exchange of ideas on tackling terrorism and insurgencies. The army also continued with its sizeable contribution to the United Nation (UN) peace efforts with more than 7000 personnel deployed in UN missions abroad.

The internal health of the Indian Army was addressed by emphasis on the core value systems which form the bedrock of its culture. A clear message was sent out that rank and power will not come in the way of punishing those who indulge in misdemeanours and acts of impropriety. The army’s thrust towards sports and adventure was encouraged and the result was as many as 112 medals in the national games. Five army sportsmen have already been selected to represent the country in the London Olympics. The Indian Nation is going through some testing times. The Indian Army is prepared for all eventualities and for effectively performing its responsibilities towards the nation. The people of India see the Indian soldier as the epitome of all that is the best in the country due to his demonstrated qualities of courage, self sacrifice, integrity, strength of character and commitment to the cause of the nation.

contribution to the national cause does not go waste. To ensure the same all out efforts should be made to maintain him at a highest pedestal