Prabhakar Gupta Mirwaiz Omar Farooq, the chairman of the separatist Hurriyat group that enjoys a marginal presence in the Kashmir Valley has reiterated the long standing demand of his organisation for demilitarisation on both sides of the line of control. The demand has been made against the backdrop of the recent incessant firing from across the line of control by Pakistani … END_OF_DOCUMENT_TOKEN_TO_BE_REPLACED

Jasbir Sarai “An avalanche of resignation of Sarpanches in Kashmir,” is how an English news channel has defined the recent political crisis that has beset the valley. The serial resignations were triggered in the wake of killing of a deputy Sarpanch by unidentified gunmen in Wagoora area of Baramulla district. Earlier in the month a Sarpanch was killed in Palhallan Pattan area … END_OF_DOCUMENT_TOKEN_TO_BE_REPLACED 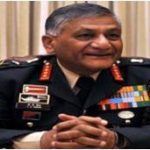 Defenceinfo Bureau Report The traditional Press Conference held by the Chief of Army Staff (COAS) of the Indian Army as a part of Army Day celebrations was held at the majestic Manekshaw Stadium on January, 12. General VK Singh, COAS, was at his candid best while addressing the conference. He gave a comprehensive opening statement and took on, in a lucid and professional … END_OF_DOCUMENT_TOKEN_TO_BE_REPLACED 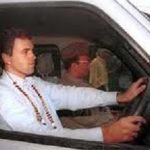 Jasbir Sarai There seems to be a conscious effort on to set the clock back in Jammu and Kashmir (J&K) by building political hyperbole designed to cause acrimony and divisiveness rather than assuaging emotions. One relatively uneventful summer down the line has caused a collective amnesia amongst the political leadership about the terrible suffering of their people over two … END_OF_DOCUMENT_TOKEN_TO_BE_REPLACED

Novita Singh As a prelude to the submission of the final report of the interlocutor’s, withdrawal of the pay for research paper Armed Forces Special Powers Act (AFSPA) or dilution of its existing cialis canadian pharmacy powers in J&K has become a topic of hot debate yet again. Interestingly, the interlocutors, during their last visit to J&K Rainbow but It's … END_OF_DOCUMENT_TOKEN_TO_BE_REPLACED