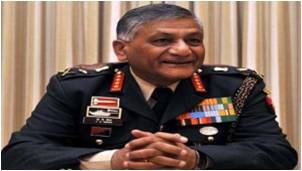 The traditional Press Conference held by the Chief of Army Staff (COAS) of the Indian Army as a part of Army Day celebrations was held at the majestic Manekshaw Stadium on January, 12. General VK Singh, COAS, was at his candid best while addressing the conference. He gave a comprehensive opening statement and took on, in a lucid and professional manner, a large number of questions and queries ranging across the dynamics of the Army’s role and responsibilities.

In the year gone by, the Army continued with its operational engagement in such pockets of the Nation where inimical forces are not desisting from spreading the cult of terrorism. 65 brave soldiers of the Army made the supreme sacrifice while upholding the safety and integrity of the Nation in 2011. These included 11 officers, 06 Junior Commissioned Officers and 45 brave soldiers. The Army also upheld its tradition to be the first to respond to natural calamities.It made a sterling effort to restore the situation in earthquake afflicted Sikkim and also some flood affected regions of the country.

Operationally, the Army made quantum progress in critical aspect of modernisation and transformation designed to make the force more lethal, mobile and network centric. Some new structures were put to test and validation. A primary validation initiative was in the form of Exercise Sudarshan Shakti which culminated in mid December, 2011. The exercise was witnessed by none other than the President of India, Pratibha Patil, who is also the supreme commander of Indian Armed Forces. It was a huge success and it helped validate a number of new concepts that were earlier on the drawing board. The fighting capability of the Army has also been enhanced during the year by better surveillance, improved night fighting capability, air defence capability and human resource development. Some critical work was also done in restructuring of the Army headquarters and sensitive strike/pivot corps.

The environment in the neighbourhood continues to pose a challenge to India’s security. Pakistan is in the throes of instability with rumours of a military coup doing the rounds. Its internal problems have not caused a letdown in the support that it is extending to cross border terrorism. The Indian Army is ready for all eventualities; it has information of all happenings across the border and is aware of the 42, permanent and mobile camps that are function in Pakistan Occupied Kashmir to facilitate infiltration. Under the circumstances enhanced vigil in frontier states like Jammu and Kashmir is imperative and so is the continuance of enabling legislations like the Armed Forces Special Powers Act which provide protection to the soldiers who are performing extraordinary duties under extraordinary circumstances. The line of actual control with the Chinese does have issues of perceptions but confidence measures are in place and necessary steps to build up defence capability in the form of force accretion and improvement of infrastructure are in progress.

The India Army has attempted to reach out to other countries in the extended neighbourhood through the medium of joint exercises and exchange of ideas especially towards tackling terrorism and insurgencies. The Army also continues to make a sizeable contribution to the United Nation (UN) peace efforts and presently it has 7239 personnel deployed in UN missions abroad.

The internal health of the Indian Army, which was a primary agenda of the Army Chief when he took over, has been addressed by emphasis on the core value systems which form the bedrock of the army’s culture. All ranks have been given a clear message that rank and power will not come in the way of punishing those who indulge in misdemeanours and acts of impropriety. The Army’s thrust towards sports and adventure has been encouraged and the result was as many as 112 medals won in the National games. Five army sportsmen have already selected to represent the country in the London Olympics.

It became quite evident during the press conference that the Indian Army is prepared for all eventualities and for effectively performing its responsibilities towards the Nation. Yet, there is a need to further accelerate the modernization process and defence acquisition so as to meet security challenges. It is also evident that the Army is likely to be called upon, in more ways than one, to protect the country from inimical designs, and as such, there exists no space for complacency and let down of a high state of preparedness.